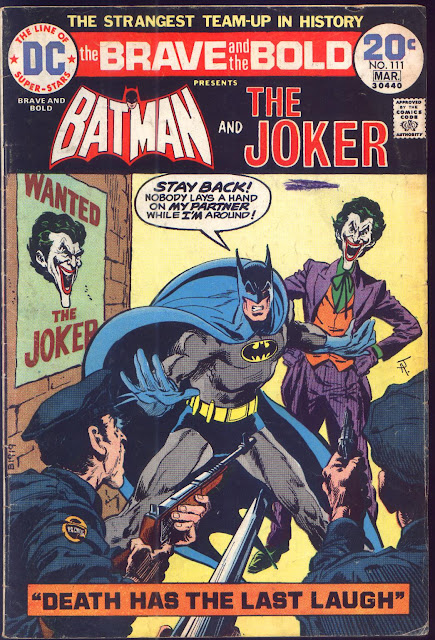 Today's fabricated 100-pager is a tiny bit different from past editions of 100-Page FAKES!, only because The Brave And The Bold actually was published in the Super Spectacular format. B & B expanded to 100 pages for issues # 112 through 117. I was never happy with the reprint selections in those issues, so I figure we go back now to The Brave And The Bold # 111 and make the switch to Super Spec one issue earlier than the real-world version.

"Death Has The Last Laugh" was one of The Joker's first appearances after "The Joker's Five-Way Revenge!" in Batman # 251, the Denny O'Neil-Neal Adams blockbuster that returned The Batman's greatest foe to his murderous roots. I'm pretty sure this B & B was the first time we saw The Joker after Batman # 251, and writer Bob Haney certainly runs with the character's new-old characterization. This is the interpretation of The Joker that everyone knows now; in 1973 and '74, it was a radical break from the Clown Prince Of Crime that had been The Joker's image for decades. At the age of 13, I was just blown away by "The Joker's Five-Way Revenge!," and I was disappointed by Haney's follow-up, which appeared just a few months after Batman # 251. 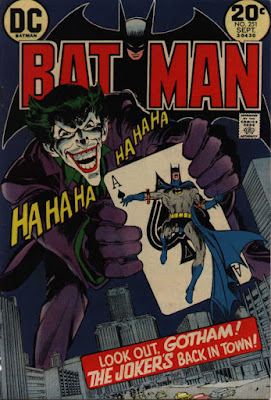 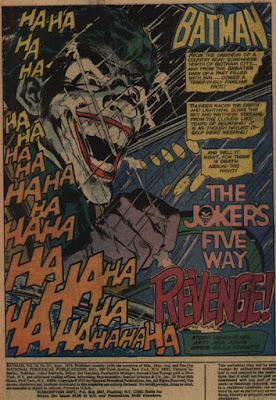 Looking back on it now, though, Haney's "Death Has The Last Laugh" suffers only from having to follow a classic, and I'd say it's superior to O'Neil's own next Joker story "This One'll Kill You, Batman!" in Batman # 260. It's dark, moody, tense, and exciting, and it benefits greatly from yet another standout performance by artist Jim Aparo. Between Adams, Aparo, and the underrated Irv Novick (who drew "This One'll Kill You, Batman!"), The Dark Knight was in very capable hands at the drawing board in this era.

My beef with the reprints in The Brave And The Bold # 112-117 was that they seemed staid and stiff, and included no Golden Age material whatsoever, nothing earlier than the '50s. Given this chance to right that wrong in 100-Page FAKES!, I respond with a selection of reprints containing...um, no Golden Age material, nothing earlier than the '60s. Man, I'm gonna write a stern letter to me complaining about me.

But as I assembled this package of reprints to support the lead story of The Batman teaming with his worst enemy, it seemed that a collection of some of Batman's strangest team-ups would work best. I threw in the final page of a '40s Batman newspaper serial featuring The Joker, but otherwise stuck with the Silver Age for The Caped Crusader's encounters with Enemy Ace, The Creeper, and...Jerry Lewis?!

Yeah, I had to include The Dynamic Duo's meeting with ol' Jer. In the notebooks I used to keep in this early '70s time frame, one of the 100-Page Super Spectacular notions I jotted down was a "Grab Bag" edition that would include a reprint of Batman and Robin's 1966 meeting with Jerry Lewis. That story originally appeared in DC's The Adventures Of Jerry Lewis # 97, which has never been reprinted, probably will never be reprinted, and which I hadn't yet read when I was 13. The same licensing restrictions that prevent DC from reprinting any of its Jerry Lewis stories would have scuttled any thought of slipping "Batman Meets Jerry" into a Super Spec. But the rules are different here in the Boppinverse, so this epic team-up finally takes its proud place in Brave And Bold history.

The Boppinverse does recognize the copyright concerns of this pesky real world, which means we can only share a few pages to represent this imaginary 100-pager publicly. My subscribers get to see the whole thing, as a thank-you for being subscribers. I love you guys! Meanwhile, here's the information on where these stories came from:

Batman and The Creeper in "And Hellgrammite Is His Name!," The Brave And The Bold # 80 (October-November 1968)

All material is copyright DC Comics Inc, except for the late Jerry Lewis, who appears courtesy of Buddy Love. No flavens were harmed in the making of this LAAAAAAAAAdeeeeeee! AND NOW: They're brave! They're bold! They're...a little odd. And here they are. 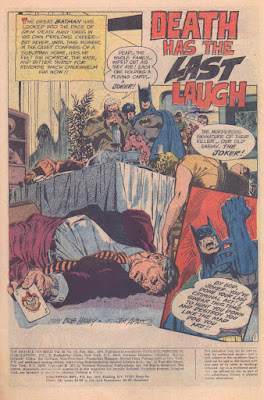 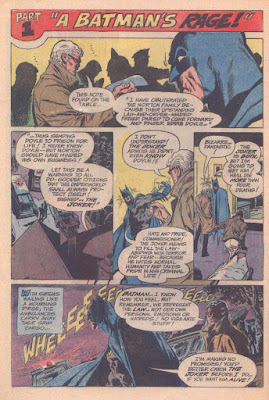 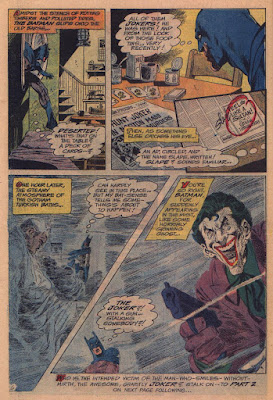 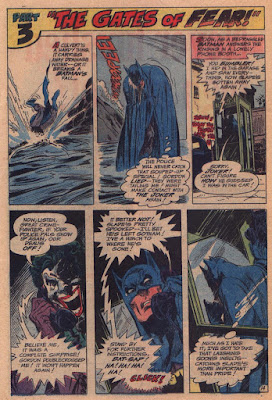 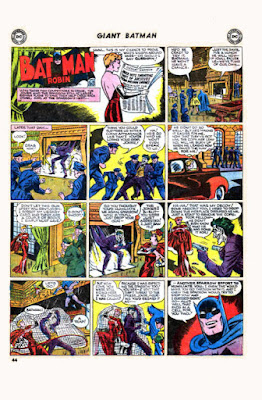 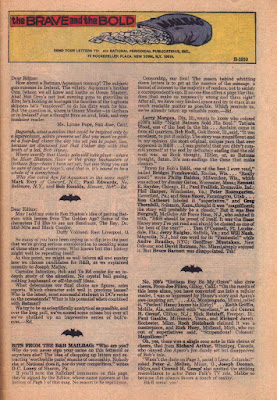 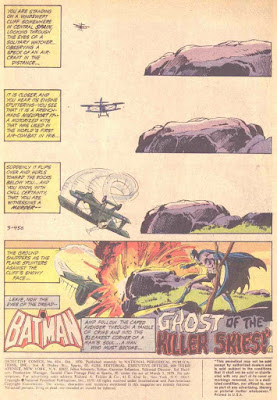 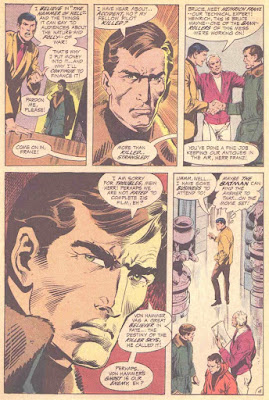 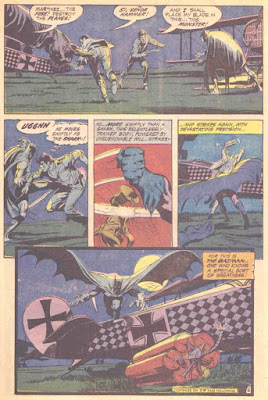 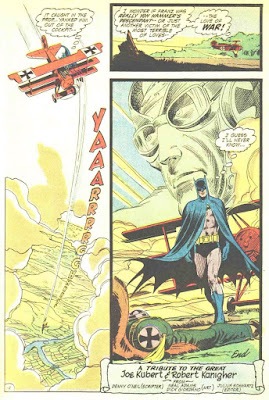 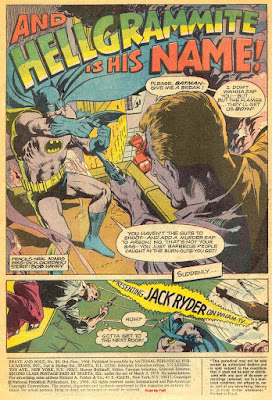 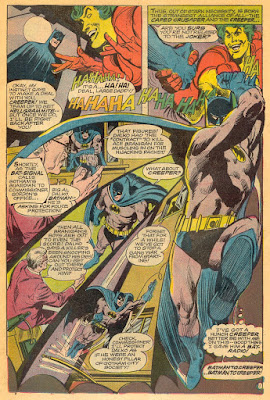 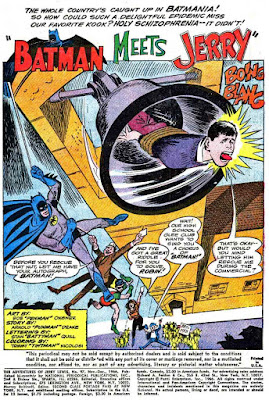 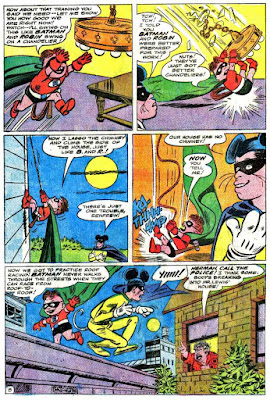 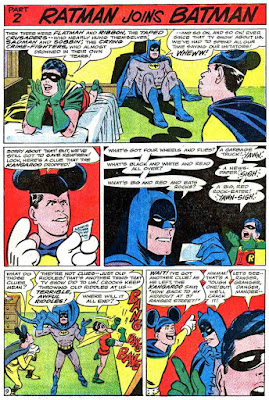 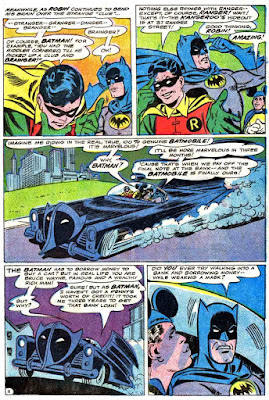 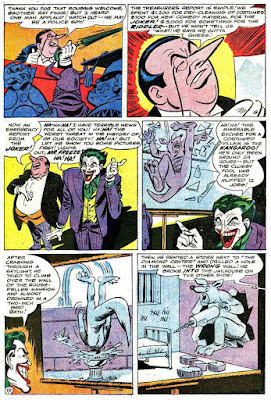 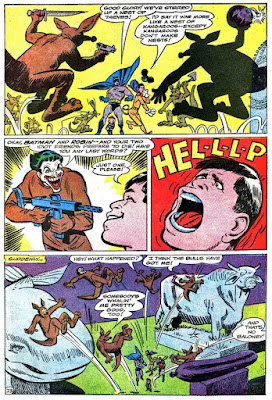 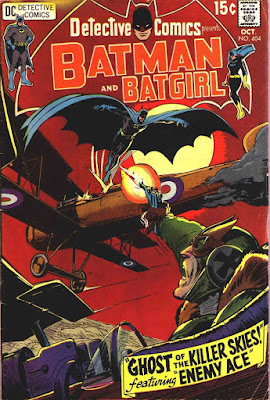 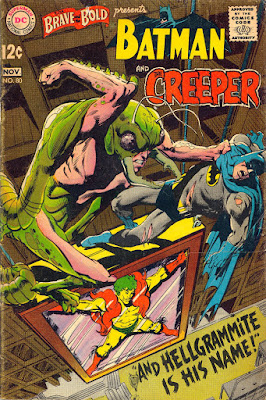 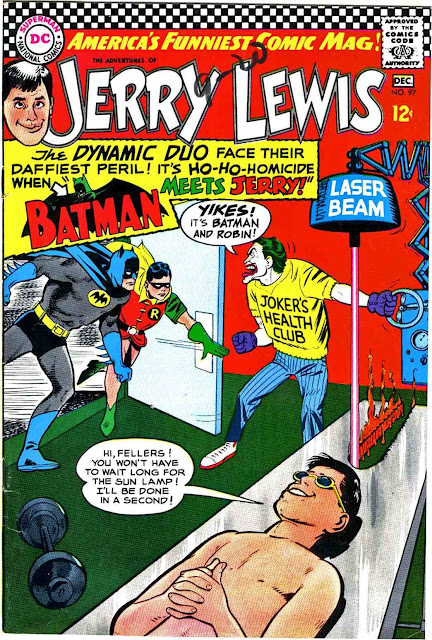 Posted by Carl Cafarelli at 9:04 AM