THE GREATEST RECORD EVER MADE: "Rock And Roll Love Letter"

This was distributed privately to paid patrons of Boppin' (Like The Hip Folks Do) on September 1st, 2018. This is its first public appearance. You can become a patron of this blog for just $2 a month. 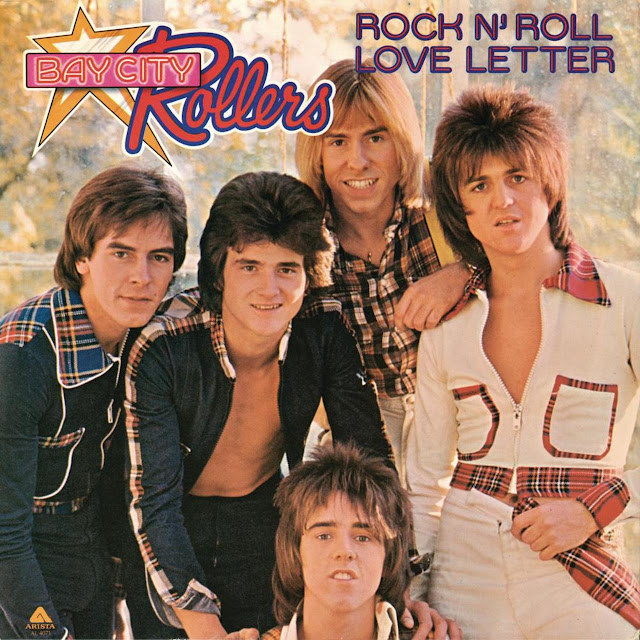 No one believed that particular bit of hype. I don't recall the phrase "boy band" as part of the pop music lexicon in 1975, but it would have fit The Bay City Rollers like a Tartan glove. I was initially indifferent to them. As a discerning 'n' worldly 15-year-old Beatles fan, I thought the very notion of these Scottish wannabes, with their chanted S! A! T-U-R! D-A-Y! NIGHT!!, ever becoming a John, Paul, George, and Ringo just ludicrous. I dismissed them on that basis. 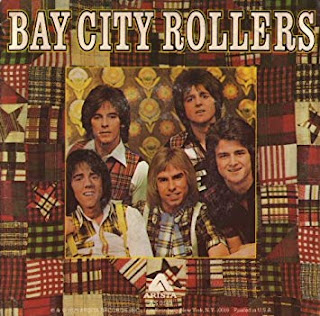 TV personality Howard Cosell took the hype seriously (though I betcha he didn't really believe it either). In '75, Cosell was launching a new live variety show called Saturday Night Live--not the famous one--patterned after The Ed Sullivan Show. Given Cosell's goal to be the next Ed Sullivan, he wanted to introduce the next Beatles to the U.S. The Bay City Rollers made their American television debut on Howard Cosell's Saturday Night Live. Again, not the famous one.

But slowly--and then more quickly--my indifference and dismissal began to yield to curiosity and burgeoning interest. I liked the idea of rockin' pop teen sensations, The Beatles, The Dave Clark Five, Herman's Hermits, The Monkees, even (one could argue) The Raspberries. I liked rockin' pop songs meant to be played on the radio, from Badfinger to Johnny Nash to KISS. "Saturday Night" wasn't a bad record; as I gave it a fair listen, it turned out to be a decent record. The Rollers' second U.S. hit "Money Honey" was even better. And their third U.S. hit...well, we're getting ahead of ourselves. 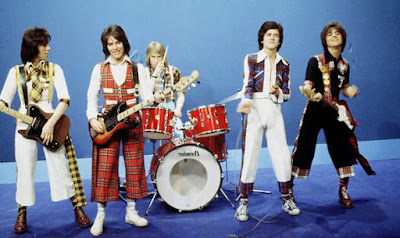 By the time The Bay City Rollers invaded America, they had already been stars in the UK. The group formed as The Saxons in 1966, with original members including lead singer "Nobby" Clark, bassist Alan Longmuir, and drummer Derek Longmuir, Alan's brother. The Saxons became The Bay City Rollers, and had a UK hit with a cover of The Gentrys' "Keep On Dancing" in 1971. Follow-up singles, including a little something called "Saturday Night," did not match the success of "Keep On Dancing." The line-up evolved, as guitarist Eric Faulkner became a Roller, and "Remember (Sha La La)" returned the group to the UK Top Ten. Clark split, replaced by new lead singer Les McKeown, and guitarist (later bassist) Stuart "Woody" Wood joined. McKeown, Faulkner, Wood, and the Longmuir brothers became the  Rollers we know, and British stardom ensued. Hit singles. TV shows. Teen magazines. The Bay City Rollers were the idols of young lasses across the British Isles in 1974 and '75. In late '75, the colonies beckoned. Howard Cosell. "The next British phenomenon." "Saturday Night," a # 1 hit in America with a new version of a song that had never even charted back home. Success. International success.

Success, and immediate, everlasting scorn. That's the price of being called the next Beatles. That's also the price of actively courting an audience of adolescent females, young girls who'll swear to love you forever, and plaster their bedrooms with craven images of their idols, only to outgrow you and move on. Ask David Cassidy, or Davy Jones before him. The Bay City Rollers' music was not--and would never be--taken seriously.

Some of it deserved better. 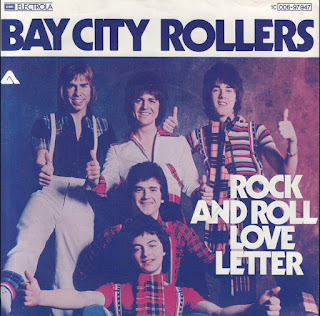 I'm not trying to make a case for The Bay City Rollers' induction into The Rock And Roll Hall Of Fame. But I will insist there are true gems within the Rollers canon. "Rock And Roll Love Letter" is one such gem.

"Rock And Roll Love Letter" was written by Tim Moore, who recorded the original version for his 1975 album Behind The Eyes. It was a perfectly fine pop ditty. Its simple charm was transformed into something greater in the unlikely hands of The Bay City Rollers. The Rollers discarded extraneous lyrics about being crazy to express themselves this way, revamping and renovating the song's basic structure. They replaced the easygoing sway of Moore's instrumental opening with a quick rat-tat of drums, guitars then taking over to assume command of your heart, your soul, and your radio. It was louder. It was pop. It was a manifesto. I feel an ancient rhythm in a man's genetic code/I'm gonna keep on rock 'n' rollin' 'til my genes explode.

A rock and roll love letter.

Few would ever give The Bay City Rollers the credit they deserved. Boy band. Pop stars. A guy I knew once referenced the great British group The Records and their own subsequent cover of "Rock And Roll Love Letter," hailing The Records for rescuing the tune from the crass, clueless clutches of the deplorable, disposable Rollers. The comment made my blood boil. Now, The Records were a fantastic group; "Starry Eyes" is also The Greatest Record Ever Made, and it's not even my favorite Records record (which would be "Hearts Will Be Broken"). The Records' version of "Rock And Roll Love Letter" is lovely.

It does not surpass the Rollers. 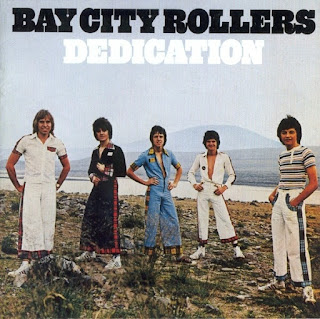 Without recognition from critics and pundits, The Bay City Rollers comforted themselves with the cool lucre of continued chart success for a little while longer. The American Rock And Roll Love Letter LP included a fabulous, group-written power pop song called "Wouldn't You Like It," which shoulda been a single, shoulda been a hit. Alan Longmuir left the group, replaced initially by Ian Mitchell, who was replaced briefly by Pat McGlynn, and then replaced by no one as The Bay City Rollers became the next Fab Four, in number anyway. In the U.S., there were still a few more hits: a cover of Dusty Springfield's "I Only Want To Be With You," the dynamic "Yesterday's Hero" (originally an Australian hit for Paul Young, written by Harry Vanda and George Young of The Easybeats), "You Made Me Believe In Magic," and "The Way I Feel Tonight." Their star faded. Tick-tock. Such is the finite shelf life of teen mania. Alan Longmuir returned. A 1978-79 Saturday morning kiddie TV show with Sid and Marty Krofft served as the epitaph for their career. Les McKeown split, acrimoniously. Faulkner, Wood, and the Longmuirs regrouped under the truncated name The Rollers (with new lead singer Duncan Faure, ex of South African group Rabbitt) and made some outstanding records that did not sell. The next Beatles had reached the end of their short and winding road. 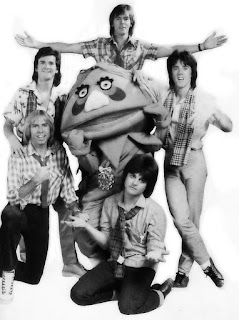 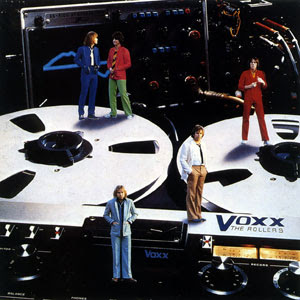 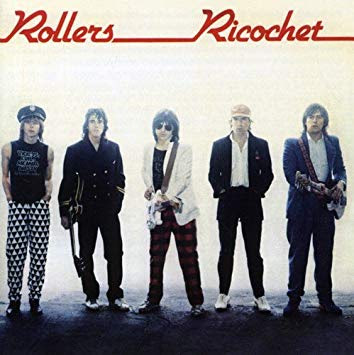 That's sales. That's popularity. That's the broader equivalent of the schoolyard milieu we hope to outgrow someday. Cliques. Crushes. Notes passed in class, clandestine fantasies of holding hands and meeting at the lips, adolescent wishes for the rapture of romance. The pre-teen dream. The fact that The Bay City Rollers catered specifically to that fantasy doesn't negate the occasional moments when they transcended it. Hey sister poet, dear brother poet, too.  "Rock And Roll Love Letter" exploded from the radio like an effervescent communique from an alternate world ruled by the virtues of pure pop. But I need to spend my body, I'm a music-makin' man/And no page can release it like this amplifier can.

The little girls still understand. Older and wiser, maybe we can all understand it. too. It is what it promised it would be: a rock and roll love letter. The words are true, and meant for you. Gonna sign it, gonna seal it, gonna mail it away. 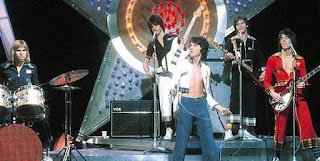 TIP THE BLOGGER: CC's Tip Jar!
You can support this blog by becoming a patron on Patreon: Fund me, baby!