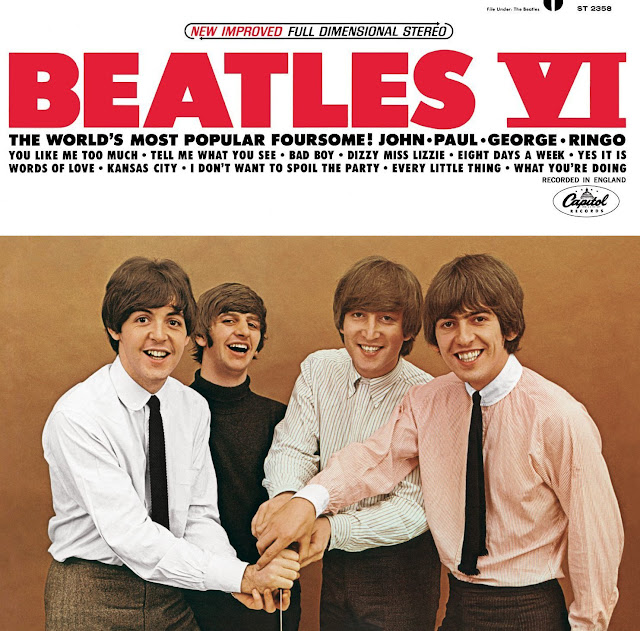 My favorite body of work in all of pop music remains the stuff The Beatles released from 1964 through 1966, basically A Hard Day's Night through Revolver, that monolithic opening chord through the hypnotic fadeout of "Tomorrow Never Knows." I adore the Fabness that preceded this period, and I do love Sgt. Pepper and beyond, too. But The Beatles, '64 to '66? There's just something about that run that knocks me out, without fail, without apology. Of course there's other great music I want to hear alongside that--I want to hear Pet Sounds, The Ramones, Chuck Berry, Wilson Pickett, The Kinks, P. P. Arnold, The Monkees, Big Star, The Isley Brothers, The Flashcubes, The Sex Pistols, KISS, Bowie, Lulu, Little Richard, Dusty Springfield, Prince, The Bay City Rollers, The Jam, Freddie and the Dreamers, ABBA, The Four Tops, Suzi Quatro, and...and...TURN IT UP!!

Where was I? Oh, right. Pop music. My point is that, for all the terrific, transcendent sounds I wanna hear again and again and again, if some chuckleheaded cosmic edict forced me to to limit myself to an endless loop of just one brief snippet of a rockin' pop c.v., I would select John, Paul, George, and Ringo, after '63, before '67. Final answer. 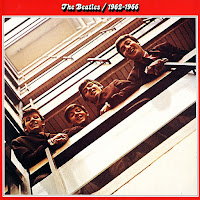 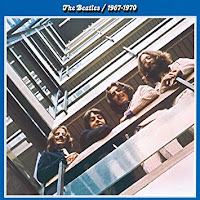 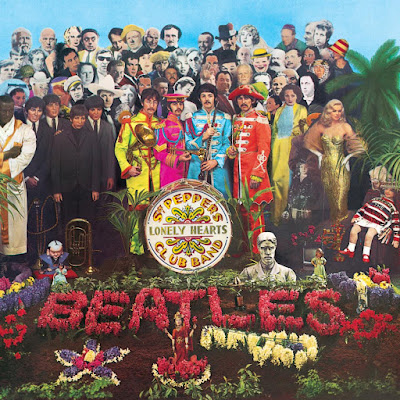 There are specific points of division among Beatles fans. The White Album, for example. But Sgt. Pepper would seem to be the defining line of demarcation between advocates of exuberant Beatle pop and apostles of mature Beatle Rock (mit einem capital R). Abbey Road is in the latter group, Rubber Soul in the former, that album's relative maturity notwithstanding. I love the latter group; I worship the former.

There are still lines within lines. Among those who may favor The Beatles' work before Sgt. Pepper, the emphasis is often on 1966. And man, it's difficult to argue with that. Rubber Soul was released at the very end of 1965, so it's really a 1966 album by most consideration. Beatles '66 includes both Rubber Soul and Revolver, two perennial candidates for Best Album Ever. 1966 is the natural habitat of "Nowhere Man" and the non-LP "Paperback Writer," irresistible singles that further the argument on behalf of '66; a 45 B-side, "Rain," is The Greatest Record Ever Made. With Rubber Soul, Revolver, "Nowhere Man," "Paperback Writer," and "Rain," it is perhaps understandable that 1966 dominates the discussion of The Beatles before Sgt. Pepper taught the band to play. 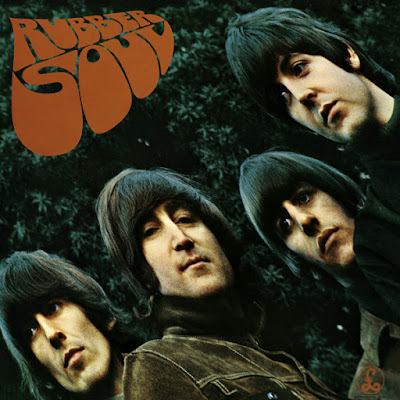 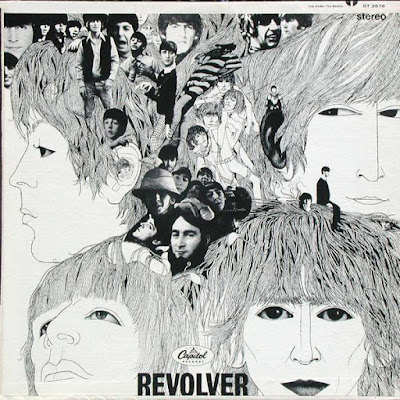 Few will speak as fervently on behalf of the group's output prior to Rubber Soul. The work isn't dismissed outright--that would be dumb--but it's not held in as high regard as the perceived masterpieces of 1966, or '67, et cetera. But me? Although I adamantly include 1966 within my toppermost/poppermost, I insist that the wonder of '64 and '65 belongs right up there with it.

I confess that I'm tempted to go back even further, to include the 1963 releases. I'm happy to exclude the 1962 debut single, "Love Me Do," which is fine but nothing really special. "Please Please Me" invents power pop in '63, and the immediate, incandescent rush of Beatlemania--"I Saw Her Standing There," "Twist And Shout," "She Loves You," "I Want To Hold Your Hand," "All My Loving"--is a palpable thrill from that second forward. There are days when I believe "Please Please Me" or "Thank You, Girl" (in its 1964 U.S. Capitol mix) must be The Greatest Record Ever Made, a title which an infinite number of the very finest records can claim, as long as they take turns. 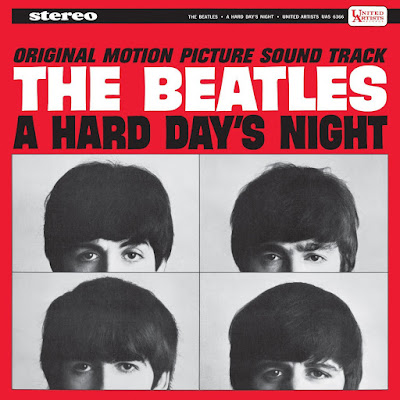 But no: 1964. A Hard Day's Night. The music The Beatles crafted for their feature film debut is a quantum leap beyond, embracing the moptopped frenzy of utter global domination and running into an open field with a triumphant exclamation. We're out! Top of the world, lads. A few of the songs on the soundtrack--"A Hard Day's Night," "I Should Have Known Better," "If I Fell," "And I Love Her"--already exude an unexpected maturity within a pure pop framework, and the same could be said of "You Can't Do That" and "I'll Cry Instead," written and recorded contemporary to the movie, but not used therein. This is not to slight the other soundtrack tunes; ain't nothing wrong with "Can't Buy Me Love," the Dave Clark Five pastiche "Tell Me Why," or the infectious "I'm Happy Just To Dance With You," which are (at worst) part and parcel of the transition from Great to GREAT, and even that sells 'em short. Your drive-my-car mileage may vary. As 1964 careens into '65, our Fab Four work with producer George Martin to become something...other. Something greater. To me, this is the very essence of the best of The Beatles. The tracks on the Help! soundtrack in 1965 are just incredible, as is the "We Can Work It Out"/"Day Tripper" 45. Moving to '66 again, the American hodgepodge LP Yesterday And Today (released between Rubber Soul and Revolver) is mostly scrumptious leftovers from '65 and '66 (including "Day Tripper," "We Can Work It Out," and "Nowhere Man," George's Byrds-like "If I Needed Someone," and Paul's obscure ditty "Yesterday"). Honestly, I can't imagine a more riveting collection of pop music than what The Beatles did in this magic span of '64 to '66.

And we've deliberately skipped past a couple of albums that are at the heart of it all for me, two crass commercial repackages slapped together by Capitol Records in '64 and '65, a pair of nearly-sequential releases (separated by The Early Beatles, itself a repackage of '62-'63 Beatles tracks Capitol had once rejected) that are my All-Time Top Two: Beatles '65 and Beatles VI. 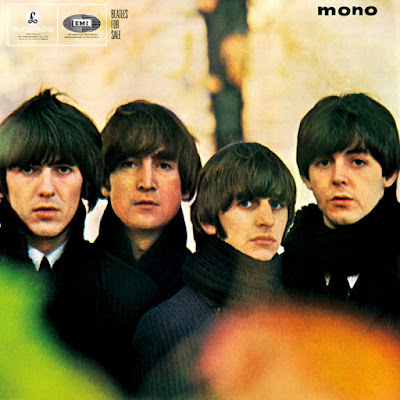 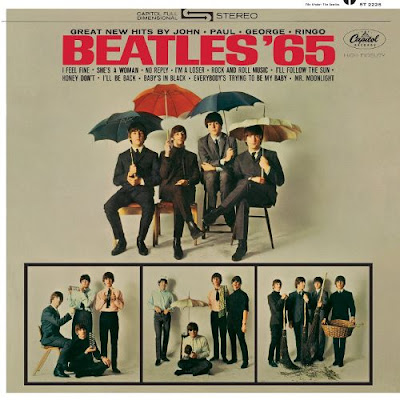 If I'd been born in the U.K. rather than the U.S.A., it's likely my view on specific Fave Rave Beatles albums would be at least slightly different. I was raised on the American LPs, which are not the same as even their nearest British equivalents. My pal Rich Firestone has asked me if I could consider the British Beatles For Sale album my favorite, since it contains almost all of the best material from both Beatles '65 and Beatles VI. He's right, of course--Rich is right a lot of the time--and objectively Beatles For Sale ought to be my favorite Beatles album. But I can't quite relinquish the history and emotional attachment I have to those two American hatchet-jobs. I love 'em. I love 'em in all their mutant, misbegotten, glorious splendor. And Beatles For Sale doesn't have the Larry Williams covers, "Dizzy Miss Lizzy" and "Bad Boy." 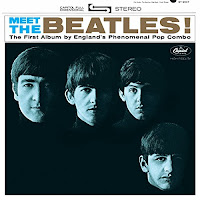 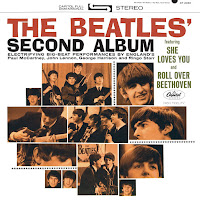 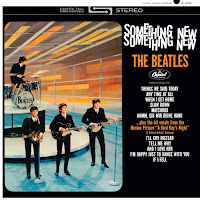 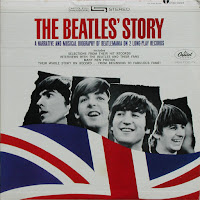 British pop LPs at the time offered a more generous number of tracks per album than a stingy American record company would care to match. The Beatles native label Parlophone was no exception, and Capitol was likewise as stingy as any other Yank label. U.K. albums with fourteen tracks routinely became American albums with eleven tracks. Combining this creative shuffling with various single sides that were non-LP in England allowed Capitol to streeeeeeetch its Beatles supply into more product. Beatles For Sale was The Beatles' fourth album; its U.S. counterpart Beatles '65 was Capitol's fifth Beatles album (counting the documentary cash-in The Beatles' Story), and Capitol by that point hadn't yet released any version of the group's debut LP Please Please Me. By the time Help! was released in England as The Beatles' fifth album, the American version (which was half Beatles, half Ken Thorne soundtrack music) was Capitol's eighth Beatles album. Take that, Colonials! 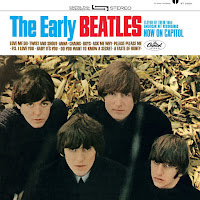 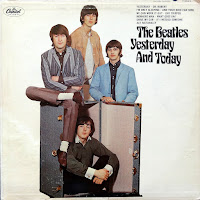 Although I give the edge to Beatles VI in my fave album coronation, I do regard Beatles '65 as part of that album's story and glory. Side One of Beatles '65 duplicates the sequence of the first six songs on Beatles For Sale: the incredible "No Reply," followed by "I'm A Loser," "Baby's In Black," Chuck Berry's "Rock And Roll Music" (the first Chuck Berry song I ever heard), "I'll Follow The Sun," and the much-maligned Dr. Feelgood cover "Mr. Moonlight." That is one hell of a great rock 'n' roll album side, even if Capitol did cut and save the final song on Beatles For Sale's first side (The Beatles' take on "Kansas City") for Beatles VI. And even if so many people seem to think "Mr. Moonlight" was the worst track The Beatles ever released; I like it! Side Two of Beatles '65 grabs two Carl Perkins covers from Beatles For Sale ("Honey Don't" and "Everybody's Trying To Be My Baby") with both sides of the "I Feel Fine"/"She's A Woman" single and "I'll Be Back" from the British version of A Hard Day's Night.

Beatles '65 is great. Beatles VI is greater. This album is just flawless, from its performances to the compelling rockin' pop ambiance of its sequencing. The album opens with "Kansas City" (later re-titled "Kansas City/Hey-Hey-Hey-Hey!" to reflect that it's a cover of Little Richard's medley of the two songs); it closes with the majestic "Every Little Thing," as pure and uplifting a pop track as The Beatles ever did. It takes all of the remaining six tracks from Beatles For Sale--"Kansas City," "Eight Days A Week," a sublime reading of Buddy Holly's "Words Of Love" (first Buddy Holly song I ever heard), "Every Little Thing," "I Don't Want To Spoil The Party," and "What You're Doing"--adds a couple of songs from the British version of Help! ("Dizzy Miss Lizzy" and "Tell Me What You See"), the first appearance anywhere of The Beatles' romp through "Bad Boy," and the "Ticket To Ride" B-side "Yes It Is." 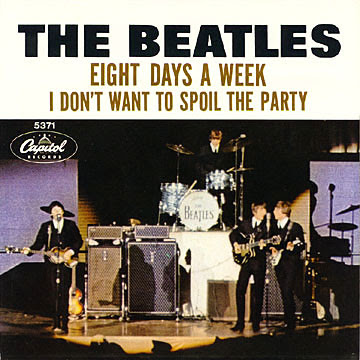 While this could all be a Philistine's recipe for artless background music, it is somehow perfect anyway. Each track is precisely where it should be. "Kansas City" bops with sure foot and steady gaze into the breezy AM sound of "Eight Days A Week," the casual confidence of "You Like Me Too Much," the raucous rave of "Bad Boy," the unforgettable assimilation of everything The Everly Brothers knew remade by Lennon and McCartney as "I Don't Want To Spoil The Party," and the sheer magic of "Words Of Love," one of the two finest Holly covers ever done. (Before you ask: The Rolling Stones' "Not Fade Away.") Side Two continues the victory lap, with the snappin' "What You're Doing," the nearly crooning "Yes It Is," the incandescent "Dizzy Miss Lizzy," and finally the pristine eins-zwei pop sweetness of "Tell Me What You See" and "Every Little Thing." 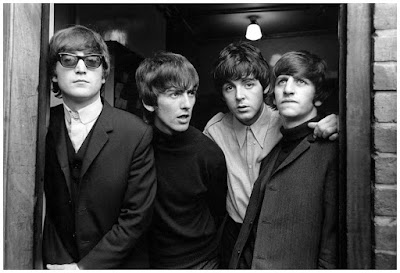 I know that this period of The Beatles' recorded legacy is not in the highest favor. Beatles For Sale is considered a lesser effort, an exercise in exhaustion manufactured on corporate demand as The Beatles did everything they could to avoid crumpling under the pressure of the mania they'd generated. The two American LPs it spawned are held in even greater disregard. I still insist they deserve better recognition.

Is Beatles VI really my all-time favorite album? Essentially, it is. I fudge the answer a bit by also talking about Beatles '65, and my ultimate imaginary 2-LP Beatles album would likely be a combination of the two that also includes the Beatle tracks from the U.S. version of Help!--I needs me some "You've Got To Hide Your Love Away" and "The Night Before," too. If Beatles VI were a 14-track British single LP, I'd shoehorn in '65 For Sale's "No Reply," "I'll Follow The Sun," and "Rock And Roll Music" to make a perfect album perfecter. In reality, I'll just keep on listening to everything The Beatles did from 1964 through 1966. But if I gotta pick one real-world LP, then Beatles VI it is. Honestly, there just isn't any album I love more than that one. 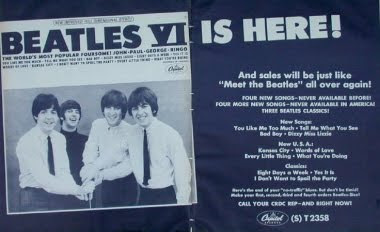 Posted by Carl Cafarelli at 9:33 AM