SINGERS, SUPERHEROES, AND SONGS ON THE RADIO: My Life In Pop Culture, Part 5


Continuing my reminiscence of listening to records and reading comic books while growing up in the '60s.  Collect em all!  Part 1 Part 2 Part 3 Part 4

In 1968, I was not a terrific traveler.  I was okay on a plane or a train, but I tended to get carsick.  So putting this queasy-feeling eight-year-old into a car for a trek from Southwest Missouri to Fremont, California was a daunting task.  It certainly frustrated my grandfather, who probably wanted to make better time than he was able to make with this chubby New York kid retching through every state along the way. 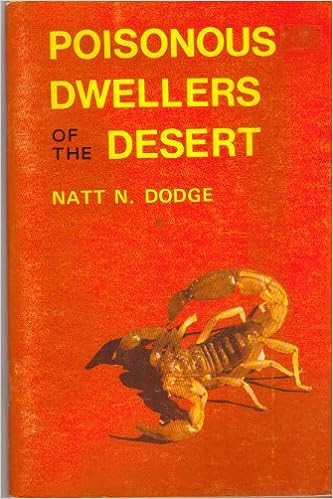 But we made it.  We didn't get our kicks on Route 66 (we were traveling north on the outbound journey), but we got there somehow, over the course of three days.  We stopped in Colorado, where I waded in a Rocky Mountain stream that was so frigid it made my ankles hurt; the water from that stream was cold and pure-tasting, and it made me feel better.  I recall stopping for the night in Salt Lake City, where all of the buildings seemed to be covered with stinkbugs.  At some roadside stop, I picked up a book called Poisonous Dwellers Of The Desert.  And I remember Grampa's station wagon parking in a driveway, and groggy little me wondering:  Where am I?  And who are these people greeting us?  And Mom answering, "Don't you recognize your cousin Mark?"

California.  Of course I recognized Mark.  It was time to wake up, and set foot in the Golden State.

Mark and I were pals.  I was almost a year older than him--still am!--but he was my favorite person.  Although there were times I could be a bit overbearing (and that was entirely my fault), we generally got along great.  We spent that time in California playing secret agents, worrying about (largely imaginary) poisonous insects, imitating Tiny Tim (whose shrill, falsetto rendition of "Tiptoe Through The Tulips" was a source of much mocking merriment), and watching reruns of both the Marvel Super Heroes cartoons and The Adventures Of Superman.  I hadn't seen the live action Superman in years, and I was delighted to re-acquaint myself with George Reeves' wonderful portrayal of the Man of Steel.  I ate tacos for the first time; I hated them, but I have since revised that opinion (and how!).  Cousin Cheryl also introduced me to a Mad magazine knock-off called Rude.  I don't believe I ever saw another issue of that. 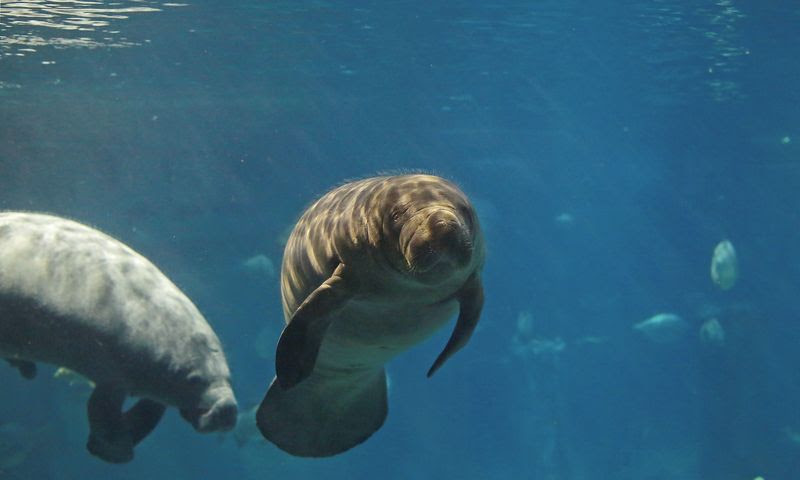 As noted above, the Stouts lived in Fremont, which is in the Bay Area.  While there, we visited the aquarium in San Francisco--cool!!   I got to see stingrays and manatees!  At the aquarium, my grandmother was standing by herself when a young male adult of hirsute description came up to her and asked, "Excuse me, ma'am. Are you a hippie?" Grandma stammered an answer of some sort, but the young hairball scampered away quickly when the rest of us approached.  The presumption among us was that Grandma's fuzzy new friend was about to mug her.  (In my mind, and in my memory, that guy was Charlie Manson.  Never mind that Manson was then nearly 400 miles to the South, in the Los Angeles area; don't bother trying to out-think a junior detective.)

But, speaking of Southern California, that was our next destination.  Split up between Grampa's station wagon and Uncle Charlie's car, our combined Missouri and New York group joined the Stouts for a trip to visit my Great-Grandmother Engel.  It remains the only time I've ever been in Southern California, and it was the only time I ever saw my great-grandmother.  She had remarried, and her husband gave me a set of bongo drums, which I still have.  At night, we looked at the stars through his telescope.  And we spent one magical day at Disneyland.

But, the morning after our Disneyland visit, it was time for the Stouts to return home to Fremont.  We remained in SoCal for a few more days.  I wasn't without an age-matched peer for long, as a female cousin I'd never met also joined us at that time.  I think her name was Laurie, and I don't remember much about her.  My only remaining memories of her are a dismissive note she wrote to me (saying "I only like you to play with"), and a vivid memory of walking with her to a nearby store.  At the store, I saw an Aquaman comic book that I really wanted, and she got pissed, warning me that if I bought it, she'd walk back to Grandma Engel's house without me.  Of course I bought it. We walked back separately. 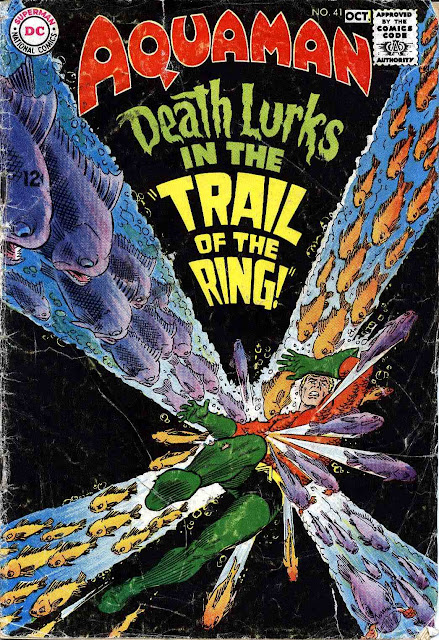 (This Aquaman book was an early chapter in a long serial--an unusual undertaking for DC Comics at the time--detailing Aquaman's search for his kidnapped wife, Mera.  I didn't get to read the whole thing until many years later, but it became one of my all-time favorite superhero runs:  quirky-but-engaging writing by Steve Skeates, absolutely gorgeous artwork by the great Jim Aparo, irresistible covers by Nick Cardy [Cardy is possibly my all-time favorite comics artist], and all of it overseen amiably by editor Dick Giordano.  Sorry, Laurie; buying Aquaman was well worth drawing your ire.)

There was a family picnic, where I saw many, many people with whom I shared some familial bond. I had--and still have--no clue who they were.  But Grampa told me to go say hi to my cousins, so I obediently went over to this big group of kids and said, "Hi, cousins!"  That is all I remember about that day.  I'm pretty sure we ate fried chicken.

And then it was time for us to return to Missouri.  We packed up the station wagon, and hit the road as dusk approached, hoping for cooler nighttime weather as we crossed the desert.  Shortly after we started out, we passed a drive-in movie theater; it was playing the 1966 Batman movie.  I could see Batman and Robin on the screen, racing on the water in their Batboat.  I wanted to stop.  Grampa did not agree.

I slept through the desert portion of the journey.  Upon waking, I was told that I was fortunate to have been asleep, because it had really been hot in the desert, even at night. We drove through Arizona, New Mexico, Texas, and Oklahoma.  Grampa begrudgingly agreed to stop at a roadside tourist attraction, just so I could see a rattlesnake in a cage.  I would have to agree with him that it really wasn't worth stopping.

Back in Missouri, with time for another trip or two to the pool in Aurora, and for maybe another few comic books off the spinner rack at Ramey's Grocery Store.  But the summer was ending, and we were soon on a plane back to Syracuse. 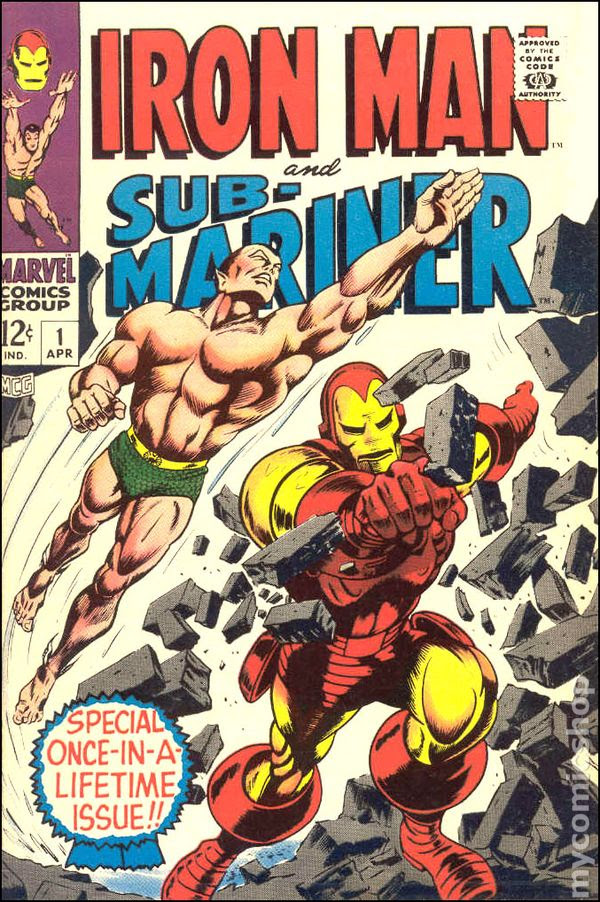 Arriving home, I was immediately hit with unwelcome news:  the Doyles, our neighbors from two houses over, were moving to Liverpool.  Like...now.  Sharon and her brothers had been my friends since the dawn of memory.  I hated to see them go.  Hated it.  It wasn't the first time I'd lost touch with a friend--Dave Pratt had already moved to faraway Toledo, Ohio, and I never did see Mary Rose Tamborelli again after Aunt Connie died--but this hurt.  For you out-of-towners, I should mention that Liverpool was just another Northern suburb of Syracuse; the Doyles weren't exactly moving to East Berlin.  But it was farther than I could ride on a bike, and that was...well, that was it.  We remained in touch for a bit.  I stayed at the Doyles' house in Liverpool one weekend in 1969, but time, tide, and different schools pulled us apart.  I ran into Sharon once or twice when we were teens, and a few times as adults; aside from the unfortunate circumstance of their dad's calling hours a couple of years ago, I haven't seen Sharon's brothers since we were all kids.  I never imagined that we would grow up apart from each other.

Third grade beckoned.  It was a Presidential election year, so we were all asked to vote in a poll at school.  I remembered hearing my brother Rob take a public opinion poll recently; asked to state his political party, Rob answered "Liberal."  Well, I was always eager to be more like my brother.  Looking at the choices presented, neither Republican Richard Nixon nor Democrat Hubert Humphrey seemed quite right, so I tried to emulate Rob by voting for the third choice; I voted for George Wallace.  I don't think that's quite how Rob would have voted.

Nixon won the class poll, and as goes Bear Road Elementary School, so goes the nation. Mom and Dad voted for Humphrey.  They always were smart folks, my Mom and Dad.

One good thing about Election Night 1968:  one of the TV channels was running a double feature of The Beatles' first film A Hard Day's Night and a Jerry Lewis movie called Cinderfella.  I had seen both before, and was happy to see 'em again.  My Dad was not so happy when he and Mom got home and discovered I wasn't in bed yet. 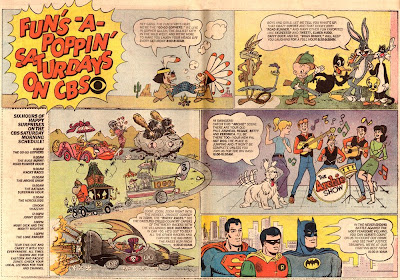 And Batman was back on TV again already!  The Dynamic Duo returned in the form of new cartoons (paired with 1966 Superman cartoons) on The Batman-Superman Hour.  Guess I wasn't the sole remaining superhero fan.

My miracle year of 1968 ended with the school Christmas Pageant.  Each year, Mrs. Richards' third grade class put on a production of Dr. Seuss' How The Grinch Stole Christmas; I'd seen at least one previous production.  I tried out for the lead role, growling and grimacing, bellowing meanness at the top of my lungs and throat, and from the bottom of my pitch-black soul.  I got the part.  And I killed. We put on several performances, at Bear Road and at other locations.  My performance was the buzz of North Syracuse.  My Dad--who never missed anything I did--had to work, and never got to see me as the Grinch.  But people--strangers--walked up to him the next day at the Post Office, and raved about this loud, expressive little kid they'd seen play the Grinch the night before.  I had laryngitis for a week, maybe more.  And I was legend. 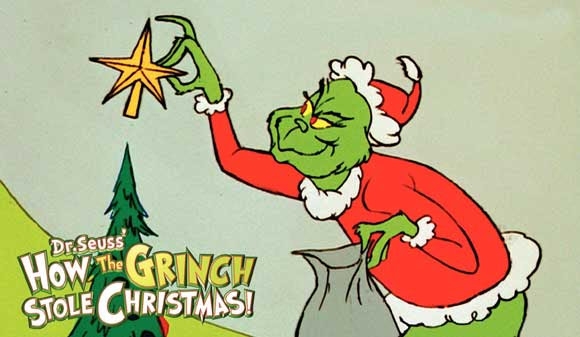 (Laugh if you will--and you probably should--but my performance as the Grinch followed me around for years.  Literally.  In middle school, high school, even years later at a bar, when I went to see Joey Molland's Badfinger, people would randomly walk up to me and say, "Hey!  Weren't you the Grinch?"  Author Jeanne M. Cavelos was also in my class, and she played the role of the Grinch's sidekick, Max; when I saw her at a book-signing in the '90s, her friend Jamie (another classmate) looked up, saw me, and blurted out, "Are you Carl?  The Grinch?"  Jeanne also looked up, and said, "Oh my God, it is the Grinch!")

Mrs. Richards' third grade class used to perform How The Grinch Stole Christmas every single year. After my performance in 1968, she never staged the play again.  Annus mirabilis.  This was 1968.


NEXT:  TV TIME! An interlude drenched in cathode rays.

Posted by Carl Cafarelli at 9:19 AM