Paradise Does Not Believe In Tears

This is the tentative beginning of a sequel to my Batman and Aquaman pulp story The Undersea World Of Mr. Freeze. Not sure if I'm going to bother to finish it, or just leave it as is. I have a vague idea of expanding this narrative into a multiple-chapter storyline, bringing Batman into contact with many other DC Comics characters (like a multiple issue run of the Batman team-up comic book The Brave And The Bold in the 1970s). We'll see. For now, it's just this little tease. Please let me know what you think. 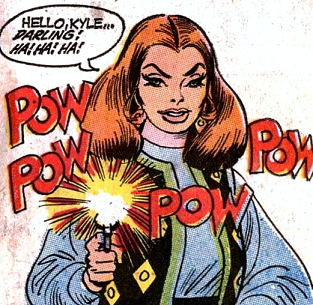 Ruby Ryder was one tough dame. It wasn't a criticism to say so; she welcomed the description, relished it, and wanted everyone in Gotham City to know it was true. Sure, Ryder had beauty, brains, unimaginable wealth, and the power of her position. But more importantly, she had the wit, the cunning, the guile, and the sheer will to use all of her weapons with ruthless efficiency. Tough? Yeah, Ruby Ryder was tough. And even the dread Batman didn't scare her.

The Batman. Her contempt nearly prompted her to snort audibly, as she sat alone in her office, in her tower, overlooking the gnats that scrambled in the streets below, lowly workers crawling elsewhere to home and hearth as the work day concluded. She would sneer at them if she bothered to think of them at all. But no, her thoughts had wandered to the image of The Dark Knight. The threat of The Batman's swift and terrible vengeance had made so many would-be conquerors cower and quake, forced them to whimper like whipped dogs. Not Ryder; The Batman had thwarted her plans in the past, tried to have her imprisoned--Her! Ruby Ryder!--but her lawyers and lucre were far more formidable than a scary man in a cape. Let others fear The Batman. To Ruby Ryder, he was just a nuisance, just one more petty annoyance for her to remove. The Batman was not as tough as Ruby Ryder.

But something was different on this chilly evening, as the sun above Gotham weakly surrendered its claim on the day, allowing the skyscrapers to cast the long shadows that would soon become night. A light snow continued; it had been snowing, on and off, for over a week, but not accumulating. The wisps of dirty snow had vanished each morning, sentencing children to another day at school without the possibility of a snow day's parole. But, since yesterday, the snow had seemed more ominous to everyone, even a tough customer like Ruby Ryder. The snow served as a cold, cruel reminder of what Mr. Freeze had done.

Ryder returned to her desk and reflected upon the memory of the previous day (detailed in our last chapter, The Undersea World Of Mr. Freeze). Across Gotham, across the country, around the world, people had seen lost loved ones returned from beyond the grave, free to live and love once again, thanks to the merger of Aquaman's Atlantean mysticism and Mr. Freeze's cryogenic science. A world wept with joy and amazement as the curtain between life and death lifted, tantalizingly, promisingly, a miracle reunion with all of our cherished departed, an impossible dream about to pass from fantasy to fact.

And then it was lost. Forever. Mr. Freeze's fury at being denied this reunion with his own late wife Nora chilled the hearts of all who had hearts. But everyone, all across this tear-stained globe, was also dealing with the hopelessness they themselves felt within. They'd all seen someone, or even many someones, lovers and friends, parents, children--everyone on Earth has lost someone at some time, and now those losses were all felt again, keenly, like a fresh wound that could never heal. Even The Joker had seen someone. The Joker was not laughing today.

But Ruby Ryder had seen...no one. She had looked to see the face of her brother Roger, the only person who'd ever meant a damn to her in this life; brother Roger, taken from her in a fatal accident a decade ago. Roger should have appeared before her during this damned frozen Rapture. But he hadn't.

Ryder slumped in her chair. Alone in this vast office, she sobbed quietly to herself. He hadn't.

Ryder's sadness was interrupted by a buzz on her intercom. Barely containing her anger--and, frankly, her embarrassment at this loss of self-control--she answered with a terse What?

The tinny voice stammered an answer, I'm sorry to interrupt, Ms. Ryder. Sorry! You wanted to be informed when Colonel Trevor arrived, ma'am?

Steve Trevor. The Army's fair-haired boy. Yes, Ryder had been expecting him. Keep him waiting another fifteen minutes, then send him. Ryder's composure returned. And she thought to herself, Let's see just how tough this Steve Trevor is. 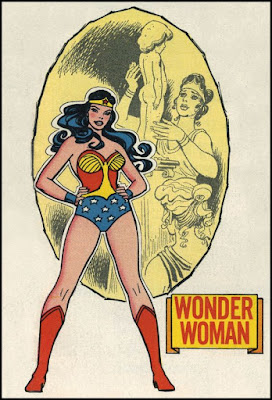 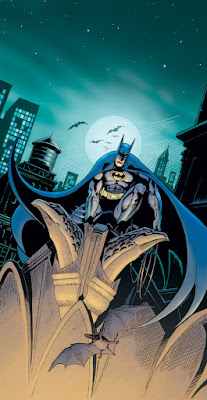