THE GREATEST RECORD EVER MADE: That Thing You Do!

An infinite number of songs can each be the greatest record ever made, as long as they take turns. Today, THIS is THE GREATEST RECORD EVER MADE! 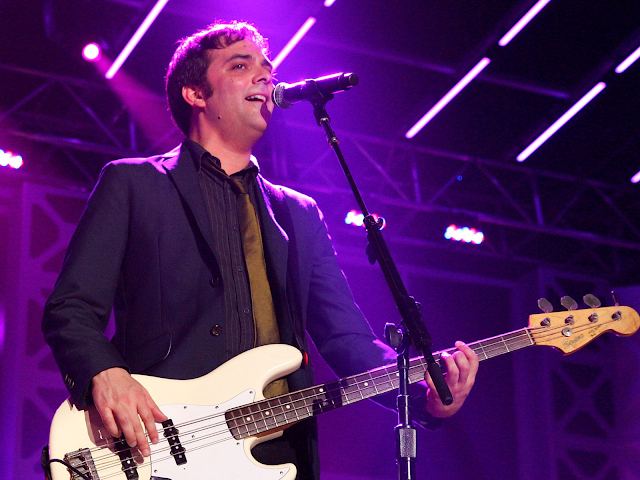 Singer, songwriter, musician, and producer Adam Schlesinger was born on October 31st of 1967. He was too young to really remember the 1960s, on the scene too late to experience Beatlemania, the British Invasion, the debut of The Monkees, the effervescent zeitgeist of a pop music revolution that encompassed Motown, The Dave Clark Five, Paul Revere and the Raiders, Lesley Gore, The Knickerbockers, girl groups, surf groups, and James Brown on The TAMI Show. He did not grow up watching Shindig! and Hullabaloo on TV, he would have only seen Batman and Star Trek in syndicated reruns. He wasn't yet two years old when Neil Armstrong declared one small step for a man was one giant leap for mankind. He lived the first years of his life in the '60s, but he could not possibly have retained any substantive memories of that defining decade.

Somehow, Adam Schlesinger served the best pop legacies of the '60s with greater grace and verve than anyone else you could name. He did it the only way a creative soul knows how to do it: instinctively, intuitively. Artfully. He didn't experience the wonders of the '60s first-hand. But when one of his projects called for it, he could conjure an effective flash of period verisimilitude untainted by mere nostalgia or bloodless hucksterism. It was just that thing he did.

All of the above kinda side-steps what most would consider Schlesinger's greater body of work, with his groups Ivy and Fountains Of Wayne, and also the bulk of his voluminous film and television songwriting and production credits, from There's Something About Mary through Crazy Ex-Girlfriend. I can't even apologize for my tunnel-vision in that regard. Because Schlesinger was essential to two '60s-related gems that have meant the world to me. In 2016, he produced The Monkees' triumphant Good Times! album, a highlight in an otherwise-miserable year. a year that robbed us of Prince and David Bowie (among others) and exchanged them all for the awful reality of a President-Elect Trump. And in 1996, he channeled everything I loved about the '60s into a magic, frothy concoction that served as the title theme for my favorite movie, That Thing You Do! 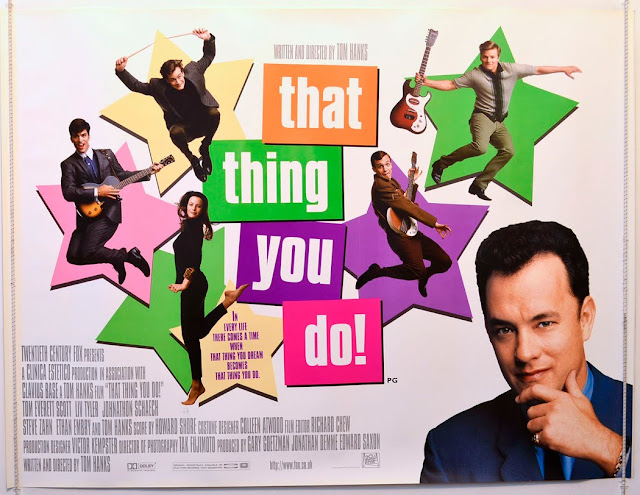 Actor Tom Hanks made his directorial debut with this light-hearted little romantic comedy about The Wonders (formerly The One-ders), an unknown Erie, PA rock 'n' roll group that manages to score a big hit single in 1964. These fictional one-hit Wonders are a quartet of archetypes--the talent, the fool, the smart one, and the bass player--but the film executes the difficult task of making them seem plausible, real. There's a scene when the members of The Wonders all hear their song "That Thing You Do!" on the radio for the first time, and that scene precisely nails the giddy rush of rockin' pop music better than any other slip of celluloid I've ever seen. Yeah yeah yeah, even better than the entirety of A Hard Day's Night, which had been my all-time favorite film right up until that night at a movie theater in Cicero, NY in 1996, when my eyes and ears opened wide with glee at Hollywood's best-ever love letter to rock 'n' roll music.

And none of it would have or could have worked without the perfect song.

Adam Schlesinger provided that perfect song. Mike Viola of The Candy Butchers co-produced and sang lead; some say Viola also co-wrote the song, but declined to take a songwriting credit. The combined talents of Schlesinger and Viola crafted a stunning confection that steers clear of the quagmire of pastiche or parody, and captures the essence of fab and gear radio-ready 1964.

Schlesinger's legacy is greater than one perfect song he built for a movie, and more than a fantastic album he made with the surviving members of The Monkees. I'll let my many eloquent friends in the pop music community speak on behalf of Fountains Of Wayne, of Ivy, of Tinted Windows, and I've already heard testimonials to Schlesinger from many who met him, many who worked with him, many who feel this sudden loss as we all hear and try to process the awful news that Schlesinger has passed from complications related to goddamned COVID-19. Adam Schlesinger was 52 years old, too young to have remembered the '60s. Too young to be eulogized. Too young, for God's sake. Too young.

Our sense of loss as fans pales beside the losses of his family and friends, his children. We can only reflect upon what his music meant to us, and mourn from afar.

I mourn with something snappy, something I heard in a movie more than two decades ago, a movie which took place within a cherished era three decades before that. Adam Schlesinger couldn't have remembered that era. But he captured it. And I'll always remember him for that thing he did. Rest in peace, Spartacus.

Barring pandemics, This Is Rock 'n' Roll Radio with Dana & Carl airs Sunday nights from 9 to Midnight Eastern, on the air in Syracuse at SPARK! WSPJ 103.3 and 93.7 FM, and on the web at http://sparksyracuse.org/ You can read about our history here.

Email ThisBlogThis!Share to TwitterShare to FacebookShare to Pinterest
Labels: Closing Arguments, Greatest Record Ever Made, Monkees, That Thing You Do!