POP-A-LOOZA: My Love Is JEOPARDY!, Baby 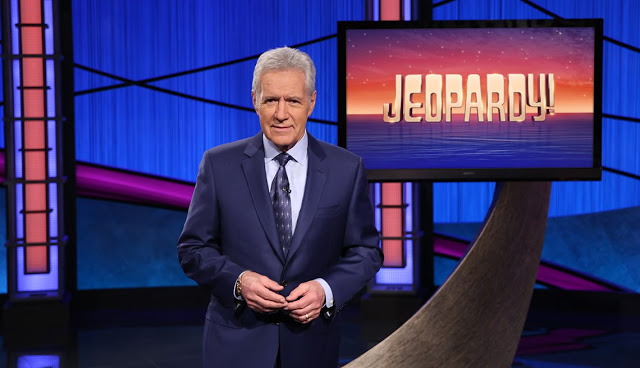 Each week, the pop culture website Pop-A-Looza shares some posts from my vast 'n' captivating Boppin' (Like The Hip Folks Do) archives. The latest shared post is my look back at the time I tried out out for the TV game show Jeopardy!: "My Love Is Jeopardy!, Baby"

This piece was originally the first of a two-part celebration of my love for game shows. Part One supplements the tale of my failed attempt to be a Jeopardy! contestant with a history of my affection for the genre and a side note about auditioning for a music trivia game show; Part Two is all about MTV's Remote Control.

Jeopardy! may be my all-time favorite TV series. It's right up there with The Good Place and The Monkees in my cathode-ray cosmology, nestled atop a long list of clickerstoppers: Veronica Mars, Batman, Buffy The Vampire Slayer, Gilmore Girls, Mad Men, The West Wing, St. Elsewhere, The Green Hornet, What's My Line?, Shindig!, Pushing Daisies, Moonlighting, and yes I could indeed go on about this for quite some time. I haven't written much else about Jeopardy!, other than this playlist commentary and this piece, both from when Jackie Fuchs (formerly Jackie Fox, bassist for The Runaways) was competing on the show. I remain a fan. 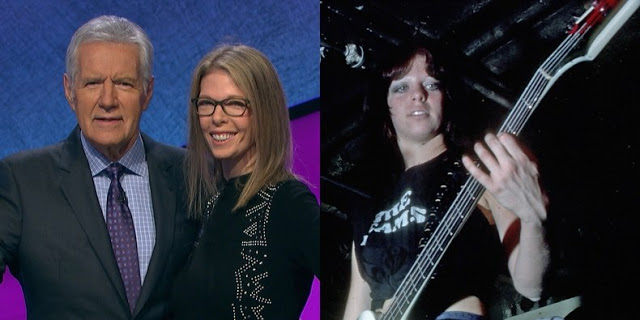 Speaking in another post about my love of television, I wrote, "I have achieved the paradox of being both an elitist and a Philistine, maybe even at the same time. When I was in high school, my pal Mary and I wound up guesting on a public access cable talk show, discussing the state of television programming. We agreed that TV could be better than it was; Mary mentioned I Love Lucy as an example of an old-fashioned standard of good, clean fun lacking in '70s TV, while I insisted there should be more higher-quality shows like, y'know...Star Trek. Elitist and Philistine in one man...boy. I am as God made me."

As we say goodbye to the late Alex Trebek, we bid farewell to a unique television legacy. I intend to continue watching Jeopardy! faithfully. New hosts will not and cannot be Alex Trebek, but the show must go on. That show is literally the only reason I haven't cut the cable; as a syndicated program, Jeopardy! does not stream current episodes, so the only way to watch each new show is to catch it as it airs live or to DVR it (as I do) to view at my leisure. It's worth it. My all-time favorite TV show. What is Jeopardy!? Courage. Who was Alex Trebek? "My Love is Jeopardy!, Baby." What is the latest Boppin' Pop-A-Looza? 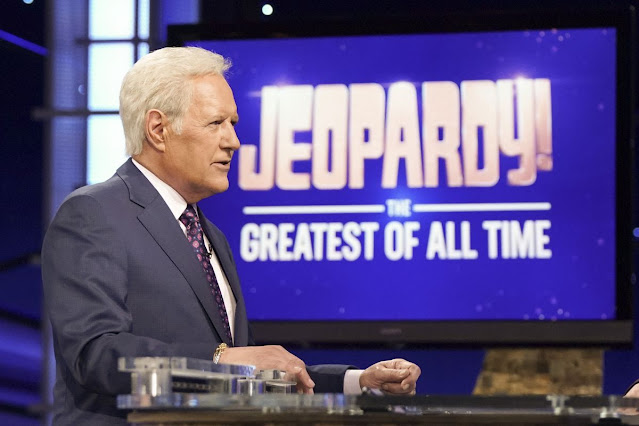