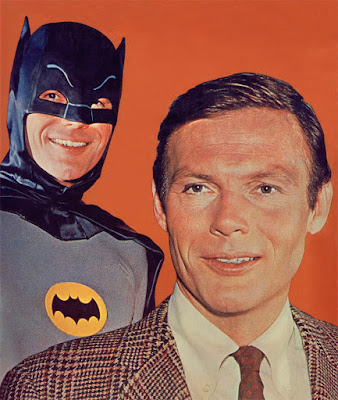 Adam West was my hero when I was six. No television program could ever equal Batman's lasting impact on impressionable li'l me, creating a life-long interest in comic books and superheroes in general, and in The Caped Crusader specifically. I didn't understand that the show kinda poked fun at the character, because West himself played the title role straight, and to perfection. As West himself said recently on a guest appearance on The Big Bang Theory: "I never had to say 'I'M BATMAN!' When I showed up, people knew who the hell I was."

The 1966-1968 Batman series typecast West forever after. He would rarely if ever again be considered for serious roles; he was Batman, and everyone thought they knew who the hell he was. There was a story that he was offered the chance to replace Sean Connery as James Bond, but that West declined the role, insisting that 007 should be played by a British actor. A missed opportunity? Perhaps, if true. One suspects West could certainly have handled the role of Bond in place of George Lazenby in 1969's On Her Majesty's Secret Service, but one also suspects audiences would not have accepted TV's Batman as the cinema's Bond. 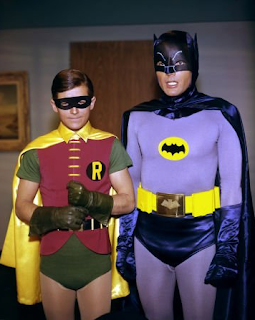 Was West bitter? Interviews with him in the early to mid '70s suggest that possibility. But around 1977, he returned to the role that made him famous, voicing Batman in a new series of Saturday morning cartoons alongside his once and future co-star Burt Ward as Robin. West and Ward also appeared as the Dynamic Duo in two cringe-worthy live action TV comedy specials. They played themselves in a 2003 live action TV movie about the series, Return To The Batcave: The Misadventures Of Adam And Burt, and they returned once again as the lead voices in the 2016 animated adventure Return Of The Caped Crusaders. For many, they were still--and would always, always remain--Batman and Robin. 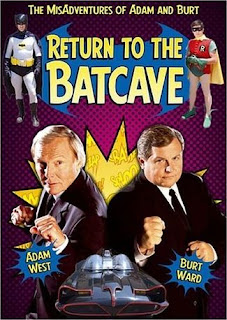 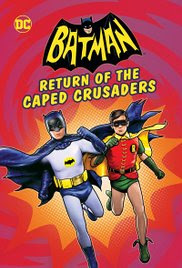 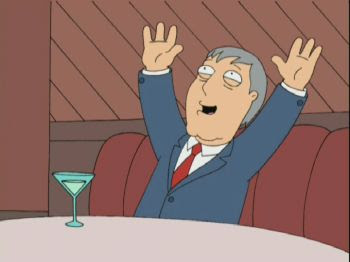 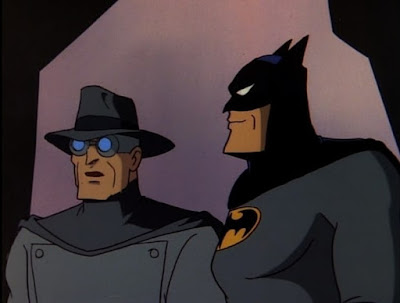 Somewhere along the way, Adam West learned to embrace his identity, and his unique place in pop culture history. His role as Mayor Adam West on the animated series Family Guy earned him a new generation of fans. As Batman movies since the end of the 1980s have succeeded in establishing the idea of a more serious portrayal of the character, many fans of The Dark Knight have come around to also accept and appreciate the charm of Adam West's campy but confident take on Gotham's hero. In a touching tribute, West also voiced the character of The Gray Ghost, young Bruce Wayne's own boyhood TV hero, on a memorable 1992 episode of Batman: The Animated Series, and he voiced Bruce's father Thomas Wayne (with former Catwoman Julie Newmar as wife Martha Wayne) on a 2010 episode of Batman: The Brave And The Bold. Adam West transcended what once seemed to be the stigma of TV's Batman, to become celebrated as that very same thing.

The passing of Adam West stings; his work, and the hero he created, endure. The Bat-Signal shines still. Once more, old chum: to the Batpoles. 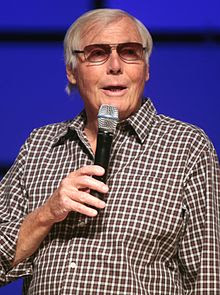 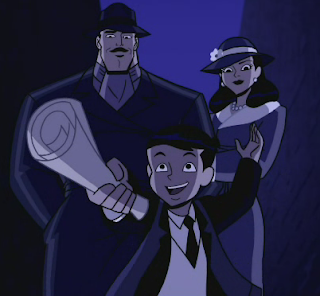 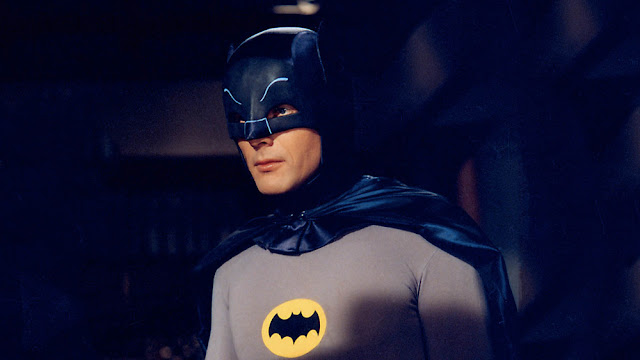 You can support this blog by becoming a patron on Patreon: Fund me, baby!
Posted by Carl Cafarelli at 1:07 PM