Pat Boone: The Rock And Roll Hall Of Fame 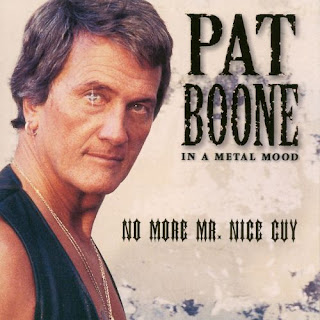 Some years back, my friend Gary Pig Gold solicited replies to this poll question: Should Pat Boone Be Inducted Into The Rock And Roll Hall Of Fame? Although there were a fair amount of replies from intelligent and otherwise-reasonable folks in favor of this preposterous notion, I fell firmly in the No, No, NO!!! camp. Still do. If you think it's odd that I advocate the immediate induction of The Monkees but categorically snub Mr. Boone, then you may be reading the wrong blog.

(How strong is my opposition to Boone's induction? I think Percy Sledge, Madonna, and Bon Jovi have much stronger RnRHOF resumes, even though I don't care about Bon Jovi and I regard Sledge and Madonna as the least qualified among all of the acts already inducted into the Hall. And incidentally, I do understand the justification for rap artists in a Rock And Roll Hall of Fame; I certainly think Grandmaster Flash belongs more than Pat Boone would.)

You can still read Gary's original poll results here. This is what I wrote: 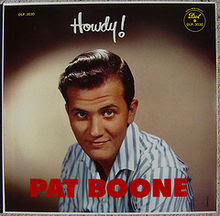 No. I'm tempted to add "Absolutely not!," but I'm aware of the arguments in Boone's favor. Give 'im his due: he did help to popularize many classic R & B tunes with his wretched, whitebread covers of "Tutti Frutti," "Ain't That a A Shame," "Long Tall Sally," et al. But his bloodless covers were hits at the expense of the vastly superior versions by the likes of Little Richard and Fats Domino.

Proponents for Boone's induction into the Rock Hall claim that his covers of these great early rock 'n' roll records were pivotal, since segregated white radio stations would never have played the "race-music" originals; Boone's versions therefore brought the songs to an audience that would otherwise never have heard that ol' "A-wop-bop-a-loo-bop-a-lop-bam-boom!" The claim has some validity; I reject it nonetheless. Boone's records were never intended to spread the gospel of rock 'n' roll or R & B--they were intended to dilute the music's power, to make it safe for White America and, oh yeah, make a big pile of money while effectively shutting out the black guys who created this transcendent music to begin with.

Apartheid should not be rewarded. I don't hold Boone personally responsible for the inherent racism of his early, ersatz rock 'n' roll success. But nor do I see any good reason to consider him a rock 'n' roll pioneer, nor even a rock 'n' roller of any description or distinction. And there's certainly no good reason for him to be in the Rock 'n' Roll Hall of Fame. 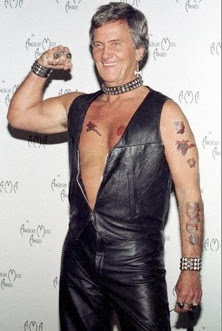 Posted by Carl Cafarelli at 5:48 AM