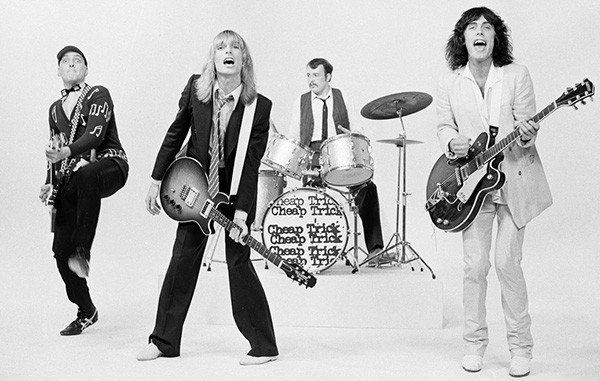 A tabloid called Phonograph Record Magazine was a starting-point for a lot of my rock 'n' roll revelations in the '70s, and it's where I first heard of Cheap Trick. Flo & Eddie (aka Mark Volman and Howard Kaylan, formerly of The Turtles) had a regular PRM column called "Blind Date," which featured our happy-together heroes reviewing new releases without being told upfront what the hell they were reviewing. For one 1977 "Blind Date," they were given the eponymous debut album from Cheap Trick, and offered the clue that the band's name was like an inexpensive subterfuge. That was my introduction to Cheap Trick.

It seems likely that I must have heard Cheap Trick on WOUR-FM a time or several in '77, but I have no recollection of that. As was the case with many other new rockin' pop discoveries for me in 1977, my first conscious memory of hearing Cheap Trick came in the fall of '77, when I was a freshman at the State University College at Brockport. Most of the new music I heard then was courtesy of the campus station WBSU--"The station where we BS you!"--but Cheap Trick first filled my ears on a commercial station in nearby Rochester, either WCMF-FM, or maybe even the usually-lame Magic 92.

The song was "So Good To See You," a track from the second Cheap Trick album, In Color. I think the cut got a little bit of subsequent radio play as well, though it wasn't really a hit. In my mind, I hear it alongside "See Forever Eyes," a then-contemporary prog-pop song by a group called Prism. I liked both "So Good To See You" and "See Forever Eyes," though neither was specifically at the toppermost of my poppermost. 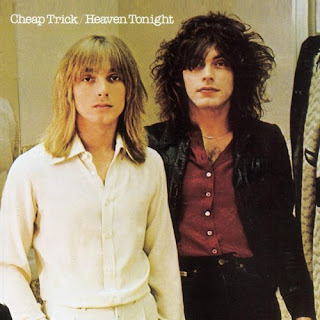 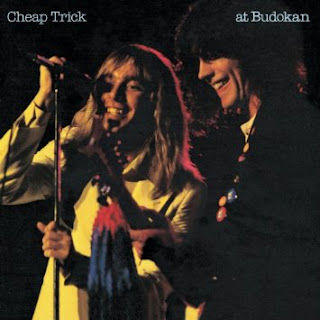 So I can't claim to have been ahead of the curve in adoring Cheap Trick. I caught on to the irresistible appeal of Rockford's Phenomenal Pop Combo about the same time everyone else did: with the track "Surrender" on their third album, Heaven Tonight, in 1978, and full-tilt Cheap Trick mania with Cheap Trick At Budokan, released as an import in late '78 and--by overwhelming popular demand--domestically in 1979. There was a brief period there were everyone seemed to like Cheap Trick. For once, I was in the mainstream!

The "everyone" in this example included my lovely girlfriend (and now lovely wife) Brenda. We each bought our own copy of Cheap Trick At Budokan--me, to play with my Ramones and Jam records, and her to play with her Santana and Earth, Wind & Fire (plus the Buddy Holly, Rolling Stones, and Who LPs she'd "liberated" from my collection; she also bought a copy of The Kinks' Greatest Hits at the flea market, so her horizons were already expanding). Harmonic convergence! 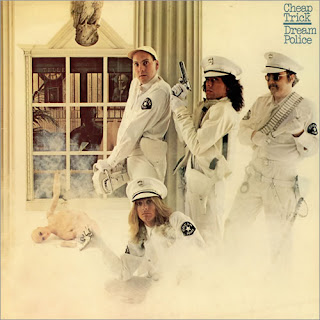 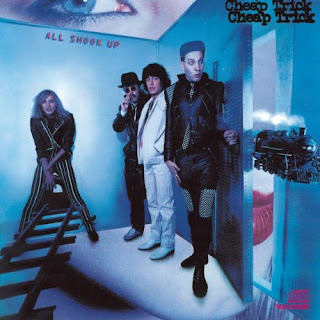 I eventually acquired all of Cheap Trick's early catalog--Cheap Trick, In Color, Heaven Tonight, Budokan, and Dream Police--and loved 'em all. When The Ramones' fab flick Rock 'n' Roll High School played on campus in 1980 (the second time I'd seen the film), it was accompanied by a cool video promo for Dream Police; fitting, since Cheap Trick had been an early choice to star in that film (some time after director Allan Arkush convinced producer Roger Corman that the film shouldn't be called Disco High, but before Johnny, Joey, Dee Dee, and Marky were cast).

I have to confess I lost interest in Cheap Trick after Dream Police. I didn't care for the George Martin-produced All Shook Up in 1980, and it would be a while before I was interested in any new Cheap Trick albums. Turns out I missed some pretty cool stuff in that period. But I got back on board the Cheap Trick bandwagon with 1997's underrated Cheap Trick album on the Red Ant label. I had a chance to finally catch the Trick live on that club tour. 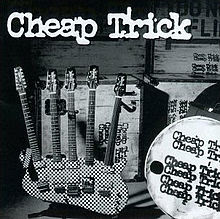 In the summer of  2016, our daughter Meghan accompanied Brenda and me to see Cheap Trick at an outdoor concert in Syracuse, and that was an even rarer harmonic convergence right there. Mommy's all right, Daddy's all right, we just seem a little weird. An inexpensive subterfuge? Cheap f***ing Trick!

Posted by Carl Cafarelli at 9:44 AM