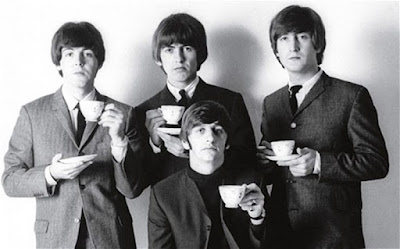 Boppin' (Like The Hip Folks Do) passed the 175,000 views mark on Sunday, and the 800th post is scheduled for Saturday. Neither figure will cause Huffington Post (nor even Hey, I Like Cheese!, if such a blog exists) to quake in its Chuck Taylors. Still, I say it ain't bad for an unknown writer over the course of two years and one week. Honestly, I can't believe I haven't missed a day yet. My continued thanks to all of you who check in regularly, occasionally, or sporadically. There's still no money in it, but I'm still here every day nonetheless. 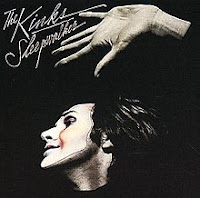 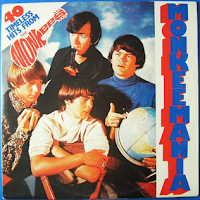 I had originally planned for the 800th post to be my long-promised Virtual Ticket Stub Gallery piece about the first time I saw The Kinks. I'm going to continue to work on that, but last night an idea occurred to me for a specific post about The Monkees, and I think that's going to be Boppin' # 800 instead. 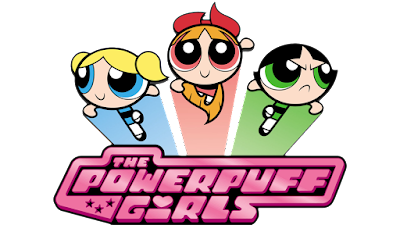 It's been quite some time since I've posted a new entry in The Everlasting First, my A-Z series of reminiscences of my first exposures to various musical acts and comics characters. More than two months have passed since P is for Gene Pitney, but the series will resume shortly to finish that letter with a discussion of me, my daughter, and The Powerpuff Girls. The alphabet will eventually continue after that with--at last!--SUZI QUATRO! The whole thing will end someday with The Zombies and Zorro, but we still got a lotta letters to do first. (And yeah, R is for The Ramones. I fought that notion, but finally had to accept its sheer inevitability. Unless I decide to write about The Raspberries instead.)

The Everlasting First originally combined its coverage of rock stars and superheroes within a single post for each letter. By the time I got to J, I realized that many music fans didn't want to read about comic books, and some funnybook fanatics were indifferent to tales of singers and guitar-slingers. So I began splitting the series, starting with separate entries for The Jam and Jimmy Olsen, and continuing through Kid Eternity, The Kinks, The Legion of Super-Heroes, The Lovin' Spoonful, Marvel Comics, The Monkees, The New York Dolls, Not Brand Echh, The Occult Files Of Dr. Spektor, and The Ohio Express, followed by the above-linked Mr. Gene Pitney. I'm in the process of splitting and re-posting the earlier A-I entries, with light editing, updating, and additional graphics. We've already seen Aquaman, Artful Dodger, Batman, The Beach Boys, Charlton Comics, Cheap Trick, The Damned, Doc Savage, E-Man, and The Easybeats, with The Flamin' Groovies and Flash Gordon due next week (and The Go-Go's, The Green Hornet, Buddy Holly, Hoppy the Marvel Bunny, The Inferior Five, and The Isley Brothers waiting in the wings). 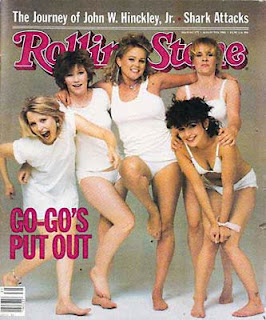 The Everlasting First is a tangent to my autobiographical series Singers, Superheroes, And Songs On The Radio, a reflection of my life in pop culture, growin' up while reading comic books and listening to records. I covered my life in the '60s in a nine-part series, and skipped ahead to tell the sometimes-uncomfortable story of my life in the '80s. I will address the '70s as soon as I can summon the will to address that teen miasma all over again. 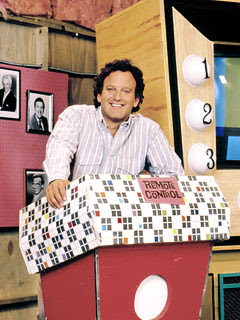 What else? Well, my $2 a month paid subscribers have already seen the first chapter in a two-part story about my love of TV game shows, and they'll see the thrilling conclusion (covering my try-out for MTV's Remote Control) as February's private post for patrons. The two chapters will post publicly in March. 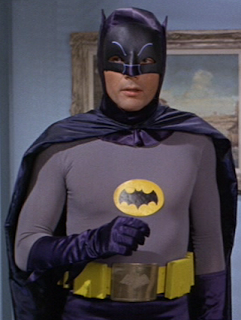 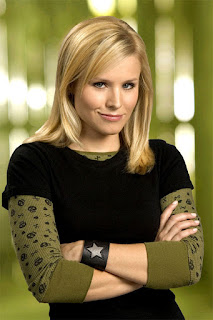 I'm going to continue to post scans of old comic books (I have two more issues of DC Comics' The Many Loves Of Dobie Gillis, and will post one tomorrow). Comic Book Retroview is considering extended coverage of DC Special, and maybe DC's 80-Page Giants and Blackhawk. The long-backburnered next chapter in Batman's Degrees Of Separation awaits annotation (and I'm particularly proud of how I get from Batman to Veronica Mars). There will be more editions of The Greatest Record Ever Made, Virtual Ticket Stub Gallery, Love At First Spin, Second-Hand Sound, and Rescued From The Budget Bin!, and the debut of The Best Of Everything's appreciation of greatest-hits LPs. I'm working on All-Time 25 lists of my favorites by The Hollies and The Rolling Stones. There's still more. There's always more. Every day. We bop that way. 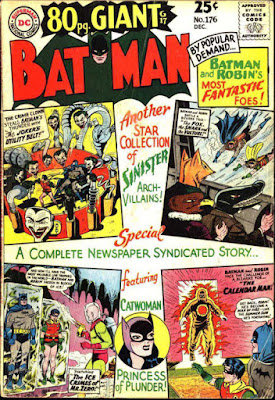 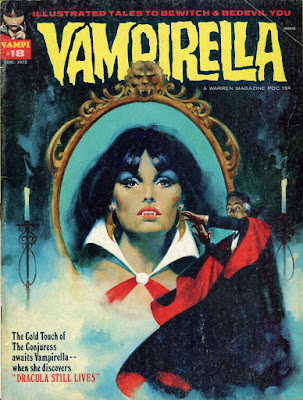 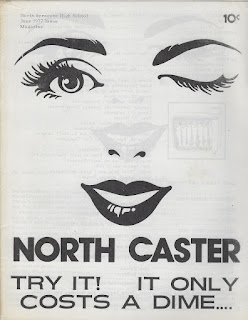 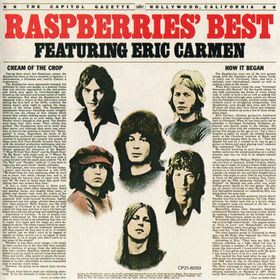 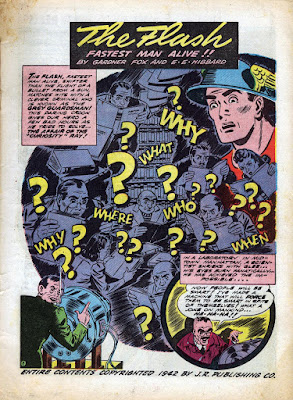 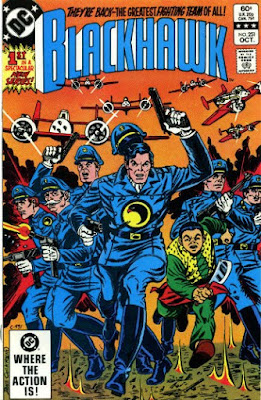 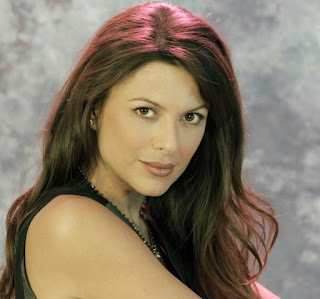 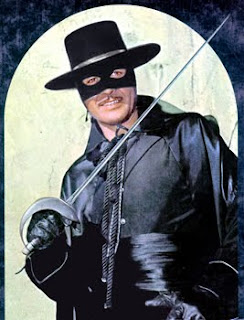 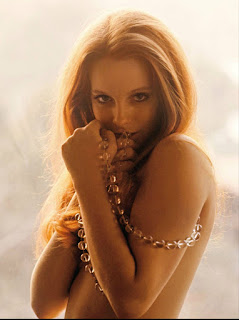 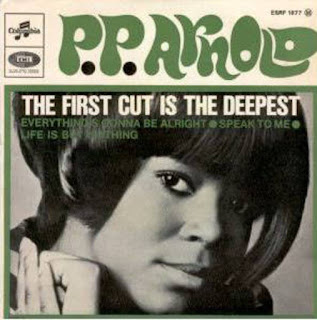 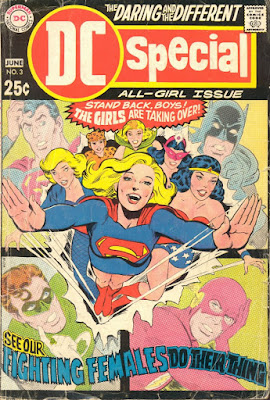 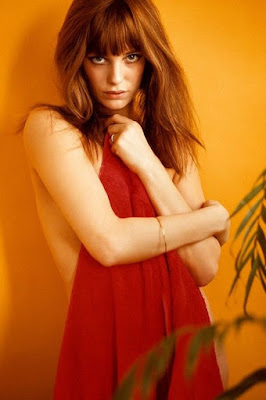 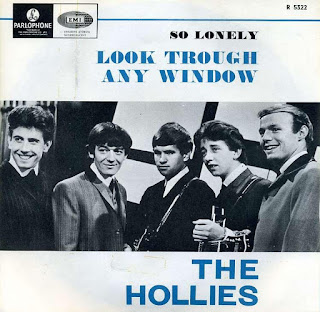 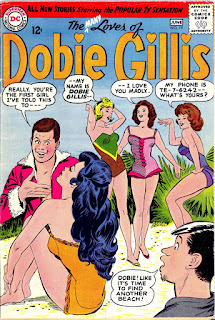 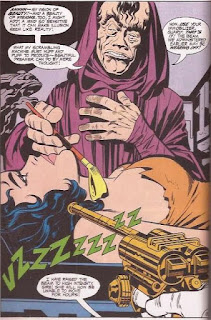 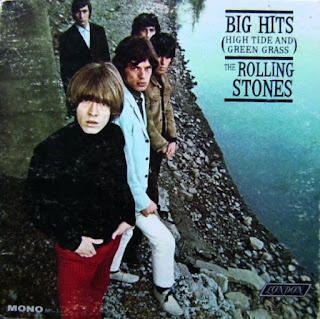 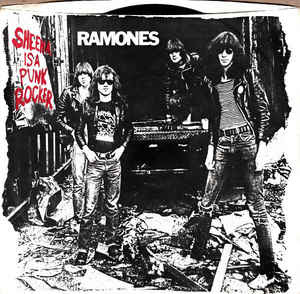 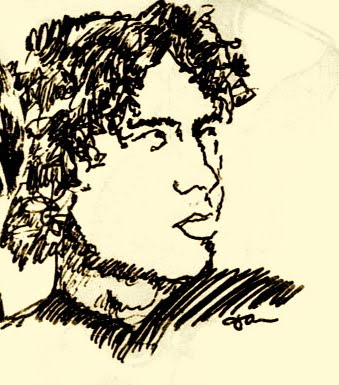