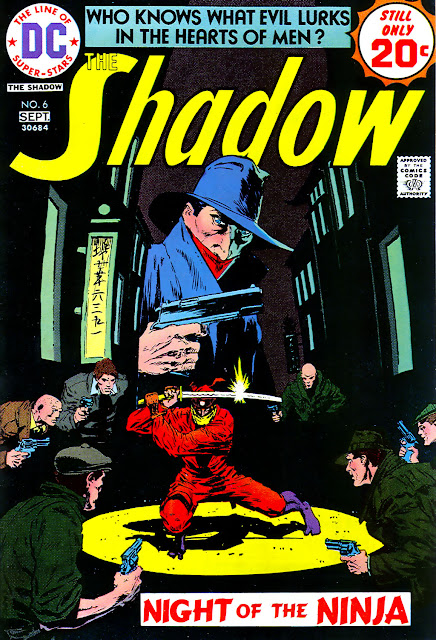 I enjoyed compiling a fake 100-Page Super Spectacular version of Adventure Comics # 435 a couple of weeks ago, so we're back with another Super Spec that never existed. Today's subject is The Shadow # 6 from 1974, my favorite issue of one of my favorite series when I was 14. Some time (presumably) soon, I intend to write a lengthy reminiscence of how I became a fan of The Shadow, which was an odd path that ran through The Partridge Family, Vampirella, an FM radio station's series Radio Rides Again, Steranko's History Of The Comics, Pyramid paperbacks, and my attempts to write the character for my high school magazine The NorthCaster. DC Comics' twelve-issue license of The Shadow was at the heart of that journey.

In expanding The Shadow # 6 into a 100-pager, I've taken the liberty of presuming that DC's license of The Shadow would allow the right to re-print material from copyright holder Street & Smith's own Shadow Comics from the '40s. With Denny O'Neil and Mike Kaluta's "Night Of The Ninja" from DC's real-world The Shadow # 6 and two '40s stories from Shadow Comics, we fill in with a Golden Age adventure starring Midnight, an Hourman story from 1968, and a classic Batman story from 1966.

Midnight was one of the many 1940s characters DC purchased from former rival Quality Comics. Of these Quality acquisitions, Blackhawk and Plastic Man saw the most action at DC, and former Quality heroes Doll Man, The Black Condor, The Ray, The Phantom Lady, Uncle Sam, and The Human Bomb were banded together as The Freedom Fighters for new DC exploits. DC never did much with Midnight, a doppelganger of Will Eisner's hero The Spirit. Midnight was created by Jack Cole, the gifted comics talent that also gave us Plastic Man. To my knowledge, Midnight's only DC appearances were in Roy Thomas' All-Star Squadron in the '80s, and a short run written by Ed Gorman as a back-up in Ms. Tree Quarterly in the early '90s.

The Shadow was the single most important influence on writer Bill Finger (along with artist Bob Kane) in their creation of The Batman in 1939. The first Batman story, "The Case Of The Chemical Syndicate," is a direct ripoff of a Shadow novel called "Partners In Peril." During DC's brief license of The Shadow, Batman finally got to meet his mentor in Batman # 253, and they met again in Batman # 259.

Copyright concerns prevent us from sharing this 100-pager publicly, so it's being shown in its entirety only to patrons of Boppin' (Like The Hip Folks Do). The Midnight story is in the public domain, but the rest is represented here by sample pages. We're skipping the ads, which I think accounted for something like 14 pages of the Super Specs' 100-page count. Including the cover and the letters page, we have a total of 86 non-ad pages in this package, but there's no contents page (a regular opening feature in the Super Specs), so we're one page over. The editor will fix it before it hits the spinner racks. (A 1940s Shadow house ad is tagged on at the end as a bonus, but wouldn't have appeared in an actual 100-Page DC issue of The Shadow.)

The Shadow is copyright Advance Magazine Publishers/The Condé Nast Publications. Hourman, Midnight, and Batman and Robin are copyright DC Comics Inc. Time for another demonstration that the weed of crime bears bitter fruit. Who knows what evil lurks in the hearts of men? You know who it is.... 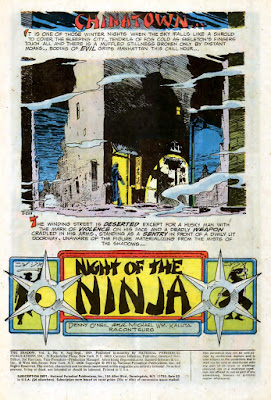 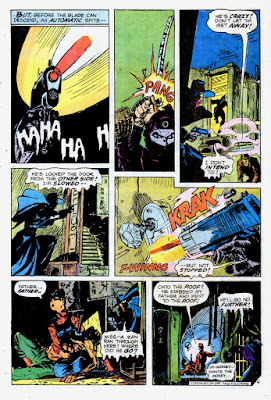 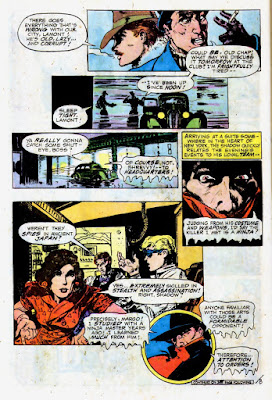 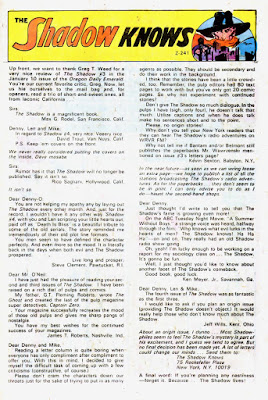 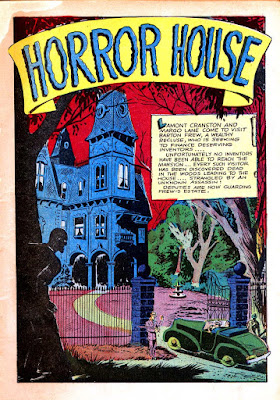 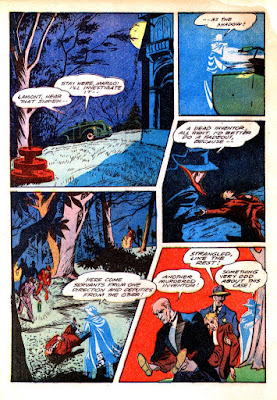 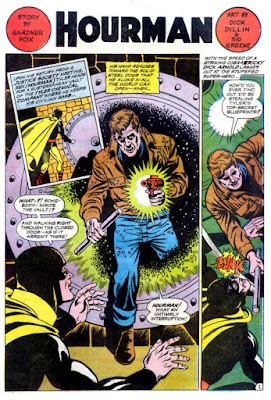 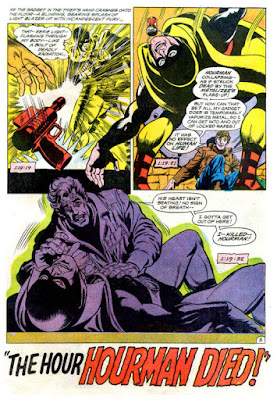 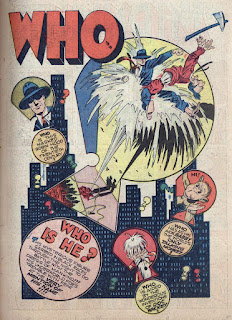 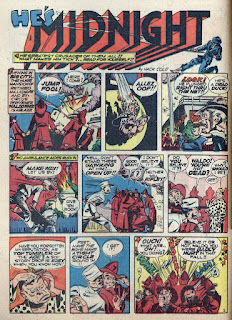 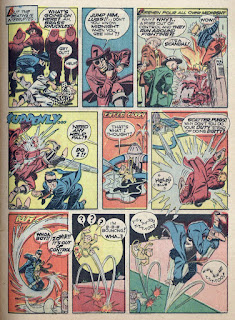 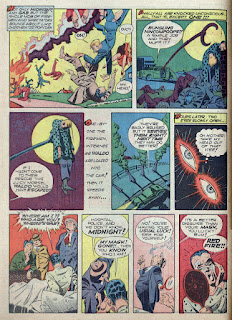 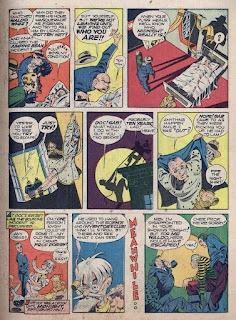 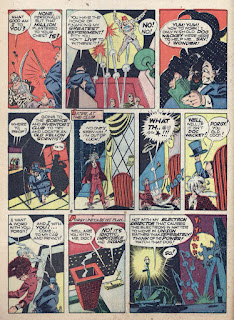 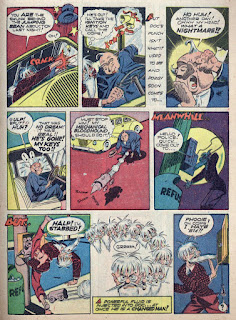 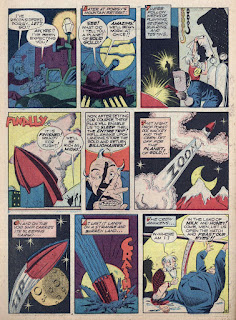 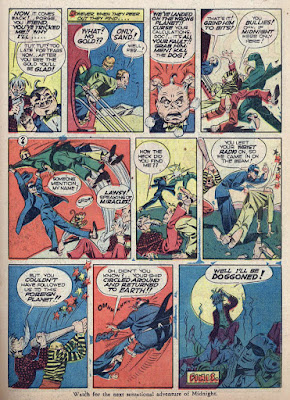 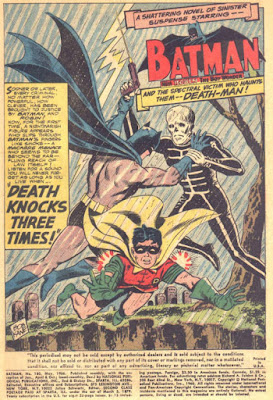 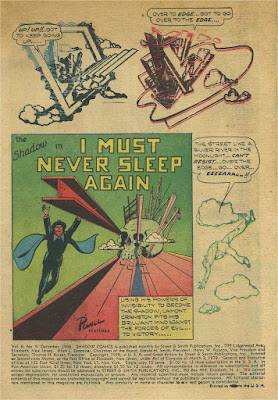 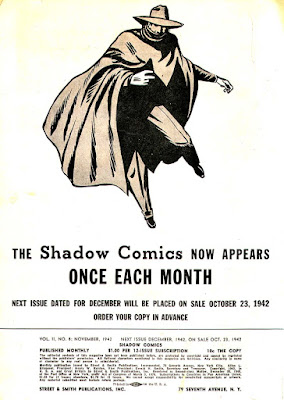 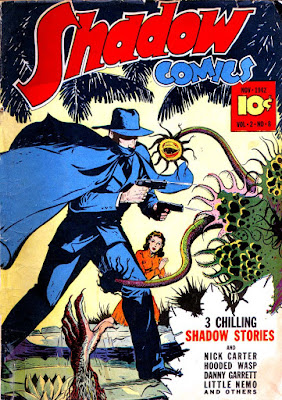 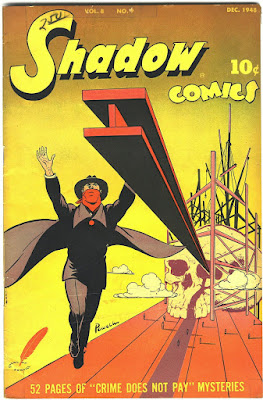 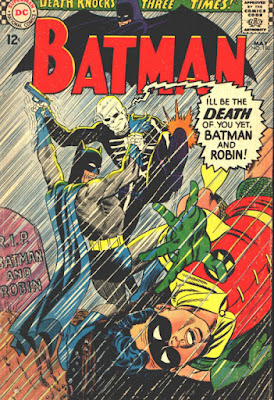 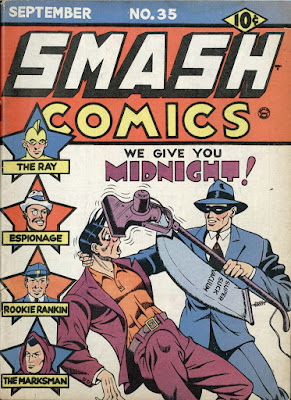