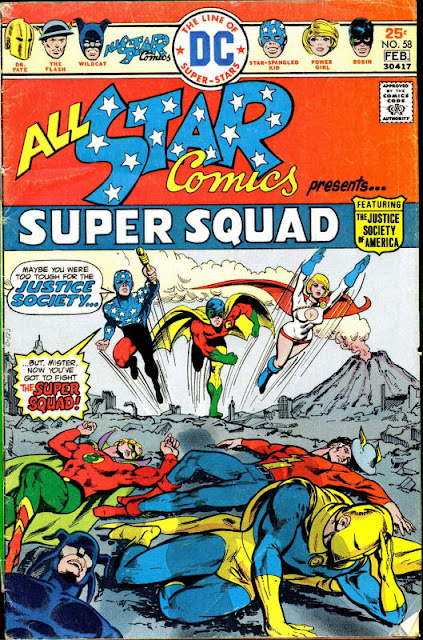 I've loved The Justice Society of America since I was seven years old. I discovered them in 1967, in the pages of Justice League Of America # 55, my very first issue of JLA. With its cover depicting an adult version of Batman's Boy Wonder Robin kickin' ass, I was hooked from the get-go. I recalled passing up the previous year's Justice League-Justice Society crossover, and regretting ever since, even though I really had no clue who any of these superheroes were. But there were superheroes! Lots of 'em! It took me a little while to understand the concept of parallel worlds, of the familiar JLA crusading on Earth-One while the JSA took care of business in their alternate universe on Earth-Two, but I got it, and I cherished it. I think I liked the JSA even more than I liked the JLA. 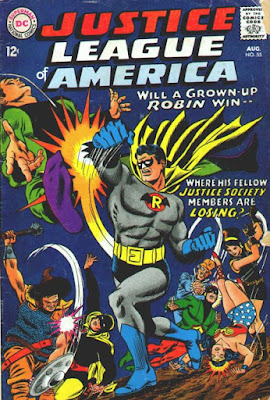 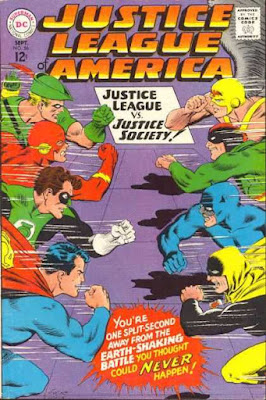 So I was delighted when DC announced in 1975 that a new series of JSA adventures, separate from the annual JLA/JSA summer outings, would commence in an ongoing series. The original run of Justice Society stories appeared from 1940 to 1951 in All-Star Comics # 3 through 57; after that, the declining popularity of superheroes prompted a change in title and content with the following issue, All-Star Western # 58, as the mighty Justice Society were unceremoniously put out to pasture. The new JSA series would revive that title and ignore its original detour, returning with All-Star Comics # 58, cover dated January-February 1976.

Oddly enough, the "Justice Society" billing was downplayed. It's said that some at DC were skittish about a Justice Society title drawing sales away from the Justice League, so our Golden Age stalwarts were cover-billed in All-Star as "Super Squad Featuring The Justice Society Of America," shortened to "All Star Super Squad" inside. The 1940s heroes from the JSA were supplemented by a trio of younger characters: the above-mentioned Robin (grown-up, but still a rookie as far as veterans like Wildcat and Hawkman were concerned), a new Earth-Two version of Supergirl (re-named Power Girl), and The Star-Spangled Kid,a 1940s character and a member of original JSA contemporaries The Seven Soldiers Of Victory, who had been transported from the '40s to the '70s in 1972's Justice League Of America # 100-103 (my favorite JLA/JSA team-up). 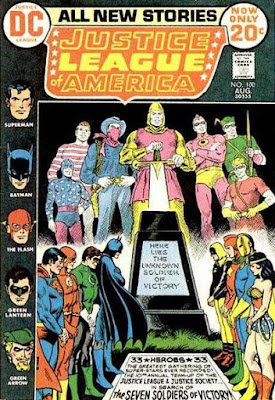 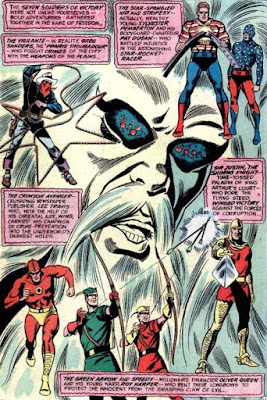 "All Star Super Squad" was written by Gerry Conway, freshly poached from Marvel Comics, with artwork by Ric Estrada and comics legend Wally Wood. And man, I thought it was terrific. Subsequent issues would eventually give in to the fact that it was THE JUSTICE SOCIETY OF AMERICA fercryinoutloud, and we'd get to see Wally Wood draw the Earth-2 Superman--comic book heaven! Keith Giffen replaced Estrada (still with gorgeous Wood inks), and Wood did solo art chores on a few issues, too. Paul Levitz later took over as writer, and Joe Staton and Bob Layton became the art team from All-Star Comics # 66 through # 72; Joe Giella inked Staton for the title's final two issues, as the series ended with All-Star Comics # 74. The JSA moved to Adventure Comics for an all-too-brief finale after that.

All in all, this was a really, really good run of comics. Now, let's make that first issue into a 100-Page Super Spectacular. The Super Spec format was already dead and gone by the time All-Star # 58 hit newsstands, and Carmine Infantino was nearly finished with his stint at DC's helm. Nonetheless, the rules of the Boppinverse grant us the ability to change the course of mighty rivers, bend steel in our bare hands, and ignore reality to just do whatever the hell we want in our 100-Page FAKES! So: we'll grab a Justice Society of America reprint from 1951, specifically the final JSA story from the original All-Star run; if this had actually occurred, it would have marked the first time a DC comic book ever reprinted a story from the issue that immediately preceded it (albeit over a nearly quarter century span of elapsed time). That leaves just enough room for Golden Age appearances by Robin and The Star-Spangled Kid, and we're off to press.

Everything here is copyright DC Comics Inc., so we can only show some you a few representative pages; my $2 a month paid subscribers get to see the whole thing. Here's what we have:

And now: the return of a swell bunch of guys. DC wanted us to call 'em The All-Star Super Squad. We won't be doing that. Ladies and gentlemen: THE JUSTICE SOCIETY OF AMERICA! 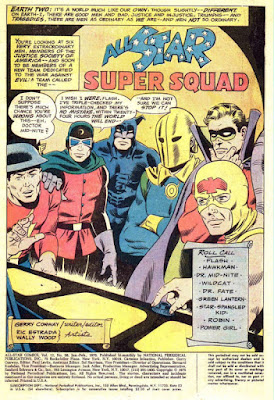 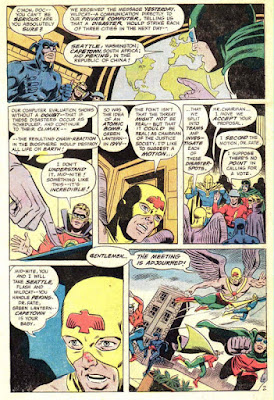 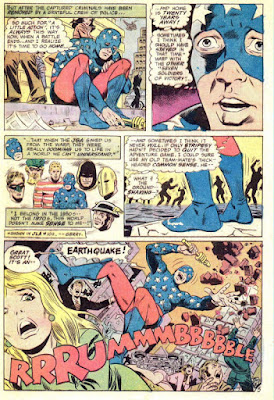 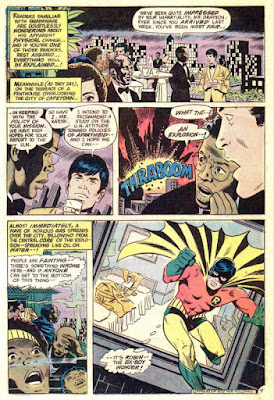 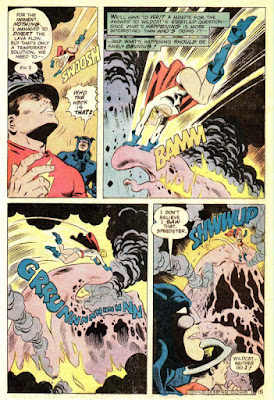 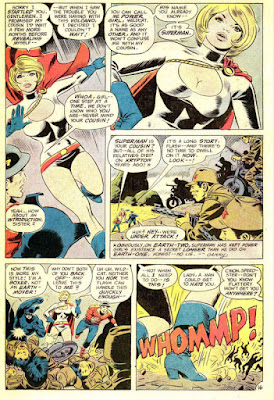 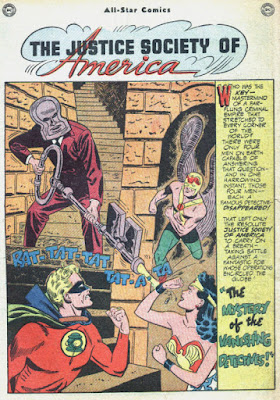 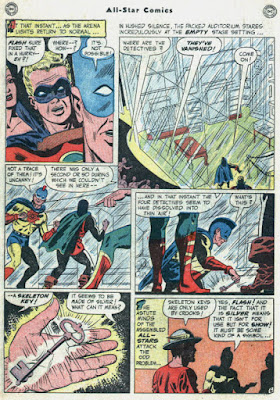 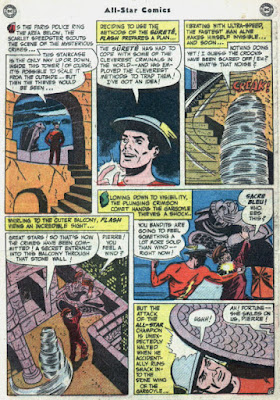 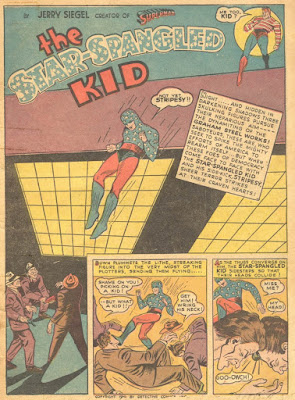 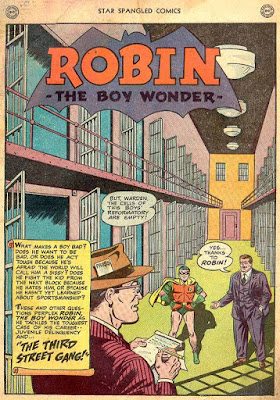 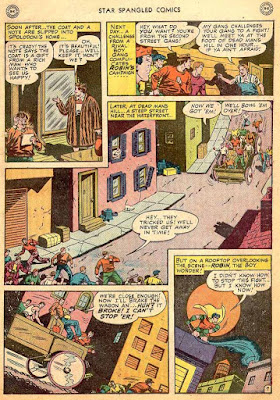 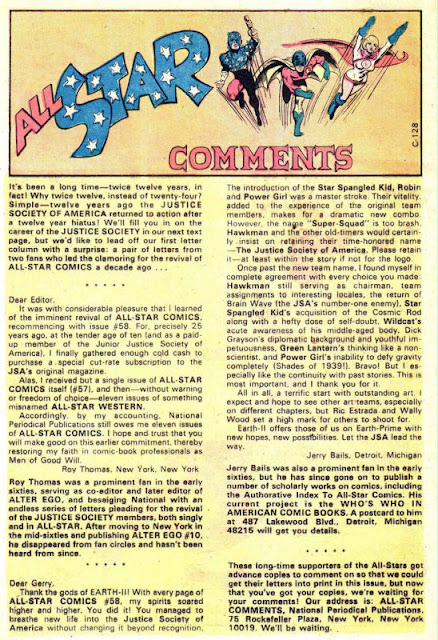 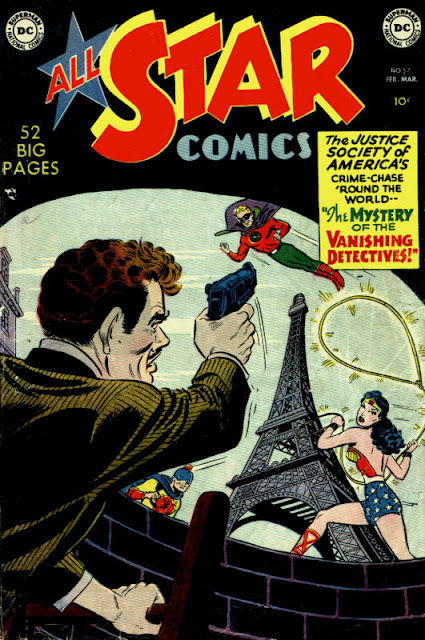 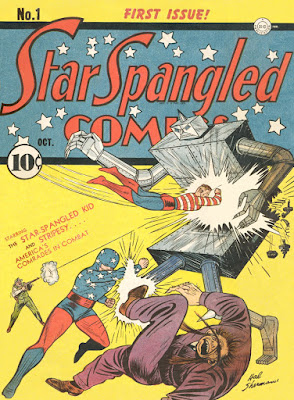 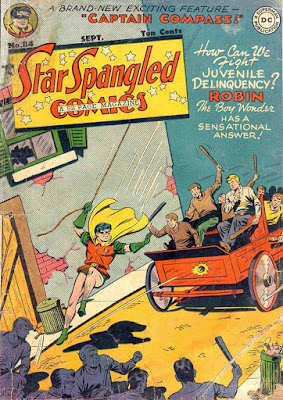 Posted by Carl Cafarelli at 9:02 AM