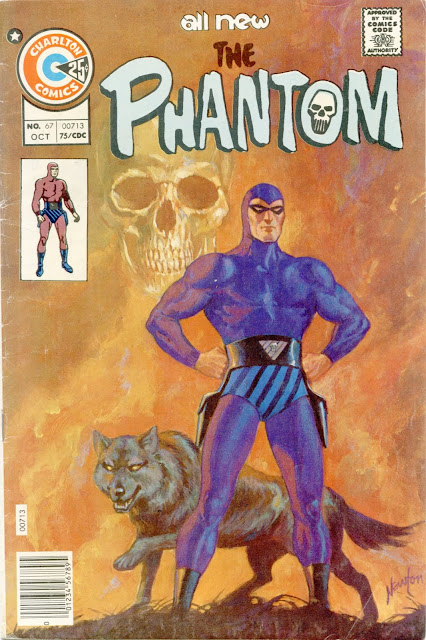 Okay, this one's a stretch. But it's worth it.

This is the first faux DC 100-Page Super Spectacular I've assembled without using any properties that DC had rights to publish circa 1973-76. This is an all-Charlton Comics edition, imagining a scenario where DC acquired Charlton's defunct 1960s Action Heroes line in 1975, and also assumed licensing of King Features' The Phantom, which Charlton was still publishing in '75.

Now, considering the fact that DC did wind up licensing The Phantom from 1988-1990, and that DC did purchase most of the Action Heroes characters in the early '80s as a token of appreciation for former Charlton editor/then-current DC executive Dick Giordano, maybe it ain't all that much of a stretch to accelerate the timeline and place 'em all under DC's care in 1975. I don't think it would have been likely, but when does that ever stop our fanciful daydreaming here in the Boppinverse?

I won't attempt a history of Derby, Connecticut's Charlton Comics in this small space. Suffice it to say that Charlton was a durable and tenacious line, surviving on newsstands and spinner racks from the '40s into the '80s. There is a Charlton documentary film in the works, and the spirit of Charlton lives on in the Charlton Neo imprint. My favorite Charlton title was Nicola Cuti and Joe Staton's E-Man, which has been revived recently for new adventures in Charlton Neo's The Charlton Arrow.

Other than E-Man, my Charlton faves are the Action Heroes: Blue Beetle, The Question, Captain Atom, Nightshade, Judo Master, The Peacemaker, and Peter Cannon, Thunderbolt. DC now owns all of these characters except for Thunderbolt, which is still owned by the estate of creator Pete Morisi. And, of course, I often purchased Charlton's version of The Phantom, The Ghost Who Walks, a favorite character of mine since I was a kid.

Today's 100-Page FAKE! salutes Charlton Comics. We've taken 1975's The Phantom # 67 and expanded it with reprints from the Charlton library. This issue of The Phantom was the first by artist Don Newton, who would go on to work at Marvel and DC. Newton's subsequent renditions of The Batman and the original Captain Marvel were magnificent; I hope his Captain Marvel run with writer E. Nelson Bridwell will be reprinted some day soon. Newton died young, robbing the comics world of a major talent. The Phantom was my introduction to his brilliance. 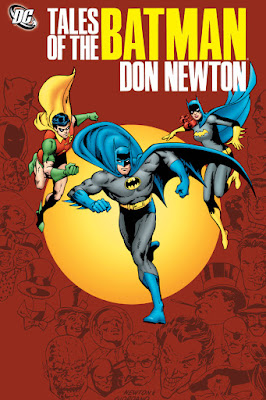 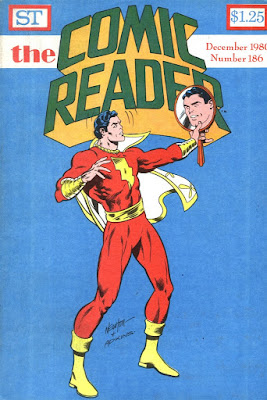 The reprint selection needed to include two Phantom adventures, also taken from the Charlton archives, and drawn by the legendary Jim Aparo, whose own DC work on Aquaman, The Phantom Stranger, The Spectre in Adventure Comics, and Batman in The Brave And The Bold, Detective Comics, Batman, and Batman And The Outsiders was just beautiful beyond description. The Action Heroes are represented by Steve Ditko's Blue Beetle and The Question, and by a couple of back-up strips from the pages of Thunderbolt: The Sentinels and The Prankster.

I have no idea who owns the rights to either of those two back-up properties. I mentioned both The Sentinels and The Prankster in an Amazing Heroes article about forgotten DC heroes, and DC's Robert Greenberger wrote in to say that neither of them were included in DC's purchase of Charlton characters. Gary Friedrich and Sam Granger's The Sentinels was a decidedly Marvel-influenced superhero strip, while The Prankster was, let's face it, a rip-off of Harlan Ellison's short story "'Repent, Harlequin!,' Said The Ticktockman," adapted by Denny O'Neil (under his Sergius O'Shaughnessy pseudonym) with typically gorgeous artwork by Aparo.

Copyright concerns mean I can't show you any more than a few representative pages, though I share the whole thing with my paid subscribers. Here's where it all came from:

The Phantom is copyright King Features Syndicate, The Blue Beetle and The Question are copyright DC Comics Inc., and The Sentinels and The Prankster are copyright their respective owners. Action Heroes? We got 'em. And they're not half bad. Please enjoy the combined forces of DC and Charlton. 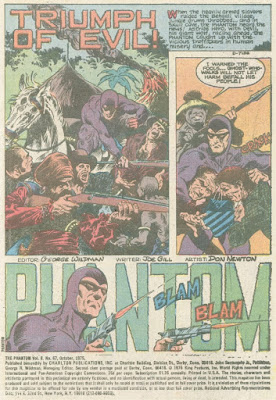 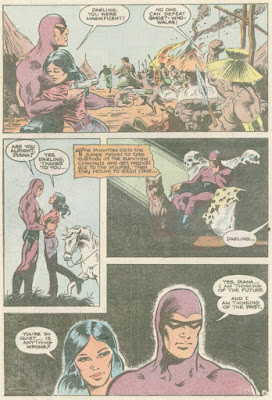 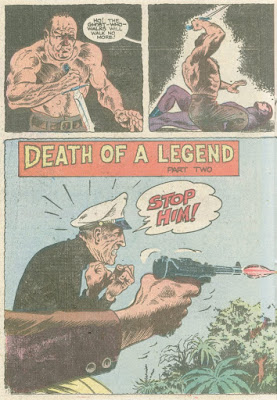 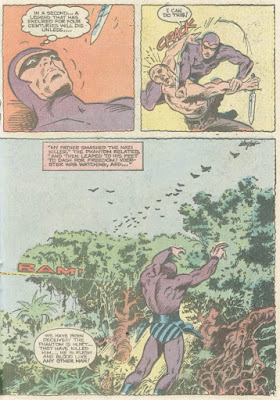 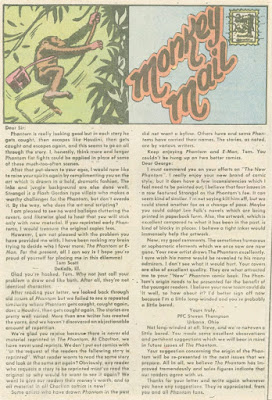 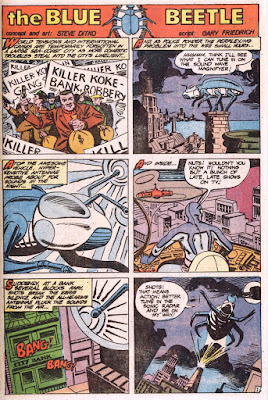 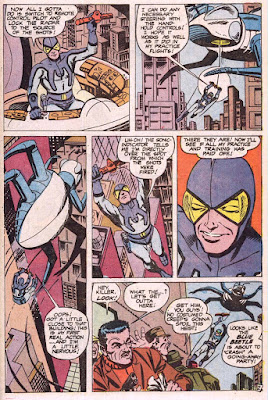 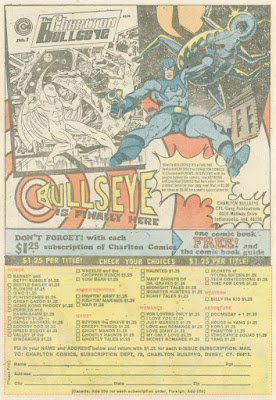 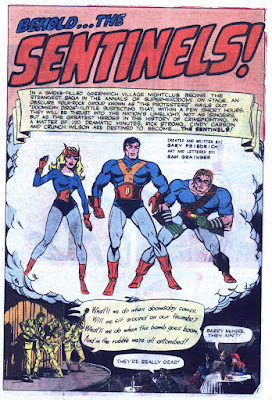 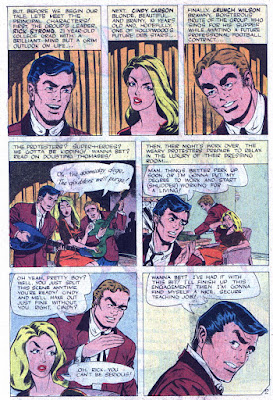 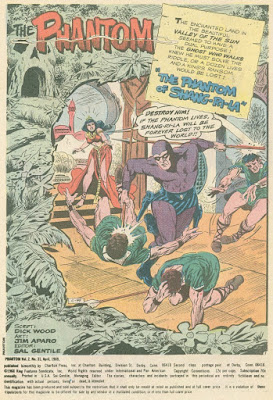 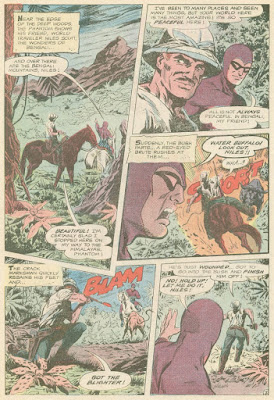 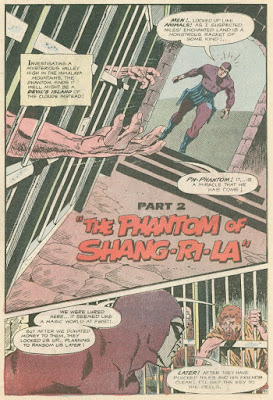 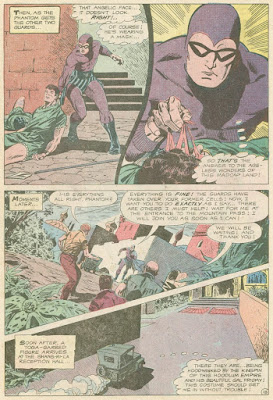 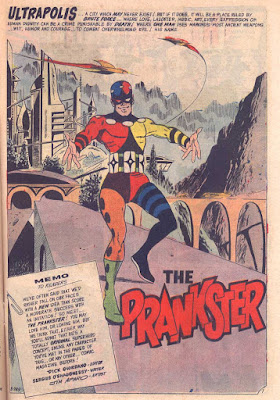 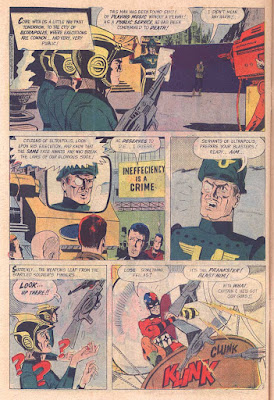 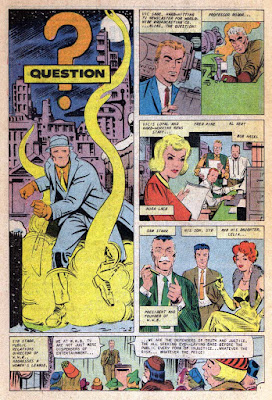 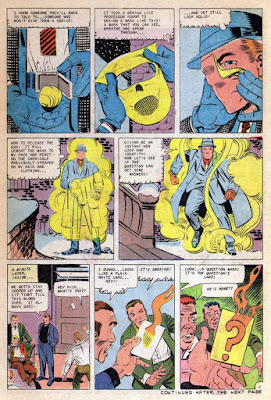 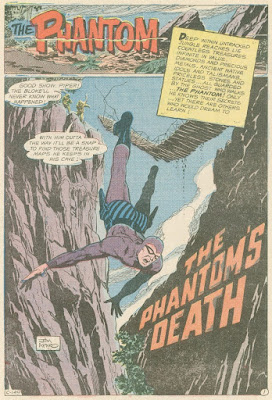 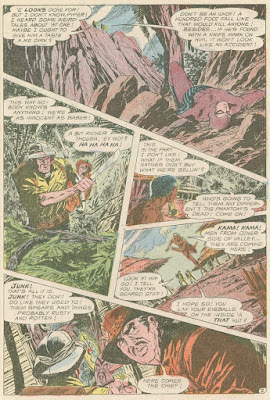 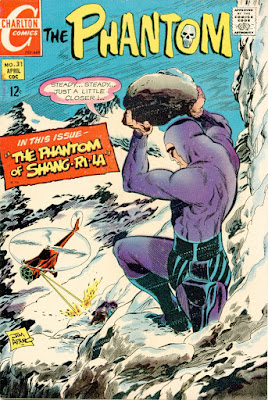 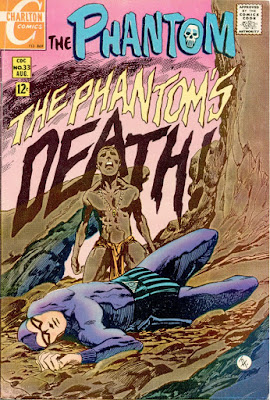 Posted by Carl Cafarelli at 8:34 AM