Waterloo Sunset: A Compilation To Benefit THIS IS ROCK 'N' ROLL RADIO 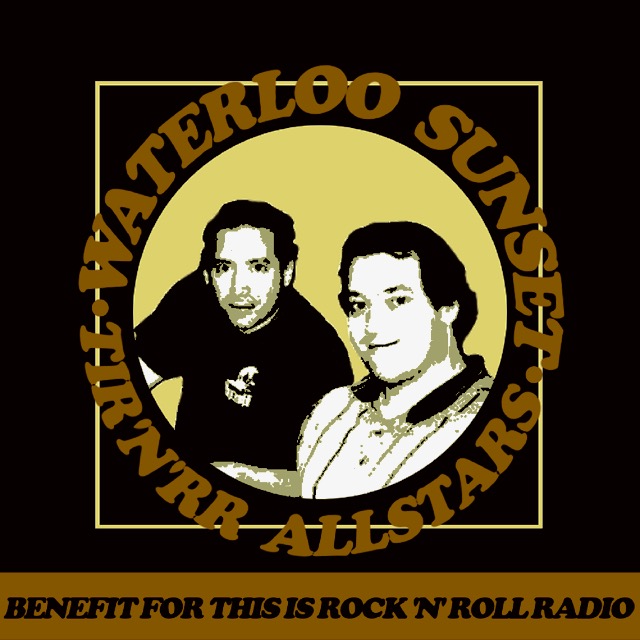 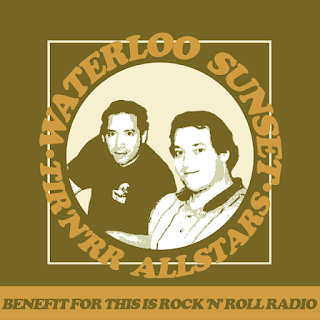 Like a power pop Blanche DuBois, This Is Rock 'n' Roll Radio with Dana & Carl has always relied on the kindness of strangers.

No, scratch that. Even though we've only met a few of our listeners and supporters over these last twenty years, they're not strangers; they're our friends. As humility-challenged as Dana and I remain, there's no way we could have lasted more than two decades if we couldn't get by with a little help from our friends.

Waterloo Sunset is the latest manifestation of that help. Steve Stoeckel had an idea: gather some of this show's talented friends to record a stirring cover of The Kinks' "Waterloo Sunset," with proceeds from its sale benefiting SPARK!, the perpetually cash-strapped Syracuse community radio station that is home to TIRnRR. Out went the call, to one and to all, and Steve assembled his TIR'N'RR Allstars: Steve Stoeckel, Bruce Gordon, Joel Tinnel, Stacy Carson, Eytan Mirsky, Teresa Cowles, Irene Peña, Dan Pavelich, Keith Klingensmith, and Rich Firestone. Within a fast-paced timeline, these pop heroes crossed over the river, and we are in paradise. Keith Klingensmith suggested an expanded plan, and their "Waterloo Sunset" benefit single became this benefit compilation album Waterloo Sunset. Ray Gianchetti saw the digital release on Futureman Records, and also wanted to help out by releasing a CD version on his Kool Kat Musik label.

Everyone who was asked to help did so. Before Dana and I even knew about any of this, the Allstars had secured tracks from The Click Beetles, Pop Co-Op, Irene Peña, Vegas With Randolph, The Anderson Council, The Grip Weeds, Michael Slawter, The Armoires, Eytan Mirsky, Gretchen's Wheel, and Pacific Soul Ltd. We're so pleased, so grateful, and dammit, I think we may even be humbled.

Although this project was a surprise gift to us, Dana & Carl are proud to have our names attached to it. Thanks to everyone, everyone, for makin' us feel like big shots. Sha la la!

This Is Rock 'n' Roll Radio is hosted by Dana Bonn and Carl Cafarelli, Sunday nights 9 to Midnight Eastern, SPARK! WSPJ 103.3 and 93.7 FM in Syracuse, NY,sparksyracuse.org Tax-deductible donations are always welcome at sparksyracuse.org/support