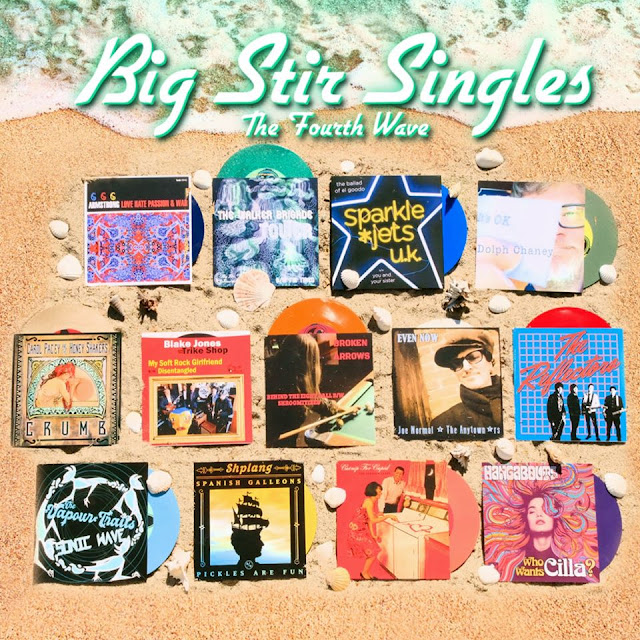 I'm a big fan of the Los Angeles-based label Big Stir Records. When Big Stir's Rex Broome asked me to contribute liner notes to the forthcoming compilation Big Stir Singles: The Fourth Wave, I was honored and delighted to comply.

That compilation comes out on December 3rd, and a portion of its proceeds will benefit The Ed Asner Family Center. I now cede this space so Rex hisself can tell you all about it:

Great music... great cause. Please share the news!
BIG STIR RECORDS is extraordinarily proud to wrap up its banner year with a very special CD and digital release. BIG STIR SINGLES: THE FOURTH WAVE arrives on Giving Tuesday, December 3 2019. With five dollars from each CD or download being donated to THE ED ASNER FAMILY CENTER and a generous helping of the exciting and often-exclusive pop rock jewels audiences have come to expect from the series, THE FOURTH WAVE sums up the BSR's generous and community-based ethos in grand style while making a difference in the lives of those with special needs and their families. The 25-track compilation will be available as of Giving Tuesday and can be pre-ordered at www.BigStirRecords.com/store now!


The first three compilations in the BIG STIR SINGLES series, collecting the label's ongoing weekly releases of A- and B-sides from a celebrated cast of bands and artists worldwide, have received rave reviews from the likes of SHINDIG! MAGAZINE, LOUDER THAN WAR MAGAZINE, THE BIG TAKEOVER MAGAZINE and more. As a collection, THE FOURTH WAVE goes far beyond offering more of the sublime same. Its literal and spiritual centerpiece is a brand new track from LA's JOE NORMAL & THE ANYTOWN'RS, “Even Now”, written especially for the Giving Tuesday event with the Asner Center's mission at its heart. It also boasts the CD and digital debut of the previously vinyl-only SPARKLE*JETS U.K. Big Star/Chris Bell tribute 45 (recorded at Ardent Studios in Memphis and featuring Big Star's Jody Stephens on drums) and celebrates BSR's newly-minted partnership with FUTUREMAN RECORDS by featuring exclusive tracks from the label's flagship artists THE HANGABOUTS (Ann Arbor, Michigan) and THE VAPOUR TRAILS (Aberdeen, Scotland). It's anointed with heartfelt liner notes from pop rock authority CARL CAFARELLI of This Is Rock 'N' Roll Radio and Boppin' (Like the Hip Folks Do) and showcases the artwork of all of the original digital releases.
You'll also find two tracks each by artists from as far afield as Wales (ARMSTRONG, appearing courtesy of our friends at Canada's THE BEAUTIFUL MUSIC label), Minneapolis (THE PERSIAN LEAPS with two sizzling cuts from their brand new album), Illinois (DOLPH CHANEY's first new music in years), and Kansas City (BROKEN ARROWS with a pair of exclusives). Phoenix, Arizona roots-rock favorites CAROL PACEY & THE HONEY SHAKERS also check in with a raucous original backed with a surprise – a cover of The Violent Femmes' “Add It Up”. Like all of the collection's music, they've already received worldwide airplay and independent radio chart placements attesting to their strong hooks and immediate appeal.
Naturally Big Stir's home base of California is amply represented. In addition to the Joe Normal and sparkle*jets U.K. contributions, label mainstays BLAKE JONES & THE TRIKE SHOP (Fresno) are here to demonstrate their mastery of art-infected pop. Two generations of the Los Angeles pop scene are represented by SHPLANG, celebrating 25 years of finely-crafted melodic rock, and the supercharged quintessential power pop of THE REFLECTORS, widely hailed as the great young hope of the genre. Meanwhile, THE WALKER BRIGADE roars back with a brand new A-side and caps the collection with, of all things, an art-punk rendition of a tune from the soundtrack to Blazing Saddles. As the UK's IAN CANTY has remarked of the BSR compilation series, “Something is definitely happening here, something special indeed. A real community of different artists coming together in a true DIY spirit to achieve their mostly noisy, sometimes more serene, but always stylish pop goals.”
Making that something even more special this time around, and thanks to Joe Normal, is the chance for fans to show their support for a worthy cause. Compilation curators Christina Bulbenko and Rex Broome (of THE ARMOIRES and founders of the Big Stir collective) are music teachers by day have seen the uplifting effects of both music and caring education on the special needs children in their care. They're especially honored to be partnering with THE ED ASNER FAMILY CENTER, which offers arts and vocational enrichments and health and wellness programs including counseling services, as a one-stop shop for those with special needs and their families seeking wholeness in all attitudes of life. The Center acts as an oasis of balance and thought, of interaction and education. We're proud to announce that five dollars from the purchase of THE FOURTH WAVE in any format will be donated directly to the Center. Details about the Center's work can be found in the attached press release.
More about Big Stir Records, The Ed Asner Family Center, and Joe Normal can be found at the following links and on most social media platforms under the expected names:
www.BigStirRecords.com
www.edasnerfamilycenter.org
www.joenormalusa.com
In the immortal words of Jack "King" Kirby: "Don't ask! Just BUY IT!" Do what your blogger tells you, my friends. 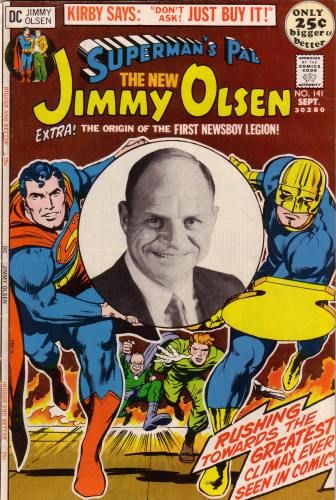 (And you can still get our 2017 compilation This Is Rock 'n' Roll Radio, Volume 4, on CD from Kool Kat Musik and as a download from Futureman Records.)

Hey, Carl's writin' a book! The Greatest Record Ever Made! (Volume 1) will contain 100 essays (and then some) about 100 tracks, plus two bonus instrumentals, each one of 'em THE greatest record ever made. An infinite number of records can each be the greatest record ever made, as long as they take turns. Updated initial information can be seen here: THE GREATEST RECORD EVER MADE! (Volume 1).
Posted by Carl Cafarelli at 6:41 AM 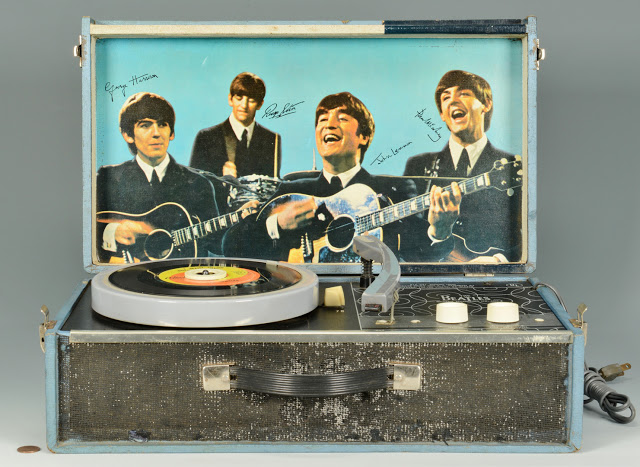