Summer Could Have Lasted Forever: The Sound Of Syracuse 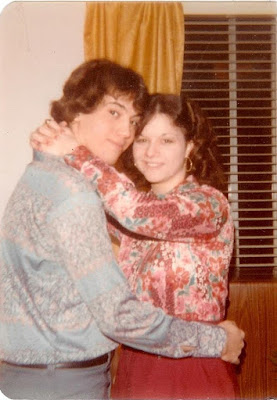 Summer could have lasted forever.

In 1979, the Syracuse summer was electric with promise.  I was 19, a shy, misfit teen from the Northern suburbs, home from college until the fall, and having the time of my life.  I was in love, and falling ever more deeply in love with a girl I'd met at school the previous October.  A downstate girl, she had decided to remain upstate for the summer, and she took an apartment in Brockport, a mere two-hour bus ride from Syracuse.  We saw each other every weekend.  I had a full-time summer job, which put a little cash in my pocket.  So there was love, there was money to spend, and there was a giddy sense of freedom.

And there was music.  Oh my God, was there ever music!

Syracuse has always had a rich local music scene.  When I was growing up, you could always hear local music on the radio, right alongside your Bee Gees and Badfinger:  Elf, The Stompin' Suede Greasers, The Dean Brothers, and more, all played on WOLF-AM and WNDR-AM with the same irresistible fervor of a big national hit, because they were great records, meant to be played on the radio.  The club scene thrived.  As I came of age in the late '70s, the Central New York music scene exploded with the arrival of punk and new wave, led by my favorite band, The Flashcubes.  The Flashcubes opened the doors for many more great bands to follow, from The Ohms and The Pop Tarts and The Dead Ducks Band and The Tearjerkers, to later acts like Porcelain Forehead and The Trend.  There were so many terrific Syracuse bands playing all over the place, one couldn't even keep up with them.  It was enormous fun trying.

I love Syracuse, and I love the music in Syracuse.  Beyond our college hoops team and our ability to deal with the random intrusion of winter (a season when, local legend has it, it just might snow a little bit sometimes), Central New Yorkers can take rightful pride in our music and our musicians, a diverse and incredible scene that has produced diverse, incredible, WONDERFUL music for decades.  That continues today.

In Syracuse, the summers are not built to last.  But we still play music, all year long, in snow or shine.  And that girl I loved when I was 19?  I love her still.  We have now been married for over 30 years.  The best parts of summer can last forever.  Even in Syracuse.
Posted by Carl Cafarelli at 10:11 AM