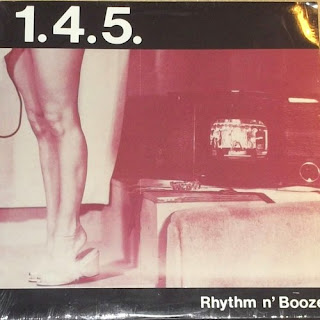 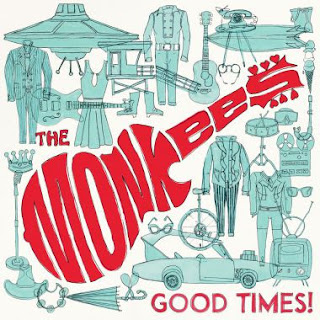 It was not a very good year.

But, in spite of the passings of so many of our cherished artists and performers, and in spite of the seemingly relentless barrage of bad news that assailed us all year long, those of us who survived 2016...well, we're still here. Beyond the headlines, many have suffered loss--personal, immediate--the sort of loss that would be devastating in any year. When a year fights us, we fight back. We're still fighting whatever good fight we can manage. We still have each other, the ones who are left. We still dance, and love, and joke, and cry, and console, and live, and we still try to do better, to be better.

And we still listen to our music. The songs don't solve our problems, the melodies won't wash away our sorrows, the records we play can't quite make the pain go away. But the music remains part of us, in the good times and in the difficult times, offering us as much comfort as it can, providing whatever inspiration we're willing to accept, and giving us an essential soundtrack for the open question of What now? Time is the enemy. Time is always the enemy. For each of us, when our own calendar flips to its final page, time will win the battle; but we aim to at least make sure that time knows it was in one hell of a tussle.

The deaths of David Bowie, Prince, and so many others certainly had an effect on This Is Rock 'n' Roll Radio's playlists in 2016, as we addressed our own ever-present mortality and played our tunes a little bit louder. The toughest blow for our local music community in Syracuse was the death of Norm Mattice, former lead singer of Dress Code, 1.4.5., and The Richards, who died homeless and alone, his body discovered in Onondaga Lake Park in April. Seeking catharsis in our sorrow and rage, we played 1.4.5.'s "Your Own World" more often than we played any other track in 2016. We mourned. We fought on.

Even in the midst of a year most of us are eager to forget, there was some good in 2016. The Monkees, long one of our all-time favorite groups, observed the 50th anniversary of Monkeeshines with the release of a wonderful new album, Good Times! With no less than five songs from Good Times! among our 44 most-played tracks this year (plus a sixth, classic Monkees tune also charting on our year-end countdown, and many more Monkees tracks bubbling just under our Top 44), The Monkees were far and away our most frequently-played artist this year. 2016 was clearly The Year Of The Monkees. It's nice to have something good to say about 2016.

This Is Rock 'n' Roll Radio always ends each year with a countdown show, playing back what we played a lot over the preceding twelve months. Thanks, as always, to the mighty Fritz Van Leaven for keeping track of whatever the hell it is we're doing, and thank you for listening to our efforts to drive away darkness with song. 2017 is not likely to be any easier. But we've got some records to play, and the will to fight back. Fall in, soldier; our beleaguered legion marches on. This is what rock 'n' roll radio sounded like on Sunday nights in Syracuse this year.

This Is Rock 'n' Roll Radio with Dana & Carl streams live on Sunday nights from 9 to Midnight Eastern at www.westcottradio.org

EYTAN MIRSKY: This Year's Gonna Be Our Year (M-Squared, Year Of The Mouse)
--
TIRnRR's 13 Most Frequently-Played Artists In 2016: