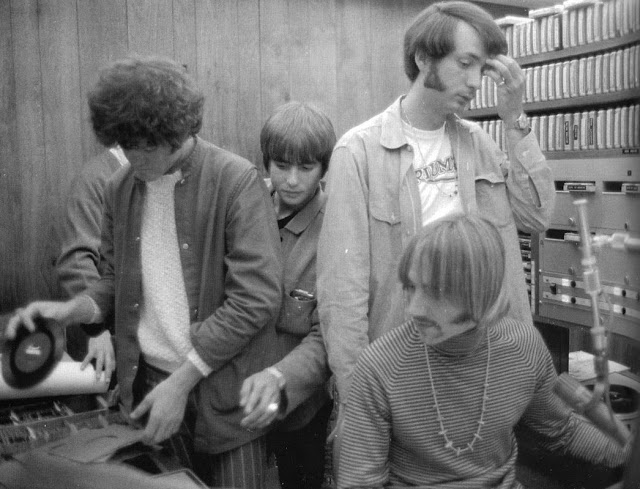 This week's edition of 10 Songs draws exclusively from the playlist for This Is Rock 'n' Roll Radio # 1088.

THE ANDERSON COUNCIL: I'd Love Just Once To See You 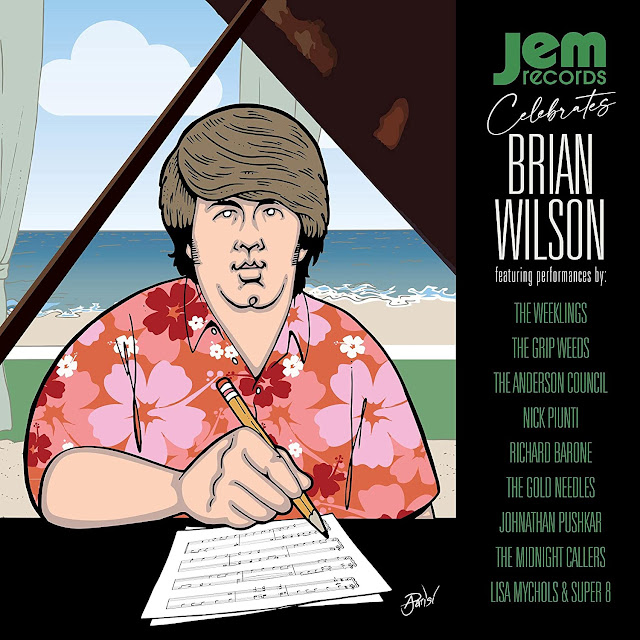 This is our second week in a row spinning the Anderson Council's invigmoratin' cover of the Beach Boys' "I'd Love Just Once To See You," from Jem Records' invigmoratin' various-artists tribute album Jem Records Celebrates Brian Wilson. We've also been programming the Grip Weeds' "You're So Good To Me" and Lisa Mychols and Super 8's "Pet Sounds (Story)" from the same album, with more from Jem Records Celebrates Brian Wilson likely in future weeks.

Of course we play them. It's what we do.

THE BEACH BOYS: Sloop John B 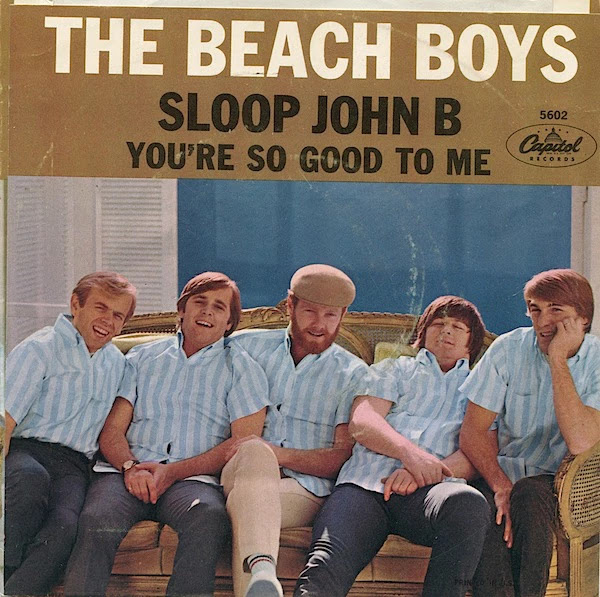 Way back in the early '80s, Bill and Carol Yerger vowed to make me a fan of the Beach Boys. Bill and Carol owned Main Street Records in my college town of Brockport, NY, I bought a ton of stuff there, and I thought they were both pretty high on the list of the best people ever. 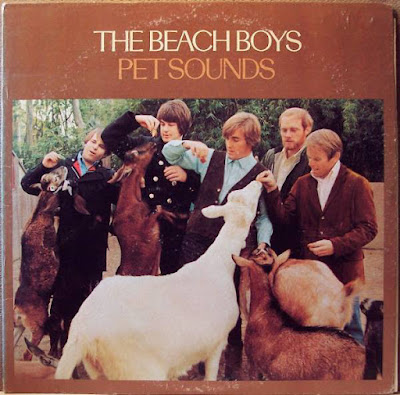 That song was why I bought Pet Sounds in the first place. As a freshman in college, 1977-78, the song somehow got into my head something fierce. I was also trying to learn the song for my guitar class (part of my futile effort to try to figure out how to make music).

Anyway. My Beach Boys collection consisted solely of the 2-LP Endless Summer, so I made a beeline for The Record Grove (then managed by Bill Yerger, before he opened his own store the following year) and bought the album. Yeah, even as a perpetually cash-strapped college student, I could occasionally be expected to buy an LP just to get one song. And hey, Pet Sounds also had "Wouldn't It Be Nice," so, y'know, that's two songs!

The rest? Filler, I guess, though I developed some small interest in the track "Here Today." "God Only Knows" did not even register with me when I was 18; now, it rates a chapter in my long-threatened book The Greatest Record Ever Made! (Volume 1). I regard Pet Sounds as one of my favorite albums, and I was delighted to see it performed in concert by Brian Wilson.

"Sloop John B" is no longer my favorite Beach Boys song. But it's one of them. One of many. It took a while, but the Yergers accomplished their goal of making me a Beach Boys fan. 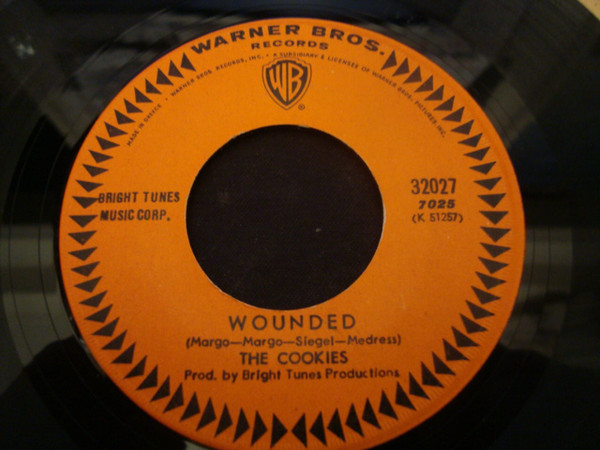 This lesser-known girl-group gem from 1967 is almost a mirror-image of the Shirelles' 1960 classic "Will You Love Me Tomorrow." Where the Shirelles worried about a horndog lover losing respect for the singer the morning after he and she decide to do it--IT!!--the Cookies' "Wounded" presents the sympathetic story of the girl who says no. The Cookies are best-remembered for their 1963 hit "Don't Say Nothin' (Bad About My Baby)," and for "Chains," a 1962 single later covered by the Beatles. The Cookies went through varying line-ups, and I think "Wounded" was their final single. The girl group era was well over by '67 (or at least it was over if you weren't the Supremes), but "Wounded" was an incredible record that deserved much, much wider attention and acclaim. Hell, the Supremes' own "Love Child" could be seen as (an unintentional) part of this trilogy of a sexual cautionary tale.

KISS: Anything For My Baby 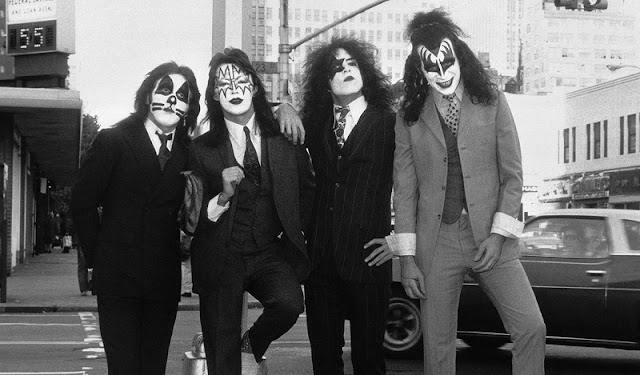 "Anything For My Baby" comes from KISS's third album Dressed To Kill, the 1975 work that gave an unsuspecting world a li'l sumpin called "Rock And Roll All Nite." You keep on shoutin', you keep on shoutin'. Yeah, that's far and away the biggest thing on Dressed To Kill, the most iconic number in the entire KISS catalog, but I think we've played "Anything For My Baby" a lot more on TIRnRR than we've played "Rock And Roll All Nite." We're funny that way.

And that's not a shot against "Rock And Roll All Nite," a classic which I love and always will love. But not enough stations play "Anything For My Baby." I read somewhere that KISS guitarist Paul Stanley (who wrote the song) largely dismisses it, which would mean I like the song a lot than its author likes the song. I agree with me on this one. 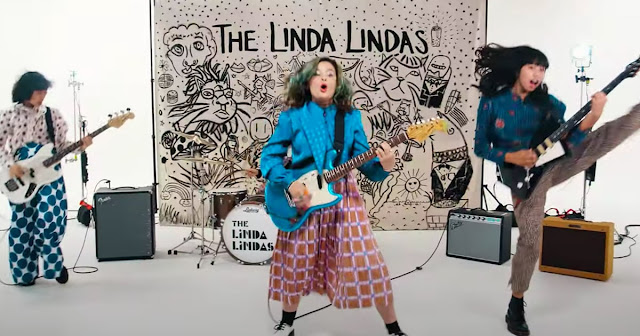 New music from the Linda Lindas, the buzz band of 2021. Of course we played it! It's what we do.

CIRCE LINK AND CHRISTIAN NESMITH: I'm On Your Side 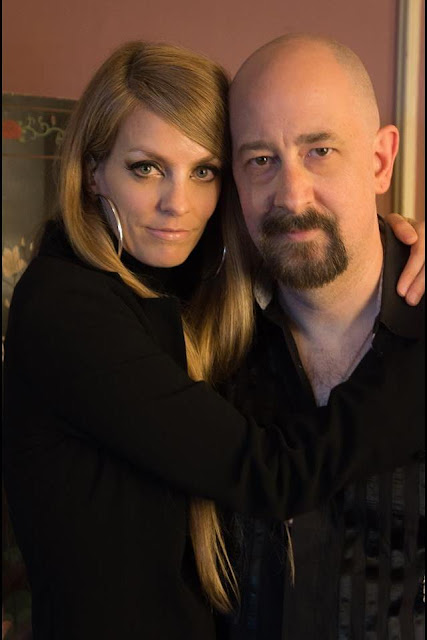 Monkee Mania Radio is a new 24-hour Live365 station dedicated to the Monkees. Well, we approve already. MMR curators Alan Williams and Ken Mills are indeed Believers, and while real-world music licensing restrictions prevent them from going All Monkees All The Time, they supplement their mandated limitation of one Monkees track per hour with oodles and oodles of related treats, including solo works by individual Monkees Micky Dolenz, Davy Jones, Peter Tork, and Michael Nesmith, various combinations thereof (including Dolenz, Jones, Boyce and Hart and Tork's Shoe Suede Blues Band), other acts associated with the Monkees, and covers of Monkees songs. Play, Magic Fingers!

Ken Mills elaborates: "Alan Williams is the main program director and it took a team of folks who just wanted a place to feature THE MONKEES music and culture, the MANIA that surrounds their story and times. We have some great people involved. Jodi Ritzen got involved and we all figured out how to make it a reality.

"While we always hoped to play as much Monkees music as possible, we are beyond thrilled to play the music of the people who helped create the Monkees, from the songwriters to acts they toured with, and people that are part of the Monkees story and culture. More importantly, to feature the music of David Jones, Peter Tork, Michael Nesmith, and Micky Dolenz as artists beyond the project known as 'The Monkees.' This is when you hear what they are about. In their solo works or in bands they formed, there is a world of music beyond the first five or six Monkees albums that some fans never allowed themselves to explore. That is one of the biggest joys of this project."

THE MONKEES: For Pete's Sake 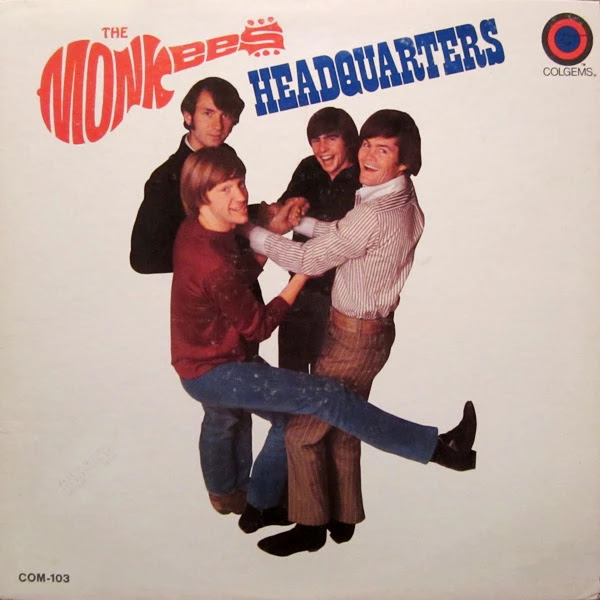 And we will make the world shine. 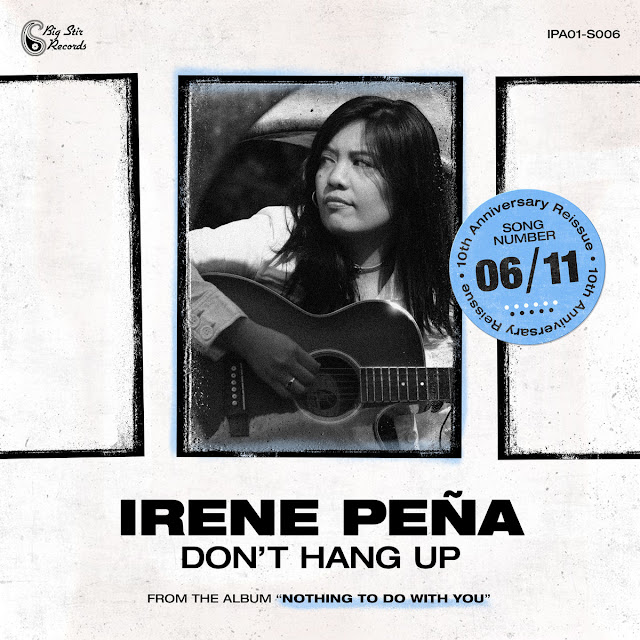 Another new archival single from Irene Peña, continuing to observe the tenth anniversary of her debut album Nothing To Do With You by releasing each of its tracks as Big Stir Records digital singles, one track at a time. "Don't Hang Up" is the sixth single out of eleven. Of course we played it! It's what we do. 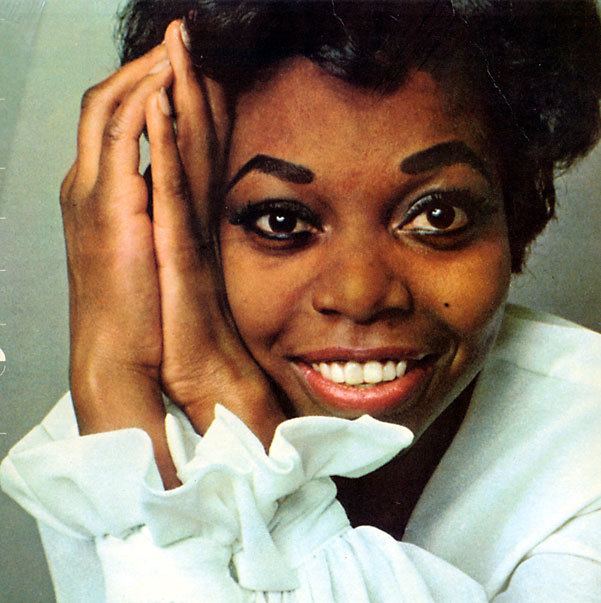 There is so, so much great pop music out there, and few of us know more than a fraction of it. Soul singer Verdelle Smith's "Life Goes On" is an obscure track from 1965, and I'm not even certain if it was the A-side or the B-side (to the also-obscure "Juanito"). Smith's only Top 40 hit (and a minor one at that) was "Tar And Cement" in 1966, and I'd say she's virtually unknown outside of the community of Northern Soul aficionados. But man, "Life Goes On" is a good one! Our thanks to intrepid TIRnRR listener Dave Murray for making us aware of this song's existence. Like life, the hunt for great pop music goes on.

DANNY WILKERSON: You Still Owe Me A Kiss 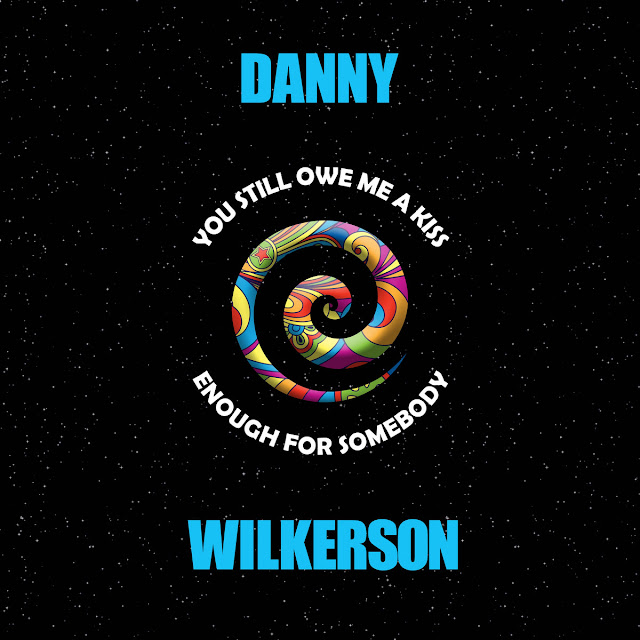 The above-mentioned Big Stir Records is also partnering with the ever-fab SpyderPop label to reissue Wilkerson, the fantastic 2018 album by the incomparable Danny Wilkerson. Wilkerson includes a stellar track called "Let It Go Tonight," which was among this little mutant radio show's most-played songs in '18. Rightly so! If you somehow missed Wilkerson then, you'll have a fresh opportunity now, thanks to BigSpyder StirPop. And the reissue is heralded with the digital single release of this wonderful Wilkerson track "You Still Owe Me A Kiss."

Of course we played it. It's what we do. 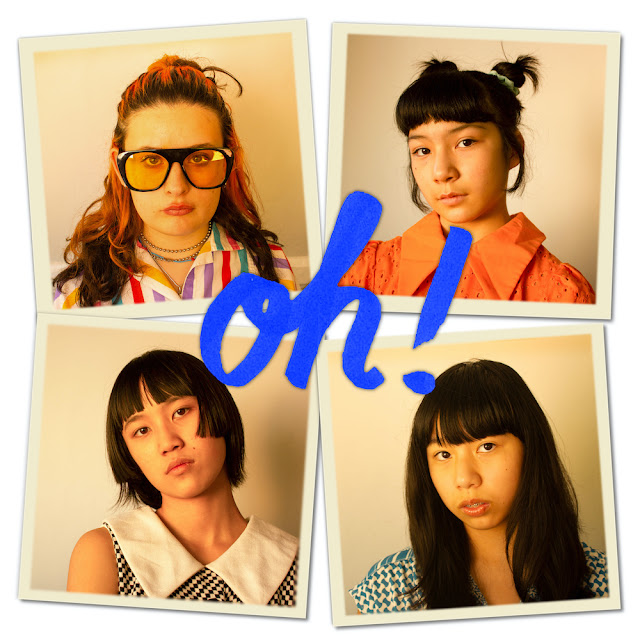