Booking THE GREATEST RECORD EVER MADE 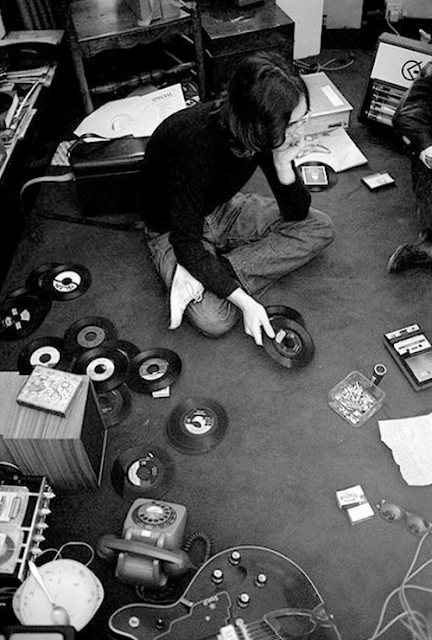 I think a book collecting the essays in my ongoing series The Greatest Record Ever Made would be a decent read. I've wanted to write books since I was a mere lad and a beardless youth, but I've never quite gotten to it. I've been in other people's books, as a contributor to MusicHound Rock, Bubblegum Music Is The Naked Truth, Lost In The Grooves, and Shake Some Action, but there's never been a tome with my name on the cover. I really oughtta remedy that.

The Greatest Record Ever Made is my best starting-point toward that goal. It's been a popular feature on this blog, generating discussion and argument over my choices (especially when I write about KISS), all serving the concept that an infinite number of rockin' pop records can each be the greatest record ever made, as long as they take turns. I credit my friend Dave Murray with nudging me toward making GREM a regular feature on my blog, and for decades of reminding me that I should be a writin' a damned book awready. My pal Keith Klingensmith has also endorsed the idea of GREM: The Book, and he's almost nearly always right. One way or another 1, it's about time 2 to make something happen 3.

I have not yet been in contact with any prospective publishers, and I know that road isn't exactly smooth and toll-free. It's been more than a decade since I quietly concluded my twenty years as a Goldmine freelancer, and my biggest current claims to notoriety are as the co-host of a relatively obscure weekly rock 'n' roll radio show and the author of an even more obscure daily blog. I'm not a household name, and no one's clamoring to read my stuff. But the concept's good, the writing's good--listen, no one toiling in a creative medium can afford the luxury of self-doubt--and I think there's a market for The Greatest Record Ever Made.

I've collected all of the GREMs published on this blog into a separate document, added two interludes about The Ramones and The Beatles, and written a new introduction and one new essay about The Bay City Rollers. These total 31,359 words so far, which is just below the minimum average word count for a nonfiction book. I'm still writing, and I will continue writing past this book's 40,000 + word target, with an eye toward an inevitable sequel (The Greatest Record Ever Made II: The Rickenbacker Strikes Back).

In the short term, a lot of that GREM writing may or may not be seen on the blog. The introduction and the essay on "Rock And Roll Love Letter" have only been seen by my paid subscribers, and I'm thinking those pieces (and a few more on the horizon) will remain private for the time being. The previously-published GREMs will remain on the blog. The Beatles. The Ramones. Big Star. Gladys Knight & the Pips. Chuck Berry. Material Issue. The Kinks. The Who. Smokey Robinson & the Miracles. KISS. Bruce Springsteen. Grand Funk. The First Class. The Searchers. Wilson Pickett. The Rare Breed. The Knickerbockers. Badfinger. Dusty Springfield. Baron Daemon & the Vampires. Freddie & the freakin' Dreamers. Bob Seger (a joke entry, but with a more sincere follow-up planned soon). The Jayhawks. The Drifters. The Left Banke. Crazy Elephant. The Dave Clark Five. The Beatles again. I hope folks that have enjoyed those will be interested in this wacky notion of a book called The Greatest Record Ever Made.

And if you happen to be a publisher of books, well then, you know where to find me.

1. Terrific track, not quite a GREM in my mind. My favorite Blondie song is "(I'm Always Touched By Your) Presence, Dear."

3.  Screen Test, The Flashcubes, or The Slapbacks? In any incarnation, "Make Something Happen" is a song worthy of greater acclaim and adoration. 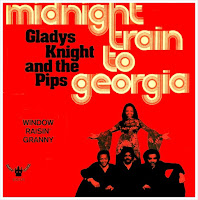 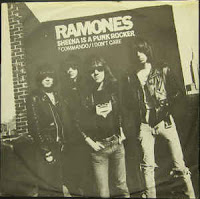 Email ThisBlogThis!Share to TwitterShare to FacebookShare to Pinterest
Labels: Greatest Record Ever Made