Fake THIS IS ROCK 'N' ROLL RADIO Playlist: The Mixtapes Of Your Life 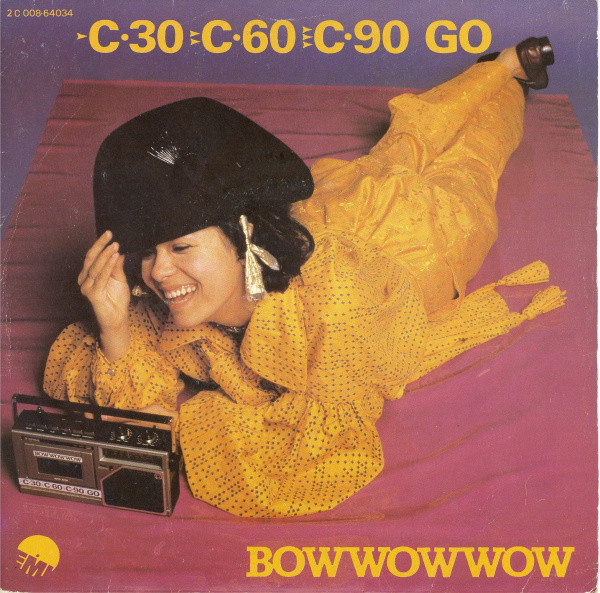 Long before Dana and I put together the four commercially-released This Is Rock 'n' Roll Radio compilation albums, I was one of the many, many pop fans who used to make mixtapes. Many of my old homemade concoctions predated my possession of a proper tape deck. I had a portable cassette recorder, and when I wanted to get my personal K-Tel on, I'd put an LP or 45 on the turntable, place the stylus at the desired track, and try to press RECORD before the music started to play. Hijinks ensued. Oh, and where exactly did I place my tape recorder to properly capture the deep and majestic sound of my music? Right in front of the stereo's speaker. Singular. One of the speakers. The fidelity was exactly what you would have expected. But, as I've pointed out before, I'm pretty sure that's how the good folks at K-Tel and Ronco and Adam VIII did it, too. My fidelity wasn't all that much worse than theirs.

This fake TIRnRR playlist is slapped together from some of the tracks I included on those long-ago mixtapes. I recall it was mostly a '70s phenomenon for me, probably something like 1973 to '75, maybe '76. I took up the practice again in the early '80s, after I'd graduated from college and moved into an apartment. By then, of course, I was a knowledgeable and capable music enthusiast, and my approach to mastering mixtapes had become more sophisticated; now, I put the recorder in between the two speakers. Progress! The results remained lo-fi. My enthusiasm did not dim in the slightest. My music. My mixtapes.

NOTE: Throughout these proceedings, there is no time that I am under oath. Decades later, my precise memory of these old mixtapes is a little south of totally reliable. Each of these tracks is something that was part of my soundtrack during the mid '70s and early '80s, and I had vinyl access to all of them at the time. Some were borrowed, some belonged to my sister when she was still living at home, and some were mine all mine. Some (most?) definitely made it to my mixtapes, some might not have. I threw in a few deliberate ringers, tracks which I only had on prerecorded cassette and couldn't have dubbed to my mixtapes. But collectively, all of 'em fit today's theme to one degree or another. C30 C60 C90 GO!

Hey, Carl's writin' a book! The Greatest Record Ever Made! (Volume 1) will contain 165 essays about 165 songs, each one of 'em THE greatest record ever made. An infinite number of songs can each be the greatest record ever made, as long as they take turns. Updated initial information can be seen here.
Fake TIRnRR Playlist: The Mixtapes Of Your Life
ELTON JOHN: Saturday Night's Alright For Fighting
THE FLIRTATIONS: Nothing But A Heartache
CAST OF HAIR: Air
DAVID BROMBERG: The Holdup
PAUL REVERE & THE RAIDERS: Him Or Me--What's It Gonna Be
PROCOL HARUM: Conquistador
--
TINA TURNER: Acid Queen
SIMON & GARFUNKEL: Homeward Bound
THE SUPREMES: The Happening
THE MONKEES: Sometime In The Morning
JOAN BAEZ: Sweet Sir Galahad
THE BLUES MAGOOS: (We Ain't Got) Nothin' Yet
--
THE BEATLES: You're Gonna Lose That Girl
THE UNDERTONES: It's Going To Happen!
THEM: Gloria
THREE DOG NIGHT: Mama Told Me Not To Come
THE BEACH BOYS: I Get Around
THE DAVE CLARK FIVE: Glad All Over
--
THE RAMONES: All's Quiet On The Eastern Front
THE CRAZY WORLD OF ARTHUR BROWN: Fire
THE STANDELLS: Dirty Water
THE ANIMALS: We Gotta Get Out Of This Place
SHRAPNEL: Go Cruisin'
SPLIT ENZ: I Got You
--
THE BEE GEES: New York Mining Disaster 1941
BOB DYLAN: Like A Rolling Stone
JEFFERSON AIRPLANE: White Rabbit
THE MOODY BLUES: The Story In Your Eyes
JETHRO TULL: Thick As A Brick
THE LOVIN' SPOONFUL: Summer In The City
--
THE ZOMBIES: She's Not There
THE BYRDS: Eight Miles High
THE ROLLING STONES: Let's Spend The Night Together
SOFT CELL: Tainted Love
BARRY McGUIRE: The Eve Of Destruction
THE JAM: Smithers-Jones
--
THE ROMANTICS: National Breakout
THE FOUR TOPS: It's The Same Old Song
THE DICTATORS: Baby Let's Twist
THE MAMAS & THE PAPAS: Go Where You Wanna Go
MELANIE: Lay Down (Candles In The Rain)
CROSBY. STILLS & NASH: Marrakesh Express
--
COVEN: One Tin Soldier
THE NEW YORK DOLLS: Babylon
JIM CROCE: Time In A Bottle
BIG BROTHER & THE HOLDING COMPANY: Piece Of My Heart
THE VELVET UNDERGROUND: There She Goes Again
THE REVILLOS: Mind-Bending Cutie Doll
THE GRASS ROOTS: Temptation Eyes
STEPPENWOLF: Born To Be Wild
BOW WOW WOW: C30 C60 C90 GO
THE YARDBIRDS: Train Kept A-Rollin'
THE VENTURES: Walk--Don't Run
Posted by Carl Cafarelli at 7:00 AM