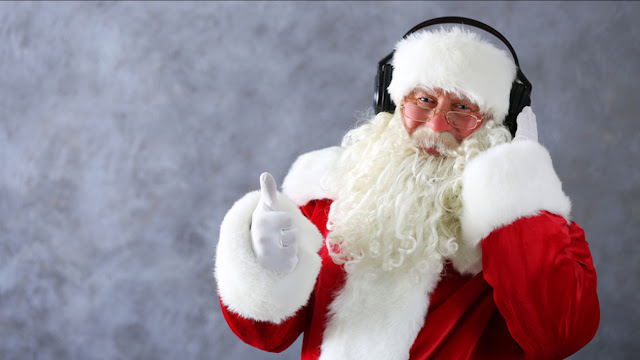 This week's edition of 10 Songs draws exclusively from the playlist for The 22nd Annual This Is Rock 'n' Roll Radio Christmas Show.

JOHN AND YOKO: Happy Xmas (War Is Over) 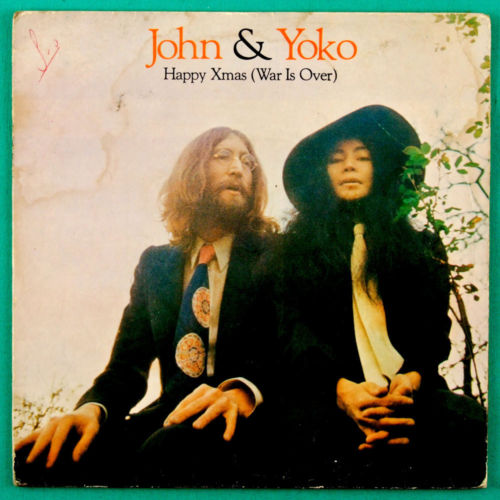 John Lennon and Yoko Ono's "Happy Xmas (War Is Over)" was my favorite rock 'n' roll Christmas song for a long, long time, and it's still probably my all-time # 3 (and yes, the two that surpassed it will appear in the paragraphs below). I know that some folks don't like it or are sick of it, and that some even prefer that dishwater Paul McCartney thing (aka "The Cringe That Stole Christmas") when 'tis the season.

I don't get that. Dig what you dig, of course, but man...I don't get that. To my ears, John and Yoko's Christmas single remains a stirring and engaging plea for peace on Earth, good will toward all. An obvious sentiment? I'm not looking for Proust here. "Happy Xmas" supplies the feels I want in my holiday music, its childlike hope (and children's chorus) never falling prey to the cynical or the overly earnest. It added an aching sense of melancholy forty years ago this month. But I never get tired of hearing it.

I'm not one of those who blithely bash Paul McCartney, either. Seeing Macca perform live in 2017 was the highlight of my concert-goin' career, I listen to solo Paul more often than I listen to solo John, and they were equal partners in the greatest rock 'n' roll band this world will ever experience. Nonetheless: I can't stand "Wonderful Christmastime." I absolutely adore "Happy Xmas (War Is Over)." 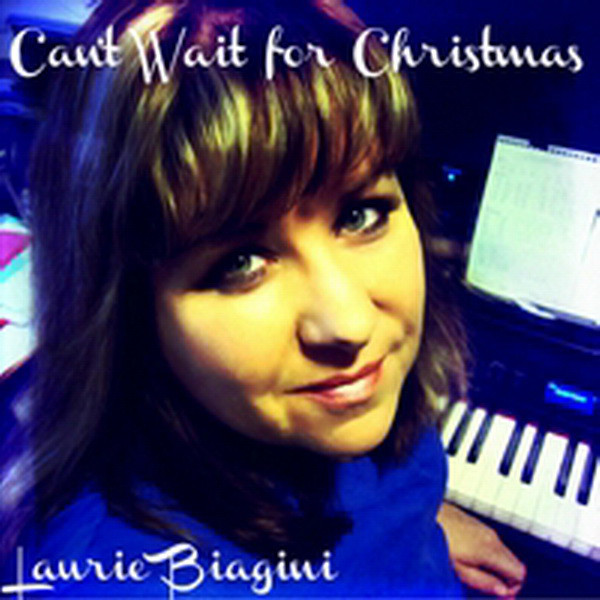 It has been way, way too long since the last time we heard Laurie Biagini on TIRnRR. We love Laurie's music, and her absence from recent playlists is the result of a three-hour weekly gig flyin' by before Dana and I even realize what we want to play. We'd make this a daily show if we weren't pretty sure the effort would kill us. One of my many goals for 2021 is to play some more Laurie Biagini on a few upcoming Sunday nights in Syracuse.

In the mean time, we return to Laurie's boppin' li'l holiday record "Can't Wait For Christmas," a lovely seasonal side that employs her Beach Boys-bred pop sensibility in delighted and delightful eagerness for the joy and wonder that awaits. 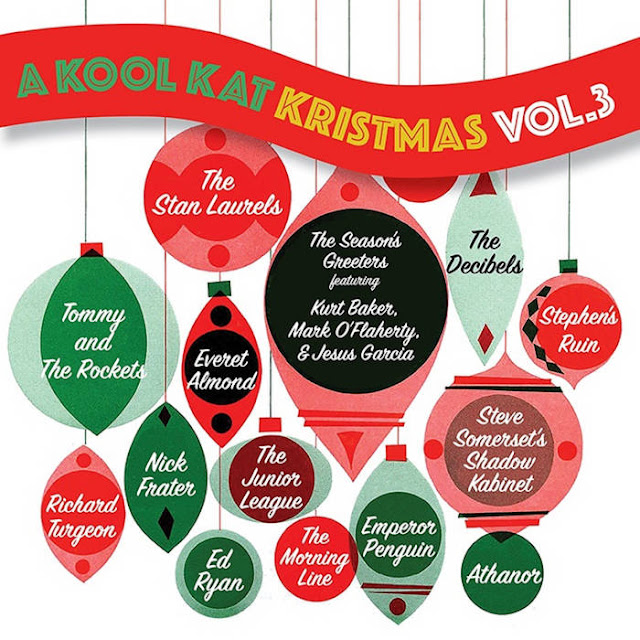 We missed the boat last year with A Kool Kat Kristmas Vol. 3, a fab 2019 compilation that we somehow didn't get around to hearing until after the Christmas show had aired. It's a terrific collection, and this track by The Decibels is one of many highlights. Can't go wrong with The Decibels! 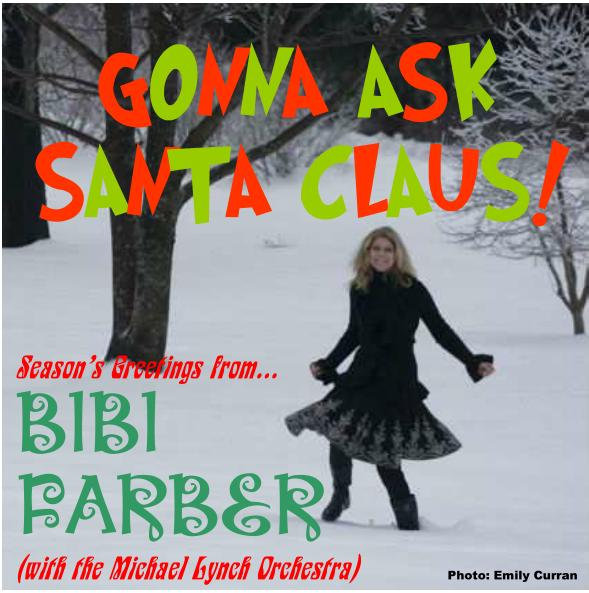 My favorite pop-rock Christmas song of this young century so far, and my second favorite all-time. (We'll talk about my # 1 pick in just a sec.) This track is magic, and I mean it as a compliment when I say it sounds like something of a much older vintage, classic '50s or '60s rather than 2013. It's never been issued on CD. Somebody should remedy that. 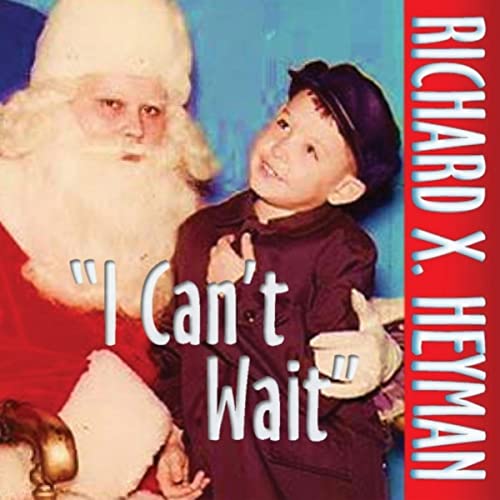 Anticipation. I remember tossing and turning through the endless hours leading up to Christmas morning, finally bounding out of bed at an unholy and unlit early hour on the 25th to see what Santa had brought me. And yes, I remember all of this because it was just last year. Duh. Richard X. Heyman also remembers, and he expresses that sensation with effervescent eloquence in "I Can't Wait."

THE IDEA: It's About That Time 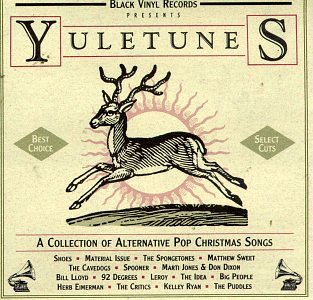 I can't fully explain why I love this song so much. Oh! I know! Because it's perfect. Perfect blend of giddy abandon and cool control, perfect embrace of December joy, perfect use of casual holiday elements--streets painted white, windows aglow with colored lights, on the TV It's A Wonderful Life--to craft a perfect Yuletune like no other. Yuletunes is the name of the 1991 Christmas compilation that gave us "It's About That Time" by The Idea (later Phil Angotti and the Idea), and it remains one of the all-time greatest Christmas albums. "It's About That Time" will likely always be my all-time favorite rockin' pop Christmas songs. Perfect. 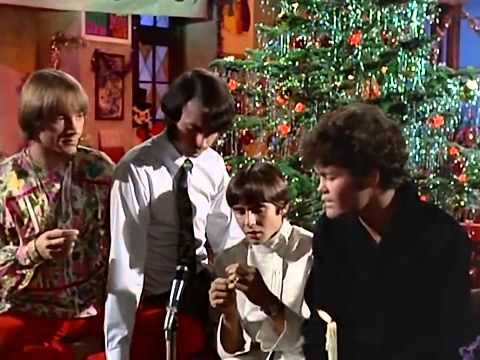 In 1967, The Monkees did a live a cappella rendition of the 16th century Spanish song "Riu Chiu" in the Christmas episode of their TV series. The performance is riveting, and it should be used as a blunt instrument to strike any knuckleheaded pundit who still clings to the fiction that The Monkees were a talentless group of hacks. You, sir, are getting coal again this year. The Monkees' "Riu Chiu" will be the subject of this week's video rant in my YouTube series The Greatest Record Ever Made! 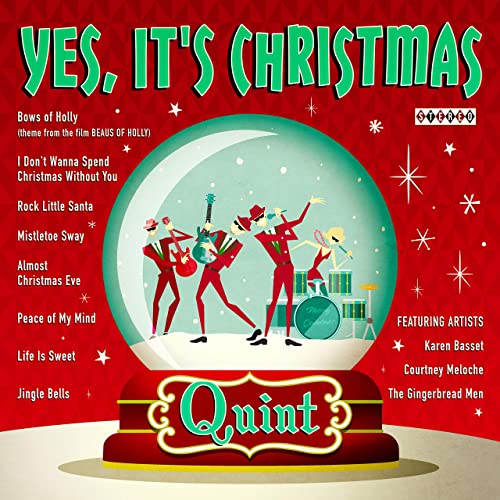 Yes, it's a Sharknado Christmas! Sort of. "Bows Of Holly" comes to us courtesy of our pal Robbie Rist, who is one-half (with Anthony C. Ferrante) of Quint. Ferrante directed the Sharknado films, cinematic milestones that have employed a Quint track or two in their time.

If it seems like something of a long shark-jump to get from Sharknado to bows of holly, well, chalk it up to visions of sugarchum: Ferrante's also the director of Beaus Of Holly, a holiday rom-com that debuted this month on ION Television. Movies need a soundtrack like shark-hunters need a bigger boat, so our lads Quint made with the seasonal sounds. And they recruited former Pandoras drummer (and TIRnRR Fave Rave) Karen Basset to sing lead on the homophonic title theme "Bows Of Holly." Jaws to the world! 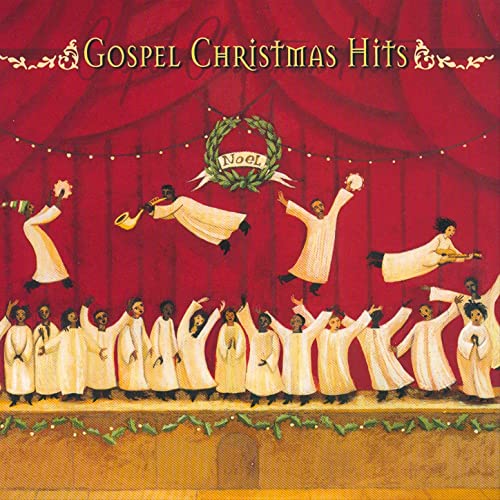 We mistakenly identified this on-air as a track by the late, great Sam Cooke. It is not Sam Cooke, but it is Cooke's former group The Soul Stirrers. Oops. See, this is what we get for believing things read on the internet. 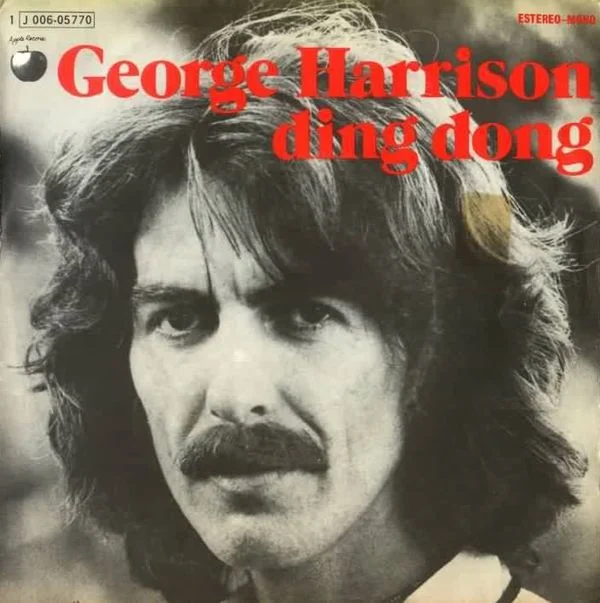 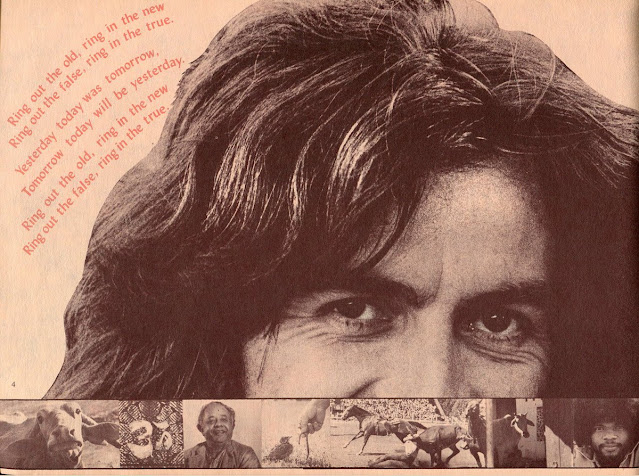