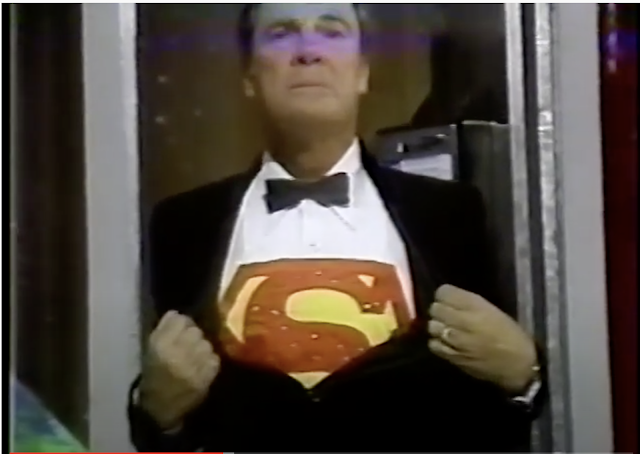 This week's edition of 10 Songs draws exclusively from the playlist for This Is Rock 'n' Roll Radio # 1054. 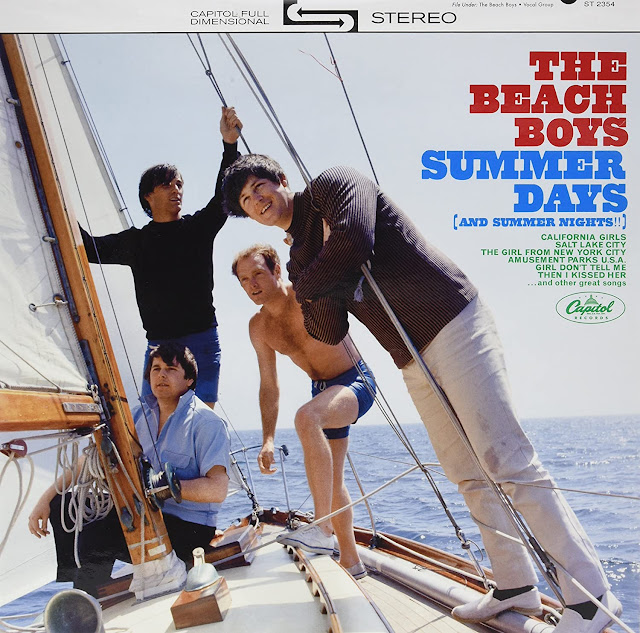 "Girl Don't Tell Me" occupies an incongruous but significant slot in my story of belatedly becoming a fan of The Beach Boys. I've previously written (principally here and here) of my slower'n slow path from thinking The Beach Boys were uncool to regarding them as one of my favorites.

But I don't think I've mentioned the specific importance of "Girl Don't Tell Me" in that evolution. It was almost incidental; I knew the song from my old copy of the Endless Summer compilation, so it wasn't anything new to me when I heard it again in, I guess, the late '80s. I had borrowed a copy of the Capitol Records two-fer CD reissue of Beach Boys albums Today! and Summer Days (And Summer Nights!!), a loan courtesy of the local library.

My interest in The Beach Boys at this point was slightly more than perfunctory, considerably less than devoted. But something clicked for me this time. I was enjoying the CD, but for some reason that familiar 17th track stood out, and hooked me in a way it hadn't before. "Girl Don't Tell Me." It had a Beatles aura about it, yet it sounded uniquely American, Californian, Beach Boys '65. It was roughly contemporary to my favorite Beatles albums. It was fantastic, just inviting and all-encompassing.

And it set me on the better-late-than-never path to discover and eventually adore this Beach Boys music I'd mostly ignored for so long. I bought all the Capitol two-fers. I bought the Pet Sounds CD reissue as soon as it hit the stores. Later, I bought the Pet Sounds boxed set, the first of a few occasions where I shelled out cash for a multi-disc collection of what had originally been a single LP. All worth it, though. And for me, a proper appreciation of The Beach Boys began with "Girl Don't Tell Me." 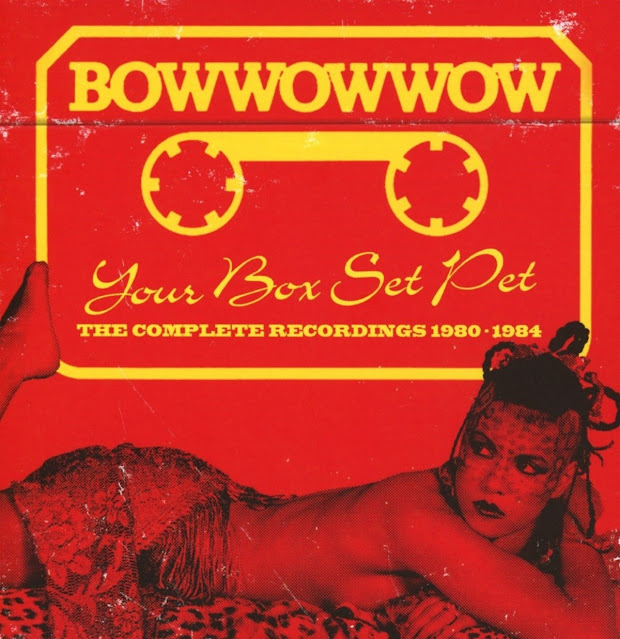 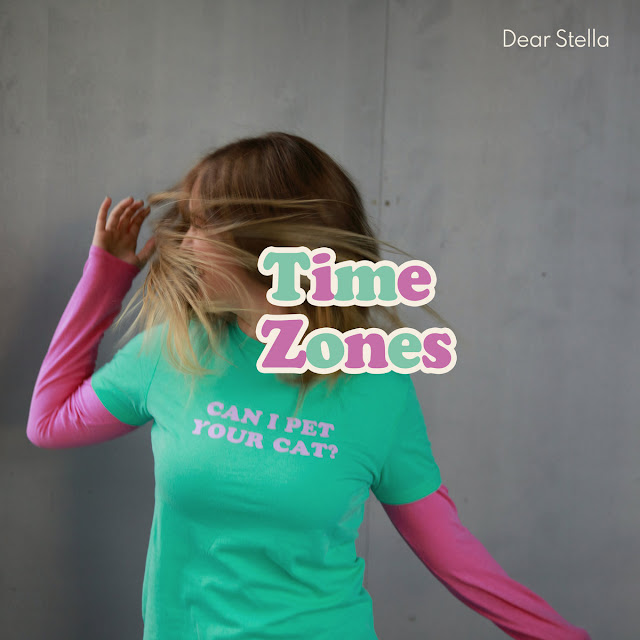 I can't get enough of this track. In a previous 10 Songs, I compared Dear Stella's "Time Machine" to Olivia Newton-John fronting Cheap Trick. That first impression reinforces itself every time I listen. Like, what if Cheap Trick had replaced Electric Light Orchestra in collaborating with Newton-John for the music in her 1980 flick Xanadu? No, I didn't see the movie either, but that's beside the point. The sound woulda been awesome, and it would have sounded at least a bit like "Time Machine." This is absolutely one of my favorite tracks of the year. 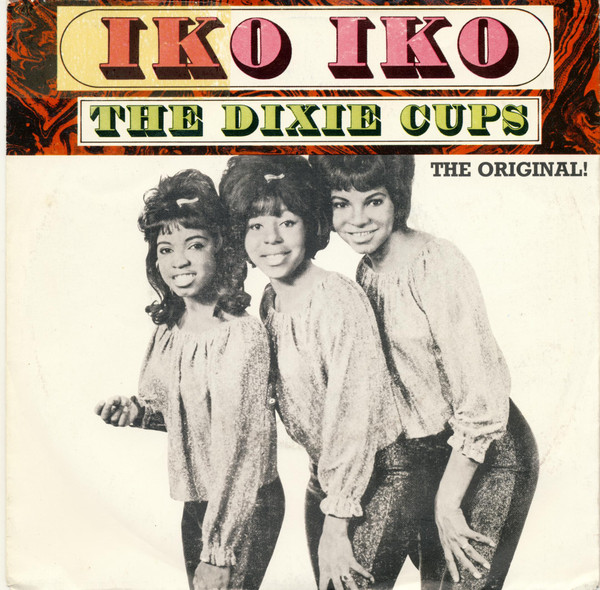 Like Mary Poppins and The Ramones, The Dixie Cups' "Iko Iko" is practically perfect in every way. I considered playing the originally-unreleased a cappella version (which refers to a boy as "a sex machine," and probably wouldn't have made it to the radio in 1965), but nothing compares to the well-known hit rendition. The Greatest Record Ever Made? Well...yeah.

THE FOUR TOPS: Baby I Need Your Loving 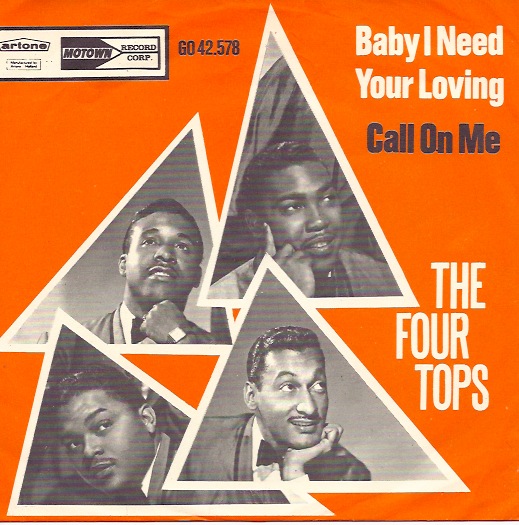 It is possible for a pop song to be both smooth and powerful at the same time. I mean, The Righteous Brothers demonstrated it with their version of "Unchained Melody," and The Four Tops owned the concept on their break-through 1964 hit "Baby I Need Your Loving." 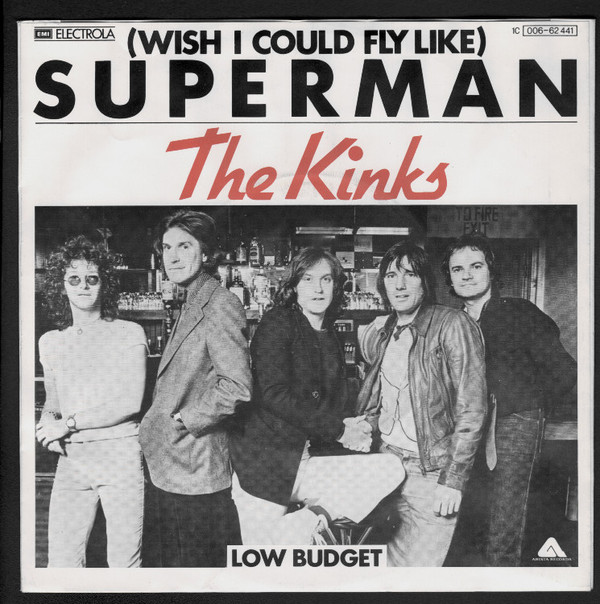 The Kinks' 1979 album Low Budget brought the group a commercial resurgence in America, moving them from modest concert halls to arenas. Its release was preceded by the single "(Wish I Could Fly Like) Superman," which was a seemingly incongruous mix of our dedicated followers of fashion with a disco beat. Faster than a speeding leisure suit, more powerful than a mirrored ball, able to leap over tall velvet ropes in a single bound, the record is flush with Ray Davies' characteristic cantankerousness, and it was accepted by rockers who would not have been caught dead with any kind of Saturday night fever. Disco? The Rolling Stones did it. KISS did it. Blondie had their first U.S. hit by doin' it. Even the razzafrazzin' Grateful Dead did it with "Shakedown Street," though every Deadhead I knew denied the fact and the beat. So why shouldn't The Kinks make a disco record? The Kinks pulled it off, and The Kinks got bigger.

1979 was the final year that Parks would host the annual Miss America beauty pageant. He had been that show's host since about, oh, the dawn of time, and he was about to be kicked aside and replaced by someone younger, if not exactly hipper. "Hipper" and "Miss America beauty pageant" were definitely not two great tastes that taste great together. Actor (and former TV Tarzan) Ron Ely took over the job in 1980 and '81.

By '79, I was not in the habit of watching the Miss America broadcast. Whatever interest I could have derived from seeing pretty girls on my TV screen was overshadowed by the sheer hokiness of such an emphatically four-cornered spectacle. But that year, my girlfriend asked me to be her plus-one at the wedding of one of her dearest friends, so I accompanied her out of town for the event. We had some down time one evening, and we found ourselves watching TV.

No, Muswell Hill's finest didn't show up to warble "Theeeere she is, Miss America...!" That would have been odd, but interesting. Instead, Bert Parks himself lent his golden throat to a never-before, never-again, why-in-God's-name-in-the-first-place performance of "(Wish I Could Fly Like) Superman." Parks concluded the brief songlet by ripping open his shirt to reveal the Superman shield on his chest.

I was horrified. Transfixed, car-crash hypmotized, unable to turn away, scarred for life, damaged beyond repair, a gas-strike, oil-strike, lorry-strike, bread-strike pinned-in-place deer in the disco lights. Hey, girl. We gotta get out of this place.

You don't believe me? Lord, I wish it had only been the hallucination it seemed. But no! It was real. Check out this YouTube clip, and go directly to the 38:08 mark...IF YOU DARE!

So. Bert Parks' final gig as Miss America pageant host. Coincidence? Maybe. Or further evidence that you don't tug on Superman's cape. And, for God's sake, you don't mess with The Kinks. 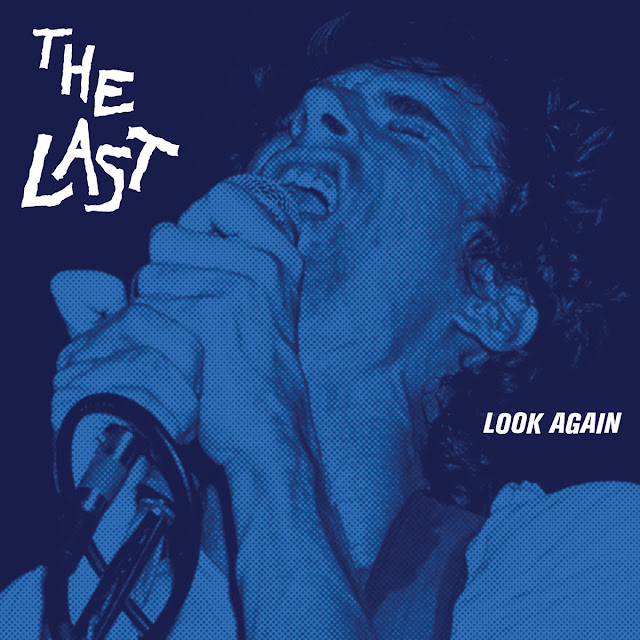 When I was in college, my favorite rock magazine was Bomp!, which I adored even more than I adored CREEM and Trouser Press. I read about The Last in Bomp! circa 1979, and I was sufficiently intrigued by the write-up (without having heard the music) to make a mail order purchase of The Last's debut single "She Don't Know Why I'm Here." It arrived alongside its partner purchases (The Romantics' "Tell It To Carrie" 45 and The Sex Pistols' Spunk bootleg), and it did not disappoint. I remember telling Flashcubes guitarist Paul Armstrong about "She Don't Know Why I'm Here," describing it as a cross between the Pistols and The Castaways (of "Liar, Liar" fame). The Last and The Flashcubes were both on a Bomp! compilation album called Waves. I bought The Last's debut album L.A. Explosion!, and eagerly awaited more from this fab combo.

"More" did come eventually from The Last, but the specific follow-up to L.A. Explosion!--1980's Look Again--was not released at the time. It has just finally seen the light of day, proving that even 2020 is good for something. I'm very, very happy.

IRENE PEÑA: It Must Be Summer 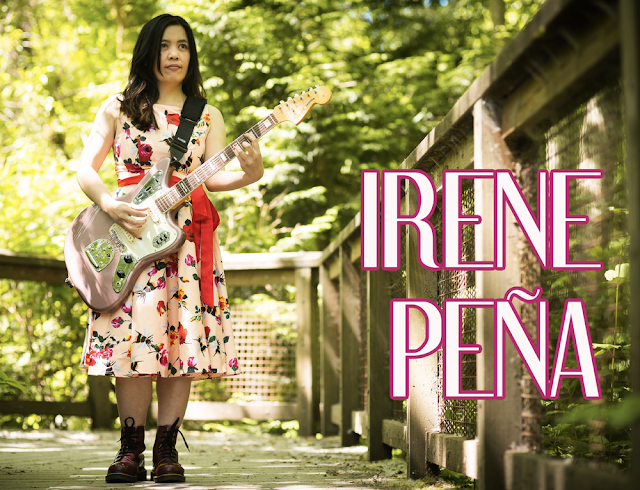 Willful denial as winter approaches. Though this cover of the Fountains Of Wayne gem (performed by America's Sweetheart Irene Peña) retains the original's sense of a bummer of a summer, which is certainly fitting for 2020.

THE SPINNERS: I'll Be Around 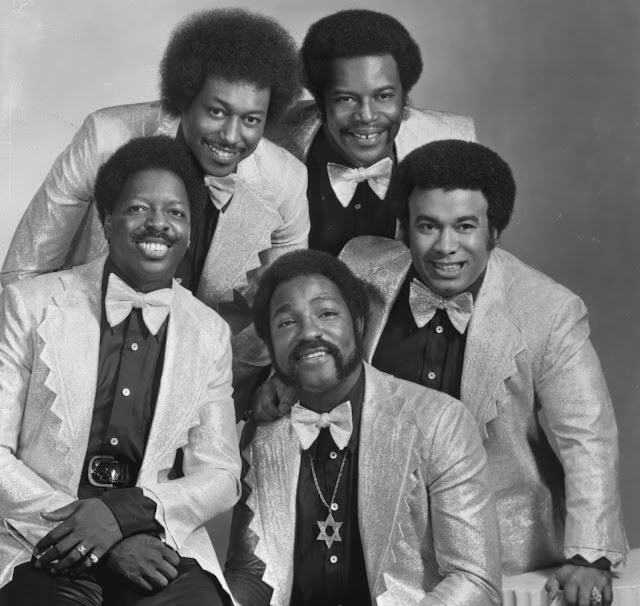 From my book The Greatest Record Ever Made! (Volume 1):

Heartbreak, capitulation and acceptance--and that's all apparently taken place before the song's even started. The ultimate stiff-upper-lip ditty, as the ex-lover bows out gracefully, but leaves the girl with his card...just in case things change.

VAN HALEN: Dance The Night Away The death of a popular performer can strike one in surprising ways. This can be true even when it's a performer you were never really into to begin with. Sudden, overdue perspective can strike from anywhere. I was never a Van Halen fan, and guitarist Eddie Van Halen's unexpected passing this year isn't going to change that. But I've always liked (and occasionally loved) VH's 1979 hit "Dance The Night Away," and its eventual addition to TIRnRR's little Play-Tone Galaxy O' Stars was inevitable. With this week's show, we've now played the song twice, and odds are we'll play it again.

What wasn't inevitable--and, in fact, I woulda thought you flat-out loco if you suggested it--was for me to ever consider adding a Van Halen entry to my book The Greatest Record Ever Made! (Volume 1). Crazy. Absurd! And yet...yeah, it's there, in the updated Table of Contents: Van Halen, "Dance The Night Away," currently nestled in between The Lovin' Spoonful's "Summer In The City" and a piece about The Tottenham Sound of The Beatles. Didn't see that coming, but it feels undeniable now. DANCE!

Just, like...y'know, keep Bert Parks out of it. 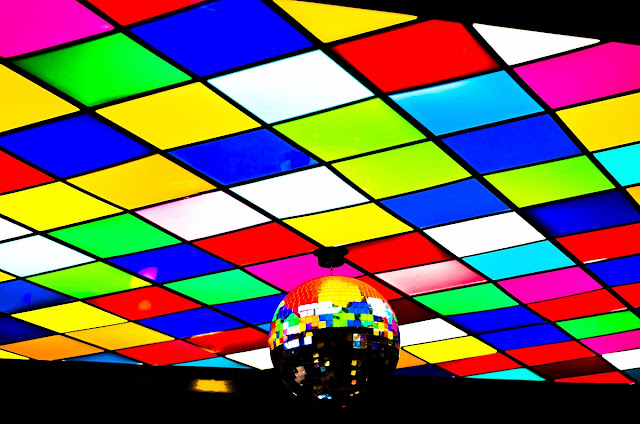