POP-A-LOOZA: THE GREATEST RECORD EVER MADE! The Ramones, "I Don't Want To Grow Up" 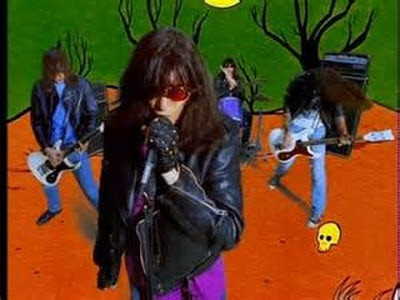 Each week, the pop culture website Pop-A-Looza shares some posts from my vast 'n' captivating Boppin' (Like The Hip Folks Do) archives. The latest shared post is my Greatest Record Ever Made! celebration of "I Don't Want To Grow Up" by The Ramones.

An infinite number of songs can each be THE greatest record ever made, as long as they take turns. My ever-forthcoming book The Greatest Record Ever Made! (Volume 1) will discuss a bunch of those worthy GREM! candidates. The piece about "I Don't Want To Grow Up" was intended for the book, and I think it turned out well. It just doesn't fit into the book's current plan.

But the piece is not quite orphaned. Part of it will surface in the book's chapter about Amy Rigby's "Dancing With Joey Ramone;" that entry will also incorporate an intro I once posted separately as "I Dream Of Johnny, Joey, Dee Dee, Tommy (and occasionally Marky, Richie, CJ, and/or new recruits)." And The Ramones will be well represented in the book, with chapters about "Do You Remember Rock 'n' Roll Radio?," "Sheena Is A Punk Rocker," and "Blitzkrieg Bop." I have also done a "Do You Remember Rock 'n' Roll Radio?" video rant in the GREM! series on my YouTube channel. 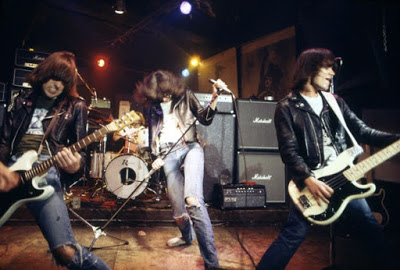 For a bit of additional evidence of my pervasive and prevailing fondness of The Ramones, you can also refer to previous Boppin' posts about my first Ramones concert, my memory of the Rocket To Russia album, my Goldmine reviews of reissues of the first four Ramones albums, individual pieces about "Babysitter" and Subterranean Jungle, my Closing Arguments eulogy of Joey Ramone, and the introduction to a hypothetical book collecting the Ramones interviews I did for Goldmine in 1994. Hell, I even tried to write my own Ramones song. I didn't succeed...but I tried! 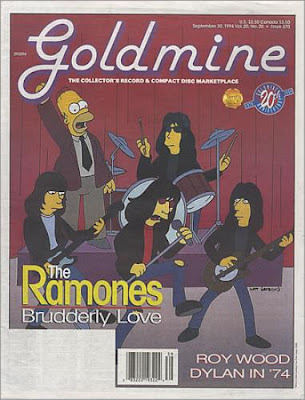 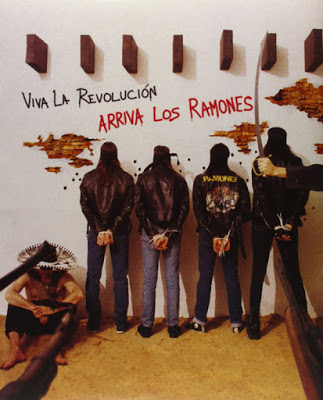 This Is Rock 'n' Roll Radio with Dana & Carl airs Sunday nights from 9 to Midnight Eastern, on the air in Syracuse at SPARK! WSPJ 103.3 and 93.7 FM, and on the web at http://sparksyracuse.org/ You can read about our history here.
The many fine This Is Rock 'n' Roll Radio compilation albums are still available, each full of that rockin' pop sound you crave. A portion of all sales benefit our perpetually cash-strapped community radio project:
Volume 1: downloadVolume 2: CD or downloadVolume 3: downloadVolume 4: CD or downloadWaterloo Sunset--Benefit For This Is Rock 'n' Roll Radio:  CD or download
Carl's writin' a book! The Greatest Record Ever Made! (Volume 1)will contain 165 essays about 165 tracks, each one of 'em THE greatest record ever made. An infinite number of records can each be the greatest record ever made, as long as they take turns. Updated initial information can be seen here: THE GREATEST RECORD EVER MADE! (Volume 1). My weekly Greatest Record Ever Made! video rants can be seen in my GREM! YouTube playlist. And I'm on Twitter @CafarelliCarl.

Email ThisBlogThis!Share to TwitterShare to FacebookShare to Pinterest
Labels: Greatest Record Ever Made, Pop-A-Looza, Ramones