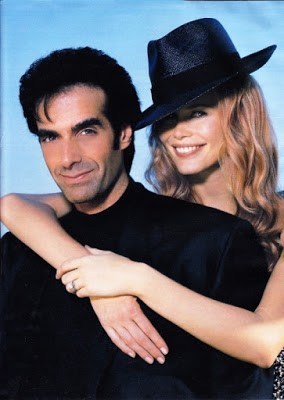 Each week, the pop culture website Pop-A-Looza shares some post from my vast 'n' captivating Boppin' (Like The Hip Folks Do) archives. The latest shared post is my summary of celebrities I've unexpectedly encountered in public, "Well Hello There, Famous Person!" 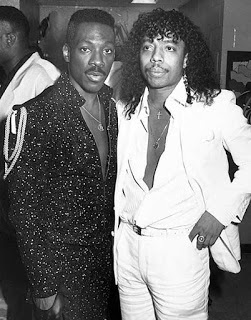 The Pop-A-Looza post omits a paragraph about Rick James, so lets put it here for posterity:

Same Buffalo record store, also in '85. Punk funk superstar Rick James hurriedly strolled by the store one day, on his rapid way to anywhere-but-here, a trail of admirers shouting after him. (My wife Brenda also saw members of James' group The Stone City Band at the Buffalo airport while waiting for a flight to New York. And we both saw James in the audience at the above-mentioned Eddie Murphy show.) 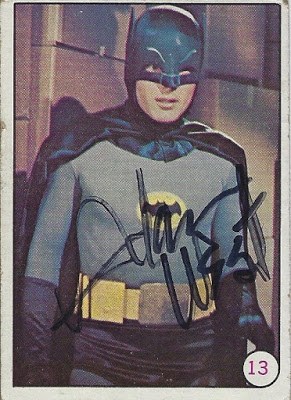 I may do a sort-of follow-up piece eventually, about celebrities who gave me autographs ("Sign In, Please!"). Even if I omit Mickey Mantle, Joe DiMaggio, and the rest of the 1972 New York Yankees Old-Timers Day team and Superman creators Jerry Siegel and Joe Shuster, Batman co-creator Bob Kane, and other comic book superstars I met at a DC Comics convention in 1976, the list would include Gene Roddenberry, Harlan Ellison, Herman's Hermits, The Searchers, Peter Tork, John Sebastian, Micky Dolenz, Adam West, Gene Simmons and Bruce Kulick of KISS, Carmen Basilio, David Hadju, George Perez, and probably some others I'm forgetting in the moment. If I included autographs I received by mail, I could add Joan Jett (who signed the published two-page frontispiece spread for my 1994 Goldmine interview with her) and Stan Lee (who signed a copy of Origins Of Marvel Comics that I won from Marvel).

But for now, let's talk about celebrities spotted randomly in the wild. "Well Hello There, Famous Person!" is the latest Boppin' Pop-A-Looza. 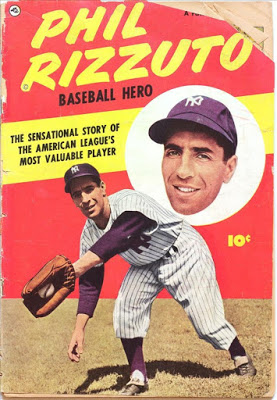 Email ThisBlogThis!Share to TwitterShare to FacebookShare to Pinterest
Labels: Pop-A-Looza