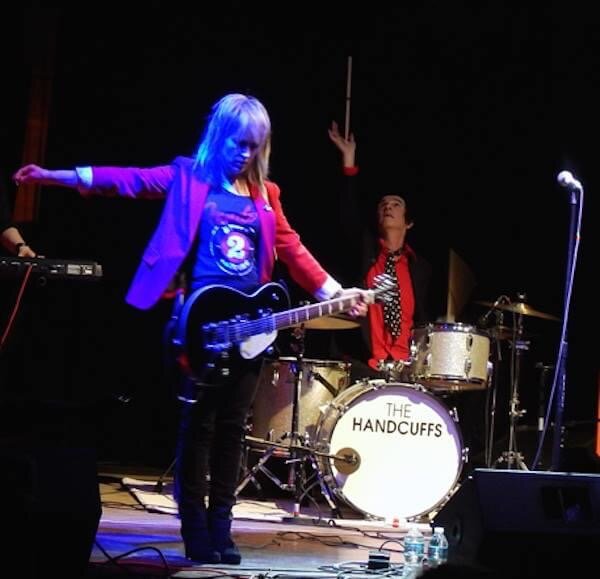 This week's edition of 10 Songs draws exclusively from the playlist for This Is Rock 'n' Roll Radio # 1134.

THE HANDCUFFS: I Cry For You 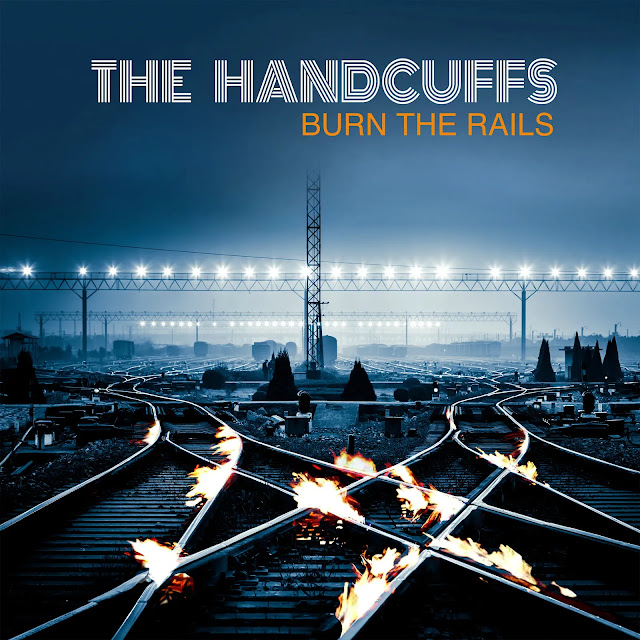 I first heard the pulse-poundin' prowess of drummer Brad Elvis when he was in the group Screams in the '70s, and subsequently when he was with the Elvis Brothers in the '80s. Later, I became a big fan of Big Hello, an ace combo that included Brad and his wife, super-powerhouse singer-guitarist Chloe F. Orwell. Brad 'n' Chloe eventually bid farewell to Big Hello to form their current team, the Handcuffs.

Why stop now? The Handcuffs have a fab new album, Burn The Rails, and its radio-ready track "I Cry For You" opens this week's exciting edition of TIRnRR. As it should. With Brad and Chloe, we have a proud tradition to uphold.

NOLAN PORTER: If I Could Only Be Sure 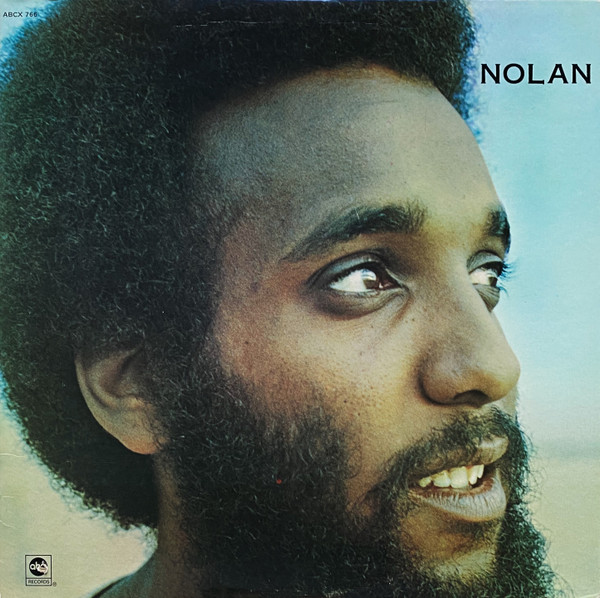 As a pop fan with more than six decades' experience, I'm constantly thrilled by fresh reminders that there's still so much fantastic music I haven't yet discovered. That includes new releases, of course, but it also means old stuff that somehow escaped the spotlight of my short attention span. You know the mantra: Any record you ain't heard before is a new record.

Nolan Porter was a soul singer in the early '70s. The irrepressible interwebs suggest that Porter recorded two LPs, No Apologies and Nolan, and scraped the bottom of the Hot 100 with a few of his singles. About two weeks ago, intrepid TIRnRR listener Dave Murray brought one of Porter's singles to my attention, and now I'm an instant Nolan Porter fan.

Seriously: what I've heard of Nolan Porter's stuff is flippin' fantastic, making its relative obscurity all the more mystifying. Porter passed away in 2021; his work is well, well worthy of wider acclaim...or at least some acclaim, fercryinoutloud. A CD two-fer reissue of No Apologies and Nolan is an elusive artifact--wish someone would reissue that reissue awready--but I've been buying the digital tracks. Nolan Porter makes his TIRnRR debut with this week's spin of "If I Could Only Be Sure." We'll hear another of Porter's shoulda-been-hits next week. 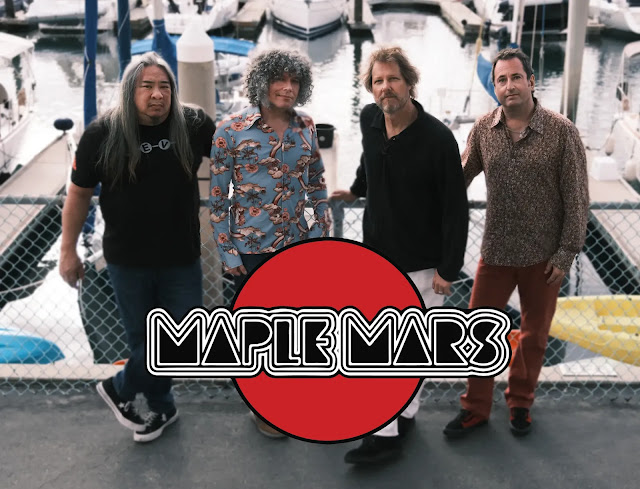 Like Big Hello and the Handcuffs, Maple Mars has likewise been a long-time fixture on TIRnRR playlists. So we jumped at the opportunity to play "Gliding," the advance single from Maple Mars' brand-new album, Someone's Got To Listen. "Gliding" is the second advance Someone's Got To Listen track for which we've done the jumping thing, following our console-thumping on behalf of "Goodbye California" last year.

Wait..."last year?" Man, that's a long time to pause in between teases. BUT! The pause expires at this point, as the album is available for preorder right now, a month ahead of its long-awaited release. We've heard it. It's good with a capital G and that rhymes with P and that stands for POP MUSIC!! Someone's got to listen. You'll be glad you did. More from Someone's Got To Listen coming your way. Immediately. 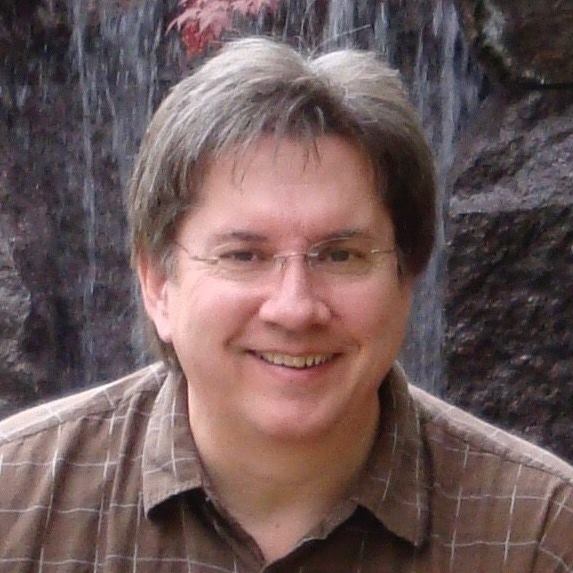 I may not have mentioned that This Is Rock 'n' Roll Radio, Volume 5 will include "Just Like Me," a new solo recording from Flashcubes singer/songwriter/bassist/debonaire man-about-town Gary Frenay. Gary originally recorded the song as a demo with his post-'Cubes outfit Screen Test in the '80s, and this finished 21st-century recording also employs the talents of Gary's 'Cubes and Screen Test colleagues Arty Lenin and Tommy Allen. The track will appear on Gary's next solo album, due out in 2023, but it will make its first commercial appearance on TIRnRR 5.

That's our goal with TIRnRR: to continue to bring you fine, fine pop music, both on the radio and at retail. Worth mentioning, right? You're welcome, my friends. You're welcome.

BALLZY TOMORROW: Out There 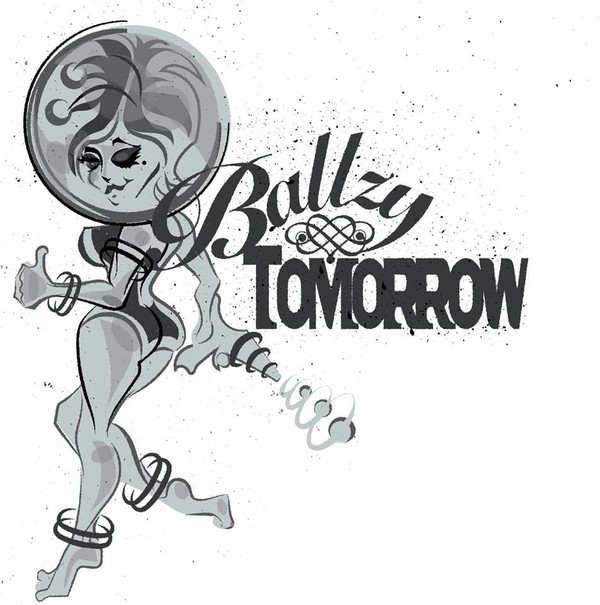 LAURIE BIAGINI: In The Here And Now 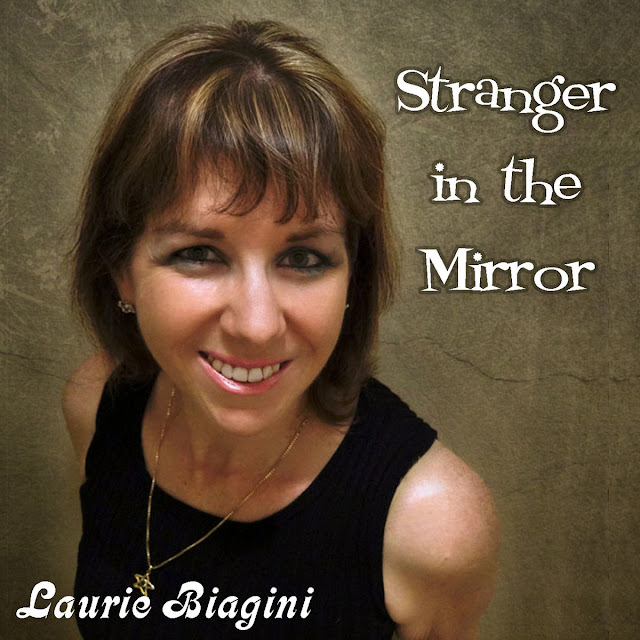 It's been waaaaay too long since the last Laurie Biagini album, 2013's Sanctuary Of Sound. We've been playing advance tracks from Laurie's new effort Stranger In The Mirror, and we're delighted to say that album has now been released. We celebrate by playing one of its tracks, the non-single "In The Here And Now," which sounds so catchy and compelling we think it oughtta be a single after all. We play the hits!

ROBIN LANE: All I'll Ever Need 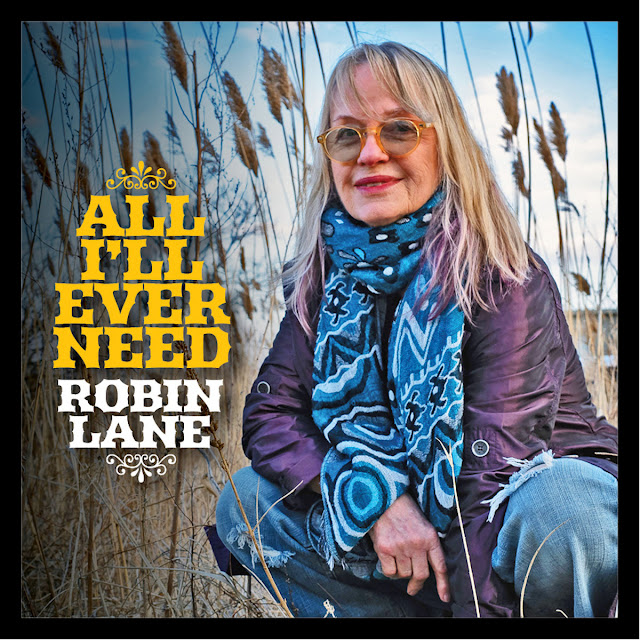 We debuted Robin Lane's new single "All I'll Ever Need" on last week's show. Robin herself posted a note of gratitude for the airplay; whenever a veteran artist shares appreciation for whatever the hell it is we do here, I'm struck with a wish I could go back in time and tell my younger self about it. Hey, late '70s/early '80s incarnation of me!, I'd say. Someday, my friend, you're going to receive acknowledgement, even thanks, from a lot of the people making the records you're listening to right now. You'll hear from members of Robin Lane and the Chartbusters, the Beat, the Pandoras, the Records, Nikki and the Corvettes, the Cowsills, the Rubinoos, the Barracudas, the Knickerbockers, Screams, and more! You'll talk to the Ramones and Joan Jett on the phone. Hell, Micky Dolenz will share something you wrote about the Monkees. No, never mind what "sharing" means in this far future world. Trust me; it's a good thing.

My younger self, naive li'l git he/I was, will believe all of it. The fact that it's true is friggin' mind-blowing. And it remains a thrill, even as my teens and early twenties slip even further away in the rear view mirror. I'm still that giddy, star-struck kid.

I always will be. It's still all I'll ever need. The Greatest Record Ever Made!

THE PARTRIDGE FAMILY: Singing My Song 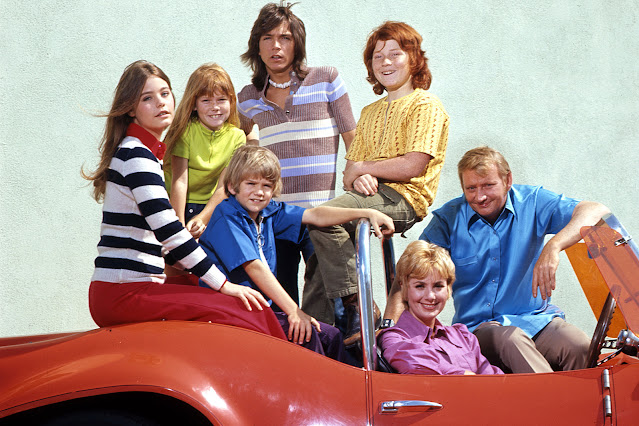 My 62nd birthday was in January. When I was younger, 62 seemed so old. Now, while it's true that my curated collection of aches and pains can sometimes make me feel as old as my teen self once deemed 62 to be, it's also true that I ain't dead yet. I still read my superhero comic books, I still listen to my rockin' pop music, and I still retain a spark that insists I'm not too old for fun. I've developed sufficient maturity to perform necessary tasks and meet expected obligations. If time has slowed me down an eensy little bit, I'm still only 62.

We don't measure that in dog years. I aim to dance to punk rock at my daughter's wedding next year, and to keep dancing for a few decades thereafter. Don't tell me I can't. I didn't listen to naysayers when I was 17, and I'm not gonna start heeding the whining of crybabies now. I'm 62. And I'm singing my song.

We're all products of what made us. I was built by family and friends, art and pop culture, education and experience (to the extent either of them stuck with me). I was formed by Batman and the British Invasion, the Sex Pistols, Motown, rock magazines, paperback novels, AM radio, FM radio, science-fiction, cartoons, pretty pinups, bubblegum cards, home cooking, fast food, Watergate, crushes on Suzi Quatro and Yvonne Craig, resentments, love, telephone conversations, occasional excess, regrets, excuses, adjustments, wins, losses, stalemates, and TV shows. And pie. Your individual composition may vary.

But that's not why I listen to it. I don't need outside stimuli to feel young, nor validation to know I'm right. I listen because I like it. I'm old enough to be comfortable with that. Don't bug me when I'm singing my song. 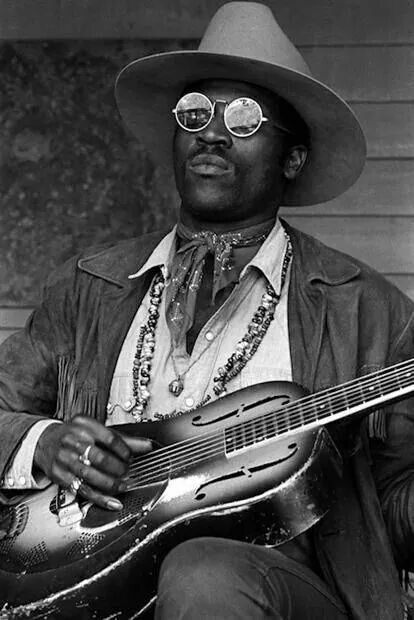 The legendary Taj Mahal is primarily regarded as a blues musician, though that oversimplifies his stature and footprint. He's certainly played some rock 'n' roll music in his day, and I say his 1969 take on "Six Days On The Road" is the signature version of this oft-covered country classic (originally a hit for Dave Dudley in 1963). Genre labels are useful. But labels don't define us.

Sing it and play it, Taj Mahal. Time for us to hit the road. And we're gonna make it home tonight.