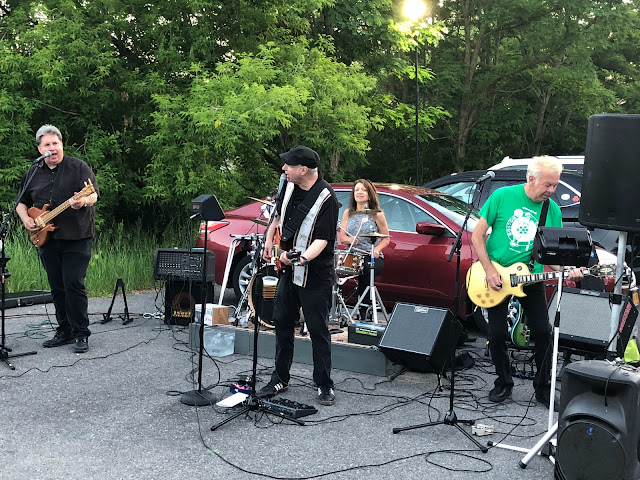 My favorite power pop group the Flashcubes began their first band practices in the summer of 1977. I had no knowledge of them at the time. For me, this was the period between the welcome end of high school in June and the daunting prospect of college life beginning in late August. Phonograph Record Magazine had given me a nascent interest in punk rock, but I had not yet heard the Ramones, the Sex Pistols, or any of the other groups I read about in PRM. I had not yet encountered the phrase "power pop." All of this would become very, very important to me in short order.

The Flashcubes were integral components of my growing awareness and embrace of rockin' pop music. When I finally saw my first Flashcubes show in January of 1978, I knew immediately how important the 'Cubes would be to me. That has never changed.

This past Tuesday, June 14th, three of the original Flashcubes--guitarists Paul Armstrong and Arty Lenin and bassist Gary Frenay, with the mighty Cathy LaManna keeping time in place of drummer Tommy Allen, who was in another area code--performed a brief set as a de facto 45th anniversary celebration. The short 'n' sharp blast occurred outdoors, at the unlikely scene of the Green Lakes Lanes bowling alley in Fayetteville, New York. I'm told that no rehearsal went into the making of this performance. It was magnificent nonetheless. It's the friggin' Flashcubes, man. That's good enough for me. 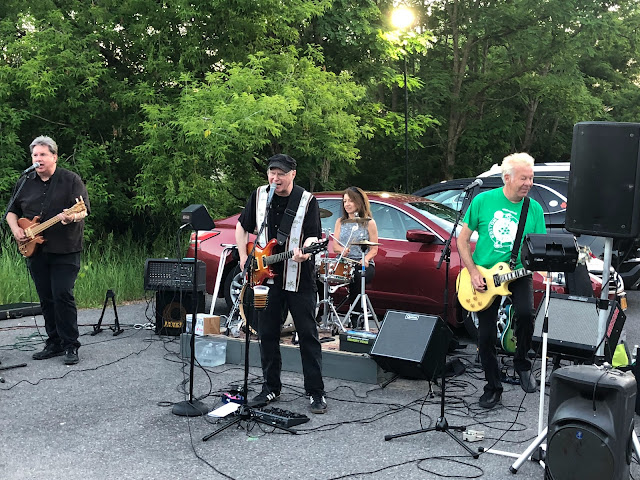 THE FLASHCUBES
Set list
Green Lakes Lanes, June 14th, 2022
HOLD ME TIGHT (John Lennon-Paul McCartney)
IT'S YOU TONIGHT (Gary Frenay)
PATHETIC (Paul Armstrong)
WHEN WE CLOSE OUR EYES (Arty Lenin)
I NEED YOU (Ray Davies)
NO PROMISE (Gary Frenay) [The Greatest Record Ever Made!]
SOLD YOUR HEART (Paul Armstrong)
GIRL FROM GERMANY (Arty Lenin)
DO ANYTHING YOU WANNA DO (Ed Hollis-Graeme Douglas)
DIZZY MISS LIZZY (Larry Williams)
RAWHIDE (Fred Wray-Milton Grant)
The Flashcubes are still out there. They don't play together often in a live setting, but they recently released a live album, Flashcubes On Fire, preserving their 1979 audio arson at The Firebarn in Syracuse. They're in the midst of a series of new digital singles for the fab SoCal label Big Stir Records, as the 'Cubes remake power pop classics originally performed by some of their favorite acts, often enlisting members of those original acts (like the Spongetones, Shoes, Pezband, etc.) to participate in the Cubic remodel. 45 years on, the lights are still bright. Smile, everyone. It's the Flashcubes. 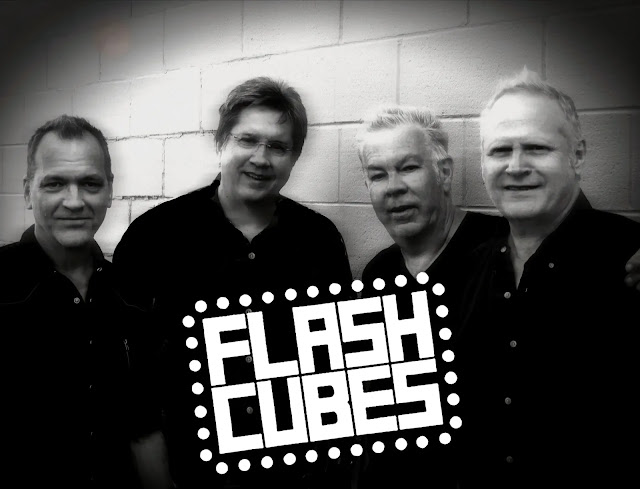